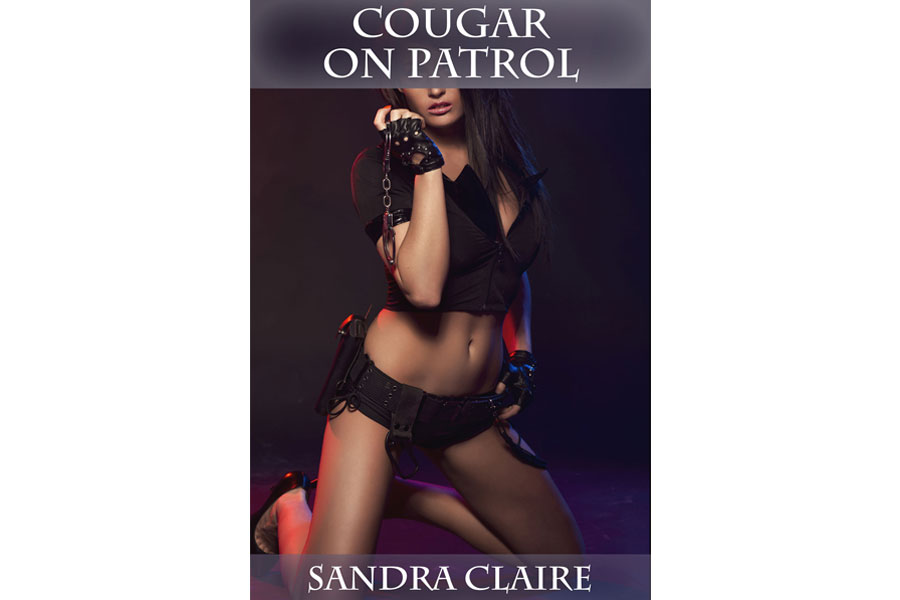 Rachel is in her forties and stuck in a dead-end job as a night security guard, and the only thing that brings her pleasure is the memory of a hot one night stand she had with a young guy a month ago. Alone at work and horny, she takes her pleasure into her own hands … until she realizes she’s not actually alone. Peter, the cute young guy who often works late, is working extra-late today — and when she watches him on the security feed, she can tell he’s just as turned on tonight as she is … and taking his pleasure into his own hands as well. Taking the biggest risk of her life, she decides to go and help, and initiate a chain of seduction that might get her fired, but which most definitely will be unforgettable.

Her pussy was sopping wet, covering her hands in her juices, and still she wanted it deeper and harder. Her attention wandered from the video and back to the young man who had seduced her weeks ago, how he had fucked her remorselessly, how he had owned her cunt. She tossed her head back and closed her eyes, thinking more of that day, yearning for it to happen again soon.

The audio coming from her phone changed, so she opened her eyes and looked down at it. Now, the fucking was beginning. The jock eased his cock into the MILF’s pussy until it was halfway in, then he slammed his hips against hers. She let out a lustful yelp and reached behind her to play with his balls as he did it again.

Fuck, I need it bad. Rachel decided to go back to the pub tomorrow night, see if that guy was there again — or if there were any other young guys who were looking for a hot piece of mature ass. Cougars and MILFs are in, I think. I’m prime real estate.

An unexpected movement on one of the security camera feeds caught her eye. She slammed her feet down on the floor and shimmied her pants up and closed them. God-fucking-damn-it! The one time I’m not alone in the building is the one time I do this! She shut off her phone and shoved it back in her pocket.