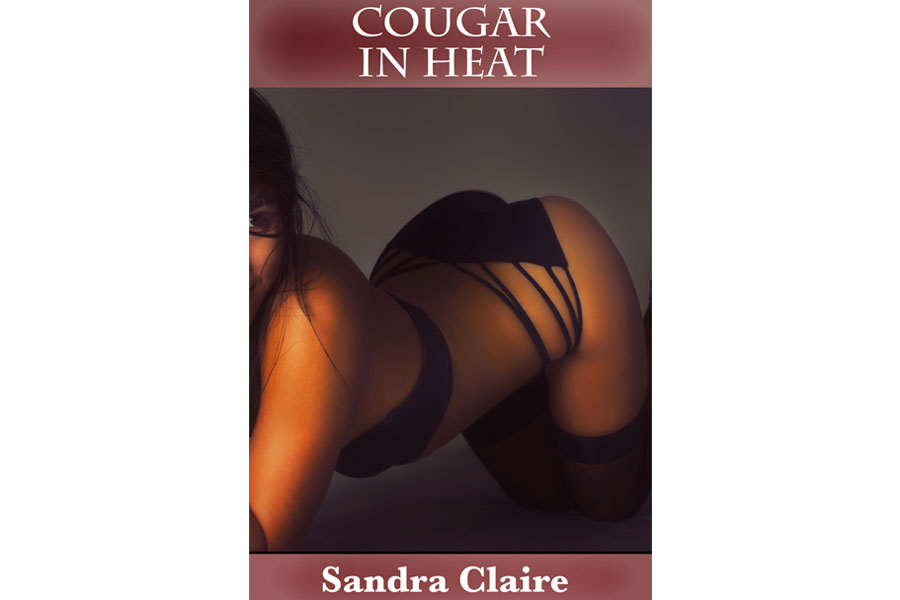 Jesse is on a ski trip with his buddies and having a blast — even more so because his friend’s mom, Melissa, came along to “take care” of the guys. Melissa is a smoking hot MILF and she’s clearly flirting with Jesse, especially with how she “accidentally” let her breasts fall out of her shirt in front of him. But no matter how much Jesse wants her, he can’t act on his desires because a guy doesn’t sleep with his buddy’s mom. When Jesse takes some time to relax in the resort sauna, he’s a little surprised … then incredibly turned on when Melissa joins him, quickly shedding her towel.

Jesse put his hand at his side again and looked around the sauna. He needed something to distract himself, to take his mind off Melissa and her breasts, and the way her nipples had been so hard and pointed and how he wanted to take them in his mouth and lick them and nibble them and then slide his hand down—

Jesse paced around the sauna, his hard cock sticking straight out in front of him. He tried to focus on other things, the darkness of the room, the heat on his skin, the scorching wood against the soles of his feet ... it was starting to work, his cock was slowly deflating. He approached the pit at the center of the room — it was a traditional sauna, with hot stones and water to pour over them. He ladled out some water and poured it over the stones. It hissed and immediately filled the room with steam.

He sighed and sat back on his towel, satisfied that he’d managed to get his mind off Melissa. He thought, instead, of the next day and the slopes he wanted to accomplish — if he could manage to get the diamond slopes down pat, and he’d managed it decently today with no major crashes, then he could probably attempt a double diamond before their holiday was over.

The door clicked as someone opened it, pulling him from his thoughts. With all the steam in the room and the dim lighting, he couldn’t make out if it was one of his buddies or not, though neither Ryan nor Simon had expressed any interest in joining him for a steam.

Jesse grunted a hello, but the guy didn’t respond, so he just closed his eyes again and leaned his head back against the wall. He felt the flutter of a towel against his leg. The sauna is empty and this douchebag has to sit right next to me? Jesse opened his eyes, trying to figure out how to politely make the guy move over six inches.

His eyes nearly bugged out when he saw who was next to him.

“M — Melissa?” he said, barely stuttering out her name. What the fuck was she doing in here? He suddenly realized he was buck-ass naked with his cock flopping about, so he quickly folded the towel over his lap.

“Hi, Jesse,” she said, sweetly. She was wrapped in a large towel from mid-breast down to high on her thighs. Her hair was tied behind her head in a loose bun and sweat was already beading and rolling down from her forehead, making wet paths to the cleft between her tits.