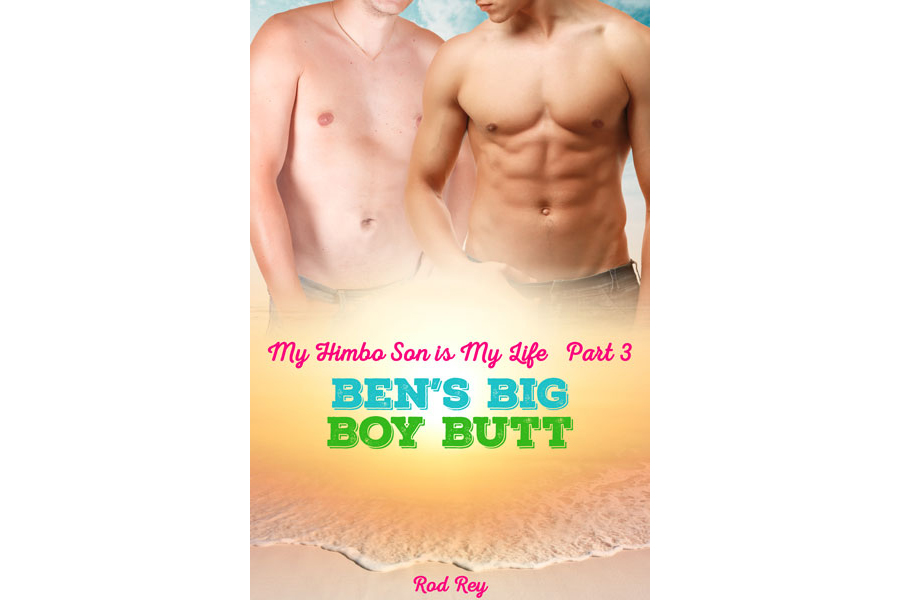 The big moment has come for Joe to experience what it's like to be inside his son, Ben. That big boy butt has done nothing but tease Daddy. He's tasted his son in more ways than one, and his love for him continues to grow, so taking Ben from behind is another new way to bond as father and son.

But first, Joe must confront his younger brother, Jack, about the kind of "birds and bees" talk he gave Ben. The talk was to be about sex, as thoroughly and explicitly as possible from his own perspective, to just give it to him raw, with no shame, and pound all that info into him. It's no wonder Ben has been so experienced.

When Joe confronts Jack, the conversation stirs up some new brotherly feelings for him. Maybe Jack needs to be taught a hard lesson by his big bro, a lesson he'll never forget. Only then can Joe finally move on and get to know Ben in the same way Jack already has, except with the kind of love that only a father can give to his son.

But little does Joe know about another piece of information involving Ben's big boy butt; it's more popular than Joe has ever imagined.

Much, much more popular.

“Be lucky you have a gay son to mess around with. I wish my gay son could pleasure me like that, especially since he’s a lean jock and just hot as fuck. Cute fucking butt too. Man, wish I could eat the fuck out of that hole.”

“Yeah, he’s oddly not against being naked in front of me, and he’s seen me too. But it was brief while changing clothes, just a couple of times.”

Ah, my nephew. Justin was exactly Ben’s age but already halfway through college since he didn’t have the same academic struggles Ben did. He lived in Florida and had spent a big chunk of his life there with his mother. Jack was right. Justin was hot. Though, not as hot as Ben. But if he were to ever want to join in on the fun, I’d make sure to fuck him first to get back at Jack for fucking Ben first. I wasn’t obsessed with virginity or anything, but I would’ve rather been first than Jack out of the two of us. Ben was my son, after all.

“Have you fucked him yet, Joe?”

“You should fuck Ben one of these days. Pound that hot ass for all it’s worth. You’re going to love it too.”

The thought of that boosted my hormones. What was it like being inside my own son? His big butt riding my big cock while jiggling enough to make me come.

“Just let go of every negative emotion and enjoy the feeling.”