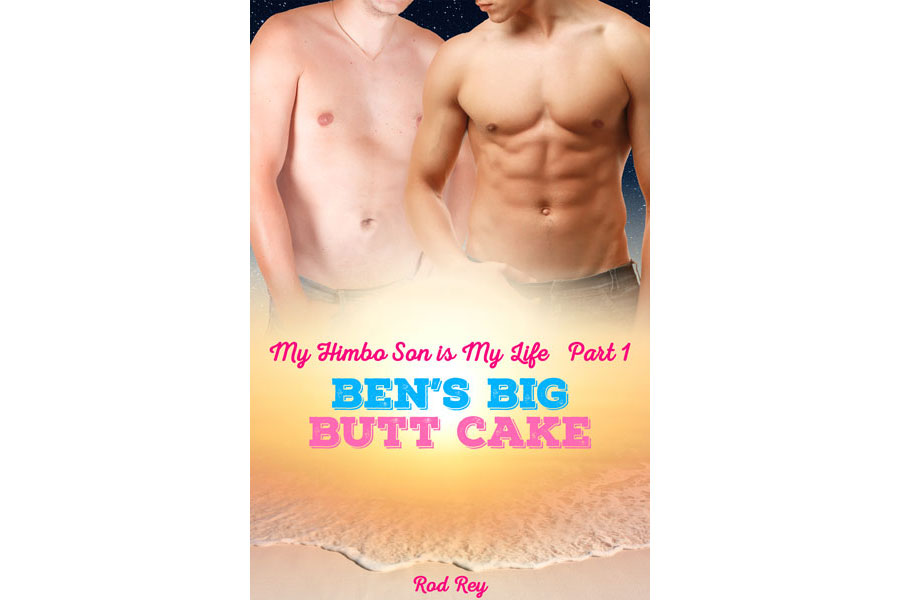 On the verge of getting a divorce, Joe is in for a long night alone in his bed. Bettie leaves him for a younger, fitter man who only makes him realize how much of a turn-off his dad bod is to her. Granted, he’s had deep desires for their son, Ben, the perfect match for him, who happens to be forbidden. But he’s never cheated on his wife and has managed to be a faithful and loyal husband.

Joe has hidden his secret desires for too long now, and therapy has been useless. When Ben finds out about the divorce, he wants to console Joe like the good, loving son he’s always been. He can’t express his emotions like most people can, and he speaks in a monotone. What he can do, however, is make Daddy happy in his own way. He knows just the thing too: making a butt cake. It may seem silly, but what it could lead to is anything but. Could it actually bring them closer than ever and redefine their relationship as father and son?

I didn’t want Ben to see me like this. It was bad enough that his deep voice soothed me in a way it shouldn’t. I sniffled and wiped the tears off my face. I tried to sound as calm as possible. “Yeah?”

I turned around, and my eyes widened at his big, jockstrapped ass waving at me with a horse tail in the form of a butt plug. What had made him think to do that? And a butt plug too? But my cock didn’t care because it started growing at the sight of his beautiful body. He was a smooth jock who was heavily focused on his attractive looks and spent more time exercising his muscular body than his “flabby” brain. Though, I probably shouldn’t talk since I could afford to get back into shape with my flat-assed dad bod. Even Jack was muscly and defined with a perky ass, a golden wolf to be specific.

This was why I didn’t want to let Ben leave. He was so innocent and naïve. He was the true definition of a himbo, and I worried about him being taken advantage of by wolves in disguise. I wasn’t sure what his sexuality was, but I knew men would be as hungry for him as I was. Still, it was his chance to break out of his shell after being homeschooled his whole life, albeit with major academic struggles that Bettie and I had needed to help him with after failing twice, hence his “delayed” graduation. It was important for him to get out there into the world and do other things. He was a man now, a well-developed one at that, and he needed to grow both mentally and emotionally. I’d recently told Jack to help me out by getting it through Ben’s head, so I had hope.

But I’d always lust after my own son. I loved him more than my life, but he was a man, and so was I. I couldn’t help my feelings. Maybe it was for the best, though. Because now that Bettie was gone, and if Ben ever felt the same way, our father-and-son bond would change forever. There’d be no turning back.