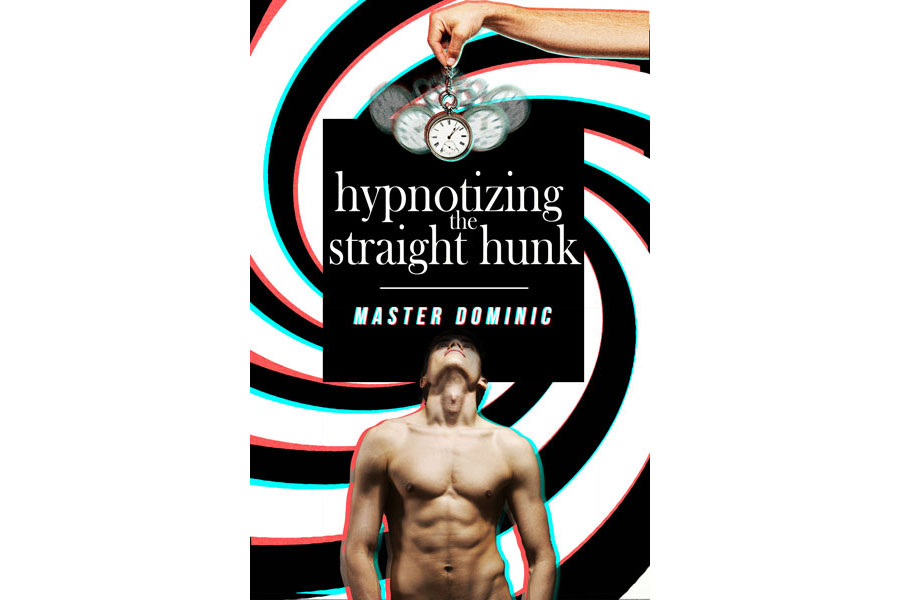 When Jack comes to Coach Peters to talk about performance anxiety on the football field, Coach thinks there’s more than meets the eye. Specifically, he’s pretty certain that Jack is a closeted gay guy, battling with himself, and that’s holding him back in sports. Coach proposes a wild idea — hypnotism — as a way to relax and work past mental barriers. As soon as Jack is under, though, Coach’s devious libido takes over. Instead of working Jack through some relaxation exercises, he instead unlocks Jack’s closet door, letting the hunk’s wild gay lusts run free. What follows is a one-on-one session that Coach will never forget.

Hypnotizing The Straight Hunk is a 3,300-word short story.

“Have you ever considered hypnotism?” I ask.

Jack, my star athlete, is laid out on the couch in my office. Even though I’m his football coach and not a psychologist, we’ve been meeting regularly to talk about the apparent lack of motivation he’d been feeling about the sport lately. Back when I was a high school gym teacher, I doubled as the school’s guidance counsellor — and those skills were coming in handy here at my new college position.

It had become clear to us pretty quickly that this wasn’t a matter of exam stress or some other temporary issue for Jack, but rather some deep-seated issue that was now surfacing.

Jack looks at me, eyes curious. “Would that help?”

“It can,” I answer. “Hypnotism can relax you and unlock any mental barriers you’ve got erected in your head.”

“And you can do this?” he asks. He sounds eager.

“It’s been a while, but yeah.” What I leave out is that I’ve never done hypnosis for therapeutic purposes. Back during my own years as a college student, I made some money as a magician for parties. It was mostly sleight of hand at kids’ parties, but when the occasional adult party gig happened, I always included some hypnotism. You know, the usual stuff, cluck like a chicken, bark like a dog.

“All right — lie back and get comfortable. Close your eyes.”

Jack does what I instruct and settles down. The leather couch groans softly under his bulk. Now that his eyes are closed, I take my chance to look at his magnificent body. Dressed in jeans and a T-shirt, nothing is left to the imagination. His arms and chest are big and bulky, his waist tapers and narrows, and he has a large bulge nestled between his thick thighs. My heart does a little pitter-patter and I feel my cock start to thicken.

I shove those thoughts aside and focus on the task at hand. Hypnotism.

Right on cue, Jack lets out a long, slow sigh and he seems to almost melt into the couch with how relaxed his body is. I wait several long moments before moving or saying anything further, just watching Jack and seeing if he’s truly under. His breathing is very slow and steady and his body seems entirely still — no involuntary twitches, no restlessness, no sign that he’s conscious of the moment.

My cock grows hard as I watch him. It’s been a very long time since I’ve lusted over a man and I find myself developing impulses right now that I can’t follow through on. I’m his coach and nearly twenty years his senior — I can’t make my move on him. Plus, he’s straight.

But the devious voice in the back of my mind reminded me that he’s under my spell right now … that a little touch wouldn’t be bad. I could feel him — gently — and then move on with the hypnotism to dig into his subconscious. And then I can go home and jerk off and pretend this didn’t happen.

But I want to.