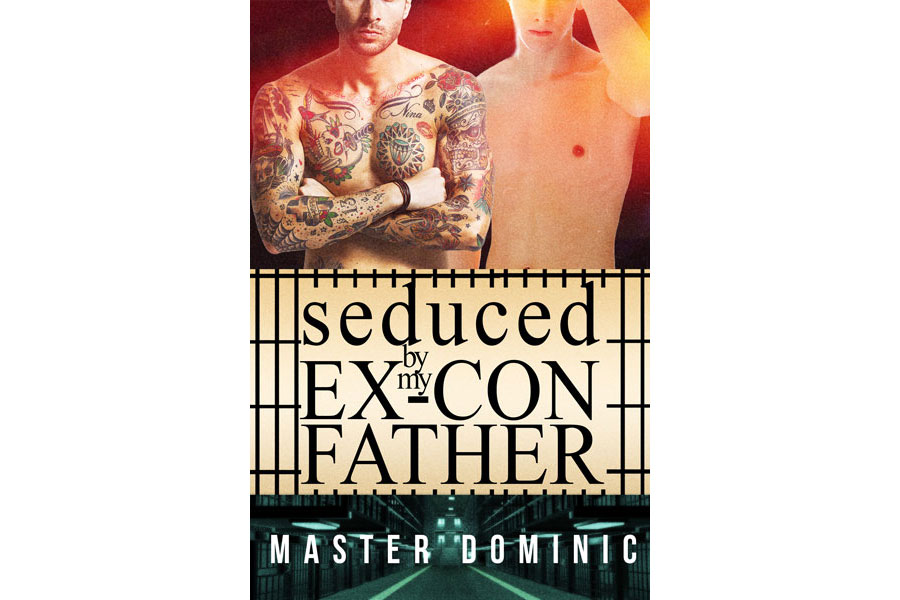 The last time Jason saw his father was when his father was being sentenced to jail. Now, eight years later, Jason is an adult and his father is home — and neither one really knows who the other person is anymore. What Jason does know, though, is that he hates this man who he once called “dad”.

But in a brief moment when his dad tries to connect with Jason as an adult, his dad takes a risk and makes a move on Jason. He shows his son the most important thing he learned while in jail all those years — how men make love.

As I close the bathroom door and strip everything off, my mind is consumed with conflicted thoughts and emotions. Maybe a hot shower and going to bed early will calm my mind, and a good night’s rest will have me thinking clearer tomorrow.

I hear some footsteps going down the hall and I stare at the door, knowing who’s wandering around the second floor. With mom out at a movie with my aunt, those footsteps belong to my dad.

Last time I saw him, I was ten. That was eight years ago. I don’t know him as an adult — and he doesn’t know me as an adult, either, I guess. To him, I was a little kid when he left. Right now, we’re strangers to each other.

I turn on the water and the bathroom starts to fill with steam. Again, I hear dad’s footsteps walking down the hall. I do my best to ignore the noise — to ignore him — and I step into the shower. I soap up and start scrubbing my athletic body and my long dick. I can’t help but think of my girlfriend right now — she loves my dick. It gets to places that no other man has reached in her. I start stroking, using the soap as lube to make it nice and slippery.

Just as I let out a soft moan of pleasure, I hear the bathroom door being opened and then the taps being turned on.

“Um … the bathroom is occupied,” I say. I don’t even bother to hide my annoyance.

The taps turn off. “Oh, right,” dad says. “Sorry … sorry. I’ve spent eight years in a place with no privacy.”

I sigh, but I try to keep it silent and just wait for him to go away. But he doesn’t.

I pull the curtain aside so I can glare at him. “Privacy. Please.” He’s shirtless, giving me a view of his muscular chest and colorful collection of tattoos. All he has on is a pair of loose sweatpants.

Dad looks at me with hurt eyes, but then his gaze travels south. I keep glaring at him, but then realize his sight is locked on something. I look down. Fuck — my long cock is sticking out from the side of the shower curtain. I quickly adjust the curtain so I’m covered again.

Then dad looks up at my face. “You know, son, I learned something in prison. Something I never thought I’d want to know. It changed my life.”

I sigh and still don’t bother to hide my annoyance. I realize dad is looking to connect with me, to bond as father and son, but this is the wrong time and the wrong place. He doesn’t move, so I take the bait and ask, “What was that?”

Dad comes closer and sits on the toilet next to the shower. He pulls aside the shower curtain, exposing my cock. “That sex between men is natural. And it feels good.”

Before I can protest and call him a pervert and throw him out of the bathroom, he latches his mouth onto my cock. And in that instant, his oral grip is far better than that of my girlfriend. My knees quiver and almost give out as dad slides his lips up my shaft, taking my cock deeper than anyone has ever done before. He ripples his tongue on the underside of my meat, sending quivers of pleasure through to my balls.

With the apartment to himself, Christopher has some fun with pissing on himself. But when his straight roommate Aiden walks in, Christopher is ready for anything... except for Aiden lowering his fly...

Project ALPHA - Part One: The Best by Ethan White