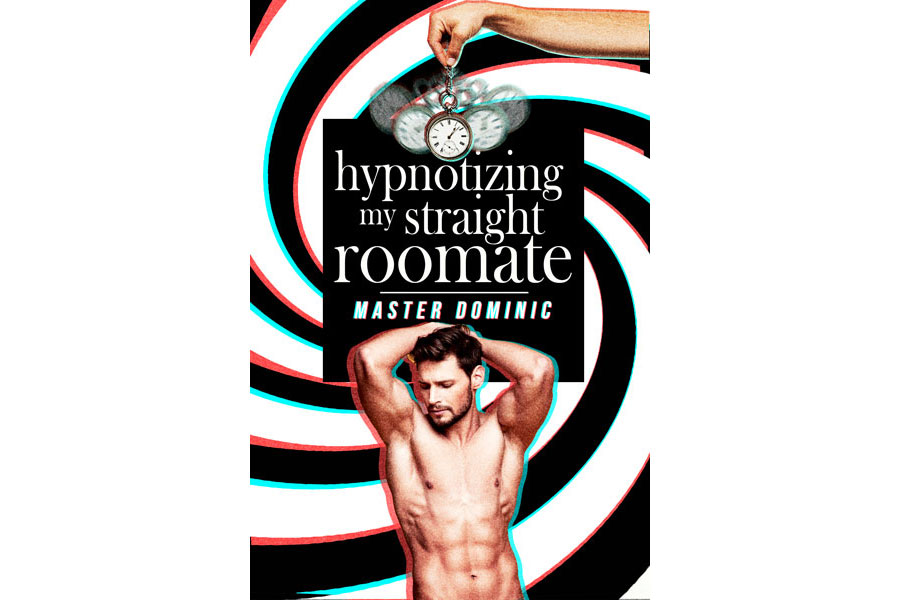 Caleb can’t stand his roommate Grant. It’s bad enough that the man is a disgusting slob, but he’s also incredibly good-looking and straight — so he can’t even get a good lay out of it. When he comes home from college classes one afternoon, Caleb has had it with Grant’s messiness. But he knows he can’t just complain — he’s done that before and it’s gotten him nothing. Acting out of desperation, he does the first thing that comes to mind … he hypnotizes Grant and makes him clean up. But once he’s got this sexy hunk under hypnosis, Caleb can’t help but act on his deepest desires.

Hypnotizing My Straight Roommate is a 3,500-word short story.

My bewilderment faded as I took in the mess again — and as the stench fully filled my nostrils and my lungs — and was replaced with only cold rage. Grant is a useless slob! I’m always cleaning up after him!

I decided I’d had enough. I stormed through the apartment, looking for him. I shoved open his bedroom door and found him passed out on the mattress. The floor was scattered with clothing and the stench of unwashed underwear filled the air.

He was lying face down in his bed, clad in only a pair of white briefs. My rage faltered for a moment — as much trouble as Grant was, he was certainly one fine looking man. Even in the half-dark of the room, I could make out the sculpted muscles of his back and the curve of his muscular ass, the white cotton of his briefs clinging tightly to his cheeks and plunging into the valley of his crack. His legs, hairy and muscular, were long and similarly sculpted.

I wondered what Grant would think if I told him how often I jacked off to mental pictures of him. He was the typical straight guy with an almost frat-like mentality — and he had no idea I was gay. More than once he’d waved his dick at me in a helicopter rotation. Straight boys could be so gay sometimes.

But because of that, I knew just how hung he was.

I sat down on the edge of his bed and stared at his ass. He didn’t stir from the jostling of the mattress. His breathing, slow and steady, helped to calm me down a little further. I had to think this through.

Yelling at Grant wouldn’t work. I’d tried that so many times I’d lost count. He’d be on his best behavior for a day or two, and then I’d come home to filth.

I had to come up with some other way to get him to clean up after himself. But what?

And then I had the craziest of ideas. In my psych class, we’d just learned about hypnotism as a form of therapy, how some people benefitted from post-hypnotic suggestions. Maybe that would be the key to changing his messy ways.

I almost scoffed at myself. Hypnotism? That was the realm of charlatans and cheap magic shows. My prof had also been clearly skeptical. He’d admitted to trying it with a few patients early in his career, but had said nothing stuck longer than a day or two.

Still, though … what if it worked?

I should try it, I decided. If it worked, it worked. If it didn’t, then it was at least a momentary distraction from the stink in the kitchen. And with Grant slumbering, his mind might even be more susceptible to suggestion than normal.

Moving slowly and carefully, so as to not jostle the mattress too much, I slipped my phone from my pocket and quickly looked up a hypnotic script that I could test out on him. A website full of spirals and abstract GIFs popped up. In a few moments, I’d navigated to a script to induce a quick hypnosis. I started reading it out loud.

With the apartment to himself, Christopher has some fun with pissing on himself. But when his straight roommate Aiden walks in, Christopher is ready for anything... except for Aiden lowering his fly...

Nobody does it better than family! In the mood for some kinky gay incest smut? Check out the super hot stories by Rod Rey!

Hey Y’all!! Thank you for supporting #EroticaWriters! Books under $2... so much sexiness to get you hot! 😈🔥