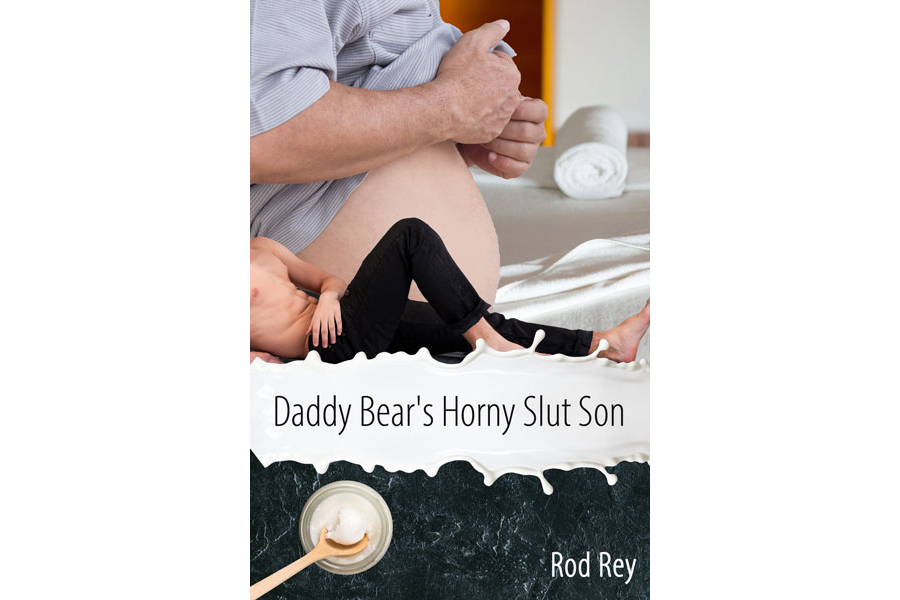 As a teen jock with a perfect body, Rudy has become superficial—if he’s going to do stuff with a guy, it would have to be a guy as hot as himself. Guys like…his older brother, who Rudy secretly idolizes. One thing’s for sure, guys like his dad—older, grayer, and somewhat resembling Santa Claus—are definitely not his type.

Rudy is about to discover just how magical his dad is with his hands.

Now, I was getting more erect, and I still couldn’t understand why. What was it like to have an erotic massage with a happy ending? I’d never even had sex or been kissed. Nick probably had, though. He’d been popular in high school, enough for it to be believable. I’d never seen him with a girlfriend, though. Maybe he was gay like me. After all, Cestin Island was very gay-friendly for being a U.S. territory. Either way, it made me want to gain experience so that I could be more like Nick. I’d always wanted to be like him because he was awesome. (And really hot in a Shawn Mendes sort of way, and I was similar, thanks to Mom’s Spanish genes.)

“Would it help if I stripped too? Maybe take the anxiety or shyness away?”

“Or how about I tell you a little secret that might make you relax more? Promise me it stays between us?”

“I know, just making sure. Well, the truth is, Nick gets a massage from me quite often. And naked too.”

“Yep. Nudity isn’t a big deal, and I’d rather him come to me for massages than elsewhere. Besides, in his case, he gets hurt a lot around his back, arms, legs…and other places too.”

Other places? That made the head of my dick peek out of the waistband of my jockstrap. Great. Dad could really see my erection now.

“So, Rudy. Ready for the massage?”

I nodded and found myself taking off my jockstrap. At this point, if Nick did it, then I would too. I’d do anything he told me to; it didn’t matter what it was. Maybe I really was more on the submissive side.

“That’s my boy.” Then, Dad shifted his gaze to my erection. “You have a real nice cock too. Almost as big as mine and about the same as Nick’s.”