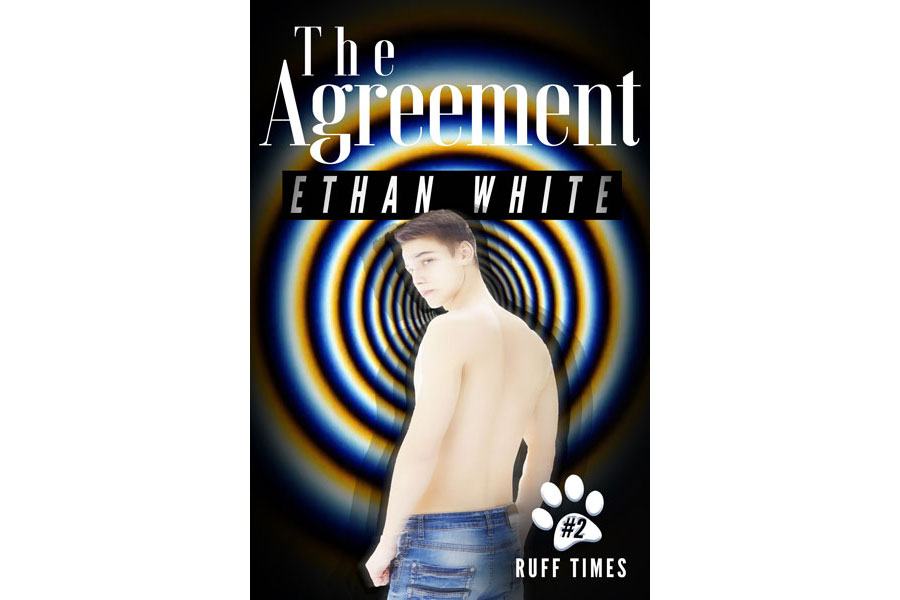 Whatever it was that Adrian did to him had proven to be a boon. For all the nervousness that Simon still felt about hypnosis, he couldn’t have gotten through midterms without Adrian’s help. His exams had gone by, and he had survived. Now he was feeling more at ease with himself than he ever had, even before all the distress that his current living situation had caused him.

All that Simon could do now was wait, hoping and praying that he hadn’t fucked any of his exams up. Granted, he was feeling pretty confident. He had gone into the tests more assured than he had expected to be. It might have had something to do with the fact that the week leading up to the exam had been one of the best weeks of his life.

For whatever reason, and Simon strongly suspected it had something to do with Adrian, he had simply had a lot more clarity of mind and ability to focus during that week. He had been able to study, and not just study, but study well.

It had even gotten to the point that his friends made jabs at his expense. They had joked about how he was evolving into a nerd. And although it was a bit uncomfortable at times, it had been a positive experience.

For the first time in his life he had been able to look at a book, read it, and remember the content. It was exactly what he’d needed to feel confident about the exams. But a part of him didn’t want to acknowledge that maybe something positive, more than just getting his rocks off, had come from the brief tryst he’d had with Adrian.

In fact, despite the gratefulness that he felt, Adrian was the last thing that Simon wanted to think about right now.

He leaned forward on his desk and drummed his fingers just beside his keyboard. He had found some random messageboard. At first, it had appeared fascinating and all, but it had quickly lost its charm. Right now, he was mostly pretending to read the thread titles, his eyes glazing over as he scrolled down the endless list of discussions, occasionally flicking to a preview image, if there was one.

It was little more than busywork for his mind. Simon needed to keep his thoughts occupied. Adrian was temptation given human flesh, and Simon didn’t want to give the guy any more of a foothold in his head than he already had.

Sure, the one encounter with Adrian had given Simon enough money to save his ass and had given him the chance to find a new job, but he wasn’t out of trouble just yet. The lingering promise of thousands of dollars became more and more appealing as the days wore on, but Simon wasn’t sure as to what he was willing to sacrifice for the much needed money.

To add to his issues, Simon had found going under incredibly arousing, and he didn’t know if he was ready to let go of control that easily. Even if there was something about giving up control that simply got his gears turning. Surrendering his independence and letting someone else muck about in his psyche made his cock twitch, but it was also a concept that terrified him to his core.

It was like there were two different Simons warring in his head. It was a constant source of anxiety that hadn’t, thankfully, bled into his day-to-day life just yet.

At work he at least managed to put forward the appearance of being a functional adult, but at home, his concentration had been shot since finishing exams. He couldn’t focus on any one thing for too long before he got distracted, by something else, thoughts of Adrian, or even an insistent, persistent throbbing between his legs.

Deep down he suspected that Adrian had something to do with it, but he doubted that the guy would stoop to such levels. But the suspicion was there, and it did nothing to help his situation. If anything, it only made him more conflicted about his desire to go back to Adrian’s place and give up control again.

What if this time Adrian took advantage and turned him into a mindless sex slave? Sure, all the literature he’d read pointed to that being impossible to do, but what if? If Adrian truly had something to do with him not finding anyone on his dating apps who he wanted to have sex with, what more could Adrian do to him? But the big question was why the thought of Adrian changing the way his mind worked made him feel so hot and bothered.

And if Adrian could have that much control over him, could he even trust his own thoughts? The fact that he had developed something of a fetish for hypnosis and being changed mentally? What if it was all the result of a suggestion that Adrian had planted in him to make him more pliable?

If he had known what sort of psychological torment he would put himself through after going under for a stranger, he would have never agreed to Adrian’s offer. But there was nothing he could do about that now.

He sighed and buried his face in his hands. He looked at the messageboard and groaned. He didn’t even remember why he’d found it interesting in the first place. He clicked off of the tab and minimized the browser, but that might have been a mistake. In doing so he attracted his own attention to the other minimized window on his taskbar.

He’d tried to forget about what was hidden behind that little blinking icon. But he couldn’t. He just couldn’t. Now, after thinking about Adrian and his stupid face and all the stupid things he might have put in Simon’s mind, Simon’s cock was hard and pressing up against his thigh.

Maybe he was overthinking all of this. Maybe he was tormenting himself over nothing. It certainly didn’t feel goodto be living in this constant limbo of anxiety.

What was it that Adrian had told him their first time together? That it was just better to let go? What if he just did. What if for once in his life he stopped trying to control things that were out of control? Hypnosis had felt so good. Letting someone else take over had been so liberating. Maybe he should just ignore the paranoid voice in the back of his head warning him that this wasn’t something he should get into.

Simon sighed. He couldn’t stop thinking about Adrian. He thought about the way that the hypnotist had taken him down, letting him drift deeper and deeper, of his own accord, and at his own pace. He took a deep breath and sighed, just like Adrian had thought him.

He closed his eyes and imagined all the stress and all the anxiety just flowing out of him as he exhaled.

His cock throbbed against his leg. He was getting hornier. His eyes fluttered open, but he felt better. He wasn’t in some blissful stupor like what he’d experienced at Adrian’s, but he felt better equipped to handle his own mind.

His left hand wandered away from the keyboard and slipped down into his pants. He massaged his cock through his underwear and moaned softly. He leaned back in his chair and closed his eyes as he stroked himself. Was it really so bad to just surrender to his urges? to give in to his desires?

Adrian had shown him that no, it wasn’t bad at all. If anything, giving in was good. And so what if Adrian changed him? Adrian, he suspected, had given him the ability to study well and focus on his academics. Even if Adrian had planted a secret love of hypnosis in his head, was that really so bad?

Sure, it had been scary, but Adrian had done nothing to make Simon doubt his trust. And Adrian had gone out of his way to make Simon comfortable. All the conflict he had been feeling so far could simply be the result of him conditioning himself to the idea that he liked to be in control, to the notion that there was something terrifying about letting someone else take the reins.

And sure, there was definitely something to fear in that liminal space in between consciousness and unconsciousness, a definite potential for abuse, he knew that he was doing himself more harm than good by denying that this wasn’t something he wanted badly. He was being unnecessarily harsh on himself by refusing to acknowledge that maybe, just maybe, he could enjoy the titillating sensation of total surrender.

Simon decided that he couldn’t do it anymore. He couldn’t handle the anxiety. The denial. Thinking that every thought was planted in his head. He knew it would destroy him if he kept it up, so he just let it go. He let his right hand navigate to that private browsing session. He pulled it open. Hypnosis videos, MP3s, written inductions, they were now all at his fingertips, and all he could feel was excitement and arousal.