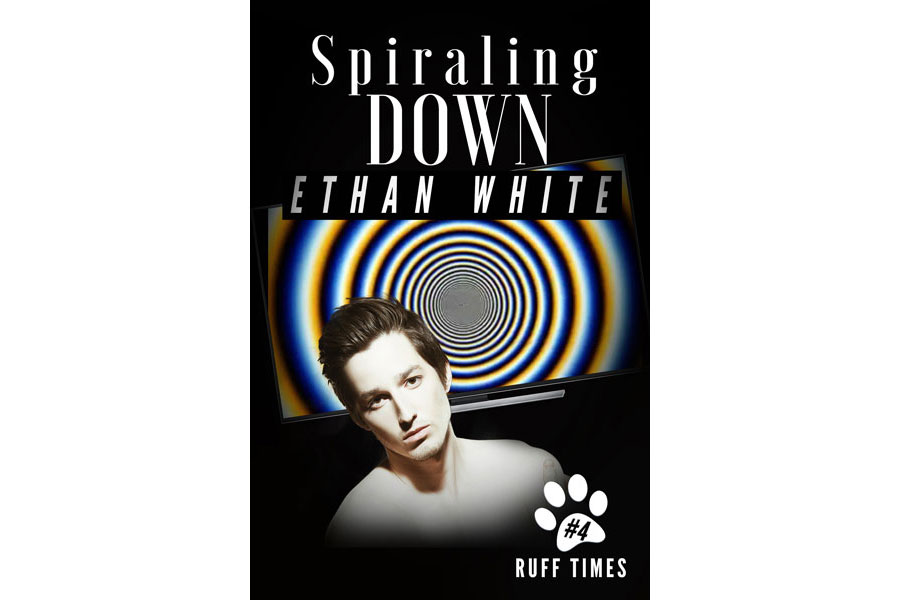 Rowan mewled and whimpered, his paws clutching at the sheets of Master’s bed. He squirmed, his chest shoulders rolling as he panted. His cheek was pressed right up against the mattress as Master’s bone slid back and forth inside of him. Master’s cock felt good in his butt. So good.

It was the best thing ever. Rowan was glad that Master had decided to breed him. He loved the way that Master’s strong hands pulled his legs apart, spreading him wide open. He loved how Master’s fingers roughly grabbed at his hips, digging into his flesh as Master pistoned into him.

Master was so good to Rowan. So good. Rowan loved feeling Master’s hot, hard cock inside of him. It made him feel full. Safe. Owned. Like he was supposed to be.

Rowan tilted his head back and whined as Master grabbed the back of his collar and pulled him up. He shifted his legs apart, giving Master better access to his twitching little pup hole. His hard puppy cock leaked pre-cum all over the sheets. His balls ached. Master hadn’t let him come since he started his training.

“Onhh … fuck, Rowan,” Master moaned. Rowan understood the word Rowan. Rowan knew his name. Master was fucking him, that was true. It was hard to think good. But that didn’t matter. Pups weren’t supposed to think. They were just supposed to feel. And he felt good. So good. But he wanted to feel better. He wanted to make Master feel better.

Rowan rolled his hips, fucking himself backward on Master’s cock. “God,” whispered Master. “Your hole is so fucking tight, pet.”  This time Rowan didn’t really understand what Master said. Human words were just beyond him.

Not that it mattered. Pups weren’t supposed to understand human words anyway. And besides, Rowan knew all the human words that he needed to know to be able to obey Master’s commands. For instance, he knew that “hole” had something to do with his butt because Master always told him to “present” his “hole” to put his tail in.

“I’m close, Rowan,” said Master, pulling hard on the collar. Rowan mewled as he felt the supple leather digging into the skin of his neck. It made breathing a little bit harder, but that just made his puppy cock leak a little bit more.

Rowan felt the pleasure building, the tension coiling in his stomach. He was close. So close. He could shoot his seed if Master let him.

But Master hardly ever paid attention to Rowan’s poor puppy cock. Master let go of Rowan’s collar. Then, Rowan felt Master’s fingers creeping up the back of his neck, threading through the fur on top of his head. Master grabbed tufts and pulled.

The pain was sharp and intense, radiating out from Rowan’s scalp, tingling down his spine to the tip of his fingers. It hurt, but the pain mixed with the pleasure, making him gasp and sputter and moan as his puppy cock bobbed uselessly between his legs.

Without warning, Rowan felt master’s hand on the nape of his neck. The next instant, Master’s weight was pushing down on his back, Master’s hand pressing his face into the mattress.

Master’s breath was hot against the skin on the side of Rowan’s face, sending shivers down Rowan’s spine. Master was close. So close. “Oh yeah, that’s it. Fuck. Tighten that ass around my bone, pup. God. You’re so fucking hot … fuck that cute little ass on my cock, bitch,” Master growled.

Rowan groaned and tightened his grip on the sheets. Master’s thrusts were so hard now, so jarring. There was no rhythm, no grace, just pure, animalistic power. Master’s hips slapped against his, and every single time it jostled a little whimper past his lips.

“That’s it. That’s it. God, I’m so fucking close, Rowan,” Master gasped. Rowan’s body tensed as Master’s fingers dug into the back of his neck. His back arched as Master’s teeth grazed the lobe of his ear. Master’s warm breath made him shiver involuntarily.

Rowan barked. “Louder, pup,” Master whispered, his voice heavy with arousal, laden with need. Rowan could feel Master’s chest rising and falling against his back. Rowan barked louder. He wanted Master’s cock. Master’s milk. Inside him. Needed it.

Master’s fingers at Rowan’s hips dug into Rowan’s flesh. It felt good. So good. He weakly bucked his ass onto Master’s cock as Master’s teeth grazed the skin along the curve of his shoulder. He howled softly into the bed because that was exactly what he wanted Master to do.

A strangled yelp escaped Rowan before he could stop himself. Master had bitten him. He could feel the teeth on his shoulder, biting down with almost enough force to draw blood. His hole tingled and twitched and spasmed as he felt Master’s cock swell and throb inside of him.

Master pulled almost all the way out and then slammed his cock home in one fluid motion. It stabbed right into Rowan’s prostate. Rowan’s entire body convulsed. His vision went white. His toes curled from the pleasure. His cock strained and pulsed but he didn’t come. Couldn’t come. Master hadn’t given him the order.

Rowan loved the feeling. It was the best feeling. A reward for being a good boy. The best reward ever.

Master collapsed on top of Rowan shortly thereafter, pinning him to the bed. Rowan didn’t mind. Master was warm and cuddly. Besides, Master’s bone was still buried in his butt. He didn’t mind that at all. In fact, if he could stay there forever, Rowan would. But Master would have to move eventually.

After a little while, Master pulled out of Rowan and rolled onto the bed beside him. Rowan didn’t really have any way to objectively measure time, so he didn’t know how long Master stayed on top of him, just that it was a very nice time.

Thankfully, Master, as always, had the solution. “Present your hole, pup,” Master said, his voice a tad hoarser than usual.

Rowan didn’t really know what Master was saying to him, but it sounded positive. He yipped happily and wiggled his butt. Master laughed. It was like music to Rowan’s ear. He was happy that Master was happy.

“Stop moving so much, Rowan,” said Master. And just like that, Rowan stopped. He kept still even though his muscles trembled with renewed energy. But he had to follow Master’s commands. Then, his eyes widened as he felt something cold and metallic at his hole.

Rowan let out a little whine as he felt his tender pucker get stretched around the metal plug that Master was slowly working into him. He took a deep breath and did his best to relax, groaning a little when the plug finally popped into place. It was cold, right now, but Rowan knew it would warm up eventually.