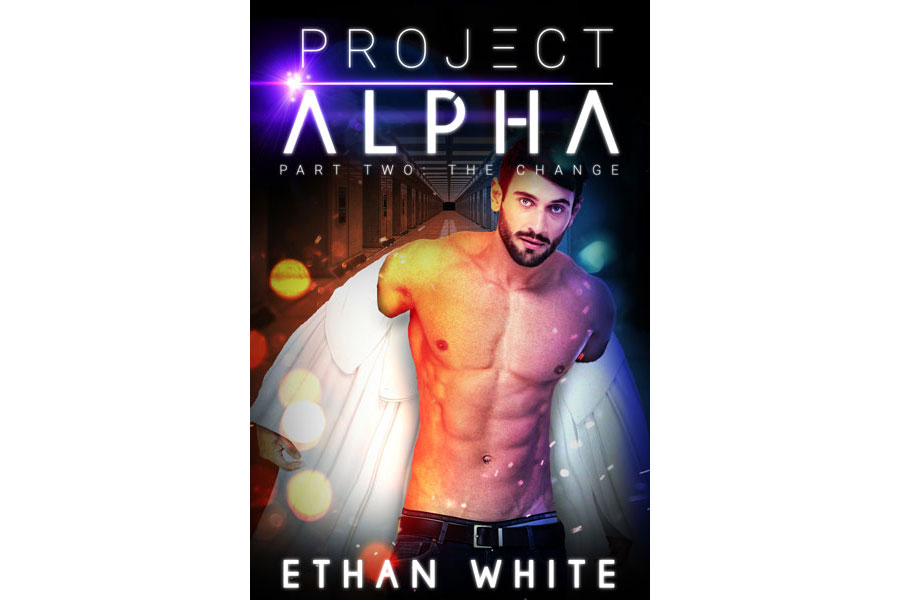 For five years, Kent had worked at the Facility. It had been an unparalleled opportunity to advance his field, as well as do the world some good. Their research had focused primarily on creating a serum that could, potentially, give people longer lives and help them fight off diseases more effectively. Of course, there had been the military bent of creating perfect soldiers, but Kent had never really given that aspect of their research much thought.

For five years, Kent had also watched the procedure and the formula fail. Time and again, he had watched from the sidelines as men ceased breathing in the test chambers after being inoculated. And those men who didn’t even survive the first phase of testing were the best cases. Of the men who survived to make it into the second phase, many rejected the serum violently after a few minutes, coughing up blood and pus until their inevitable demise. Others, who lasted a smidgen longer, mutated into bloated monstrosities that eventually had to be put down out of mercy.

Neither Kent nor his colleagues had expected that they would live to see a successful trial of the formula. Not after everything that they had tried, all those promising tweaks and adjustments, failed. As he staggered through the hallways of the facility, alarms blaring in his ears, Kent realized how utterly foolish they had been, thinking that they could somehow usurp the delicate order of nature.

Kent stumbled along the pristine, sterile corridors of the Facility. The stark white lighting hurt his eyes as he clung to the smooth, metallic walls for support. Emergency and security personnel rushed past him, and an urgent female voice blasted out from the speakers placed at regular intervals along the ceiling. “Containment Breach! Containment Breach!”

The chaos made Kent’s head hurt. The voice, in particular, was inane. It was irritating. No one needed to be told that containment had been breached every other fucking second. Why won’t that robotic bitch shut the fuck up? he thought to himself.

Just this morning, Kent had been afraid for the safety and wellbeing of the only volunteer in their pool of subjects—one Tommy Crane, a young graduate whose promising acting career had taken a sharp nosedive for unspecified reasons. He had been concerned that like the countless other men that had come before him, Tommy would succumb to the serum, his body rejecting it and ceasing to function at best, or turning into a grotesque caricature of humanity at worst.

That hadn’t been the case. Instead, Tommy’s inoculation turned out to be a success far beyond anything Kent or his colleagues could have anticipated. The lithe, twinkish stature of Tommy grew into the huge, bulging musculature and sheer oozing masculinity of what Kent had dubbed “the beast.”

Kent had been afraid for Tommy’s life when really he should have been afraid for his own. He honestly couldn’t find it in himself to care about how the successful experiment had affected his colleagues. They had all, himself included, done a whole slew of unethical things in the name of their research, after all.

The very supply of test subjects that Kent and his colleagues performed their trials upon was of questionable ethics. Death row inmates, one and all sentenced for all manner of heinous, inhuman crimes, offered a chance for freedom in exchange for their willing participation in the research formed the bulk of their subject pool. And the worst part was that neither the Facility nor the government truly intended to set those men free.

Kent, however, had already made his peace with the fact that he was going to have to live with all that he did. Nothing could change what he had already let happen under his watch, but that didn’t mean that he couldn’t find a way to prevent the project from ruining another life.

Kent needed to get out. He needed to escape. Blowing the whistle wasn’t his goal for two reasons: first, people were likely to dismiss him as a madman, and, second, the government would likely make him disappear if he did. And if he disappeared, there would be no one left to try and help Tommy return to his old self.

Whatever the creature was that the serum had created, it was not Tommy. Of that, Kent was sure. So sure that he was willing to bet his life on it. He needed to find a way to get rid of the beast and get back Tommy. That was his sole reason for wanting to escape. Otherwise, he would have elected to go down with this particular ship.

Getting out of the Facility was going to be difficult, though. Because of the containment breach, Kent suspected that the entire building was going to go under lockdown — if it hadn’t already. That alone would make escape improbable, if not impossible. Given that he had been present for the containment breach, personnel would be looking for him as soon as it was discovered that he was unaccounted for.

There was a tiny possibility that the security doors hadn’t come down yet, but it was a slim chance. Nevertheless, it was all that Kent had. He walked as fast as he could down the rapidly-emptying corridors to the nearest exit that he knew of.

Kent hunched over himself in an attempt to hide the erection that was still straining in his pants. Beyond the fear, beyond the adrenaline, beyond the concern and dismay that he felt, there was a stubborn arousal that clung to him.

There was still a part of Kent that refused to let go of the image of the huge, hulking body that the serum had endowed Tommy with. His mind’s eye clung on to the sight of the way those muscles rippled with every movement, and the sculpted, well-defined crevasses between the beast’s abdominals and pectorals. His fingers tingled with a desire to touch those bulging biceps and triceps. His mouth watered, eager for a taste of that huge cock that jutted out from between the beast’s legs and the big, juicy balls that dangled behind it.

Moaning under his breath, Kent stumbled through the corridors. His cock was so hard. The head was so sensitive. Every movement was a risk because every time his cock rubbed against his underwear the wrong way it sent a wave of pleasure crashing through him that threatened to send him to his knees.

It was getting harder and harder to think through the arousal that just wouldn’t go away. The only explanation that Kent could fathom was that he was still being affected by the pheromones. But that didn’t really make much sense. He was far enough away from the test chamber to be safe from the effects and the air filtration system would have made sure that the pheromones didn’t diffuse much further than that.

Before he could think much more on his situation, Kent rounded the corner to the exit. To his disappointment, a blast door had already lowered over it, blocking the way out. He would have tried going to another exit, but he knew better than to waste his time. If this one was closed, the others would be as well. Running away was no longer an option.

Kent turned around. His knees buckled as the motion rubbed his sensitive cock head against the fabric of his briefs. He moaned, fighting off the urge to reach down and give himself a stroke. Just one. Just to let off a little bit of the pleasure.

Kent was afraid that the pleasure was a slippery slope. That one stroke would turn to two. Then three. Then more than he would care to count. The last thing he wanted to do was to get caught in the middle of the hallway jerking off — by either containment personnel or the beast itself.

There were very few options left to Kent. The best place he could think of to run was his personal laboratory. He had the override codes for the door, which would mean that if he did the right things he would be the only one able to open and close it. He could be in relative safety in his laboratory, and it contained enough materials and equipment for him to start work on a cure while he waited for the crisis to blow over.