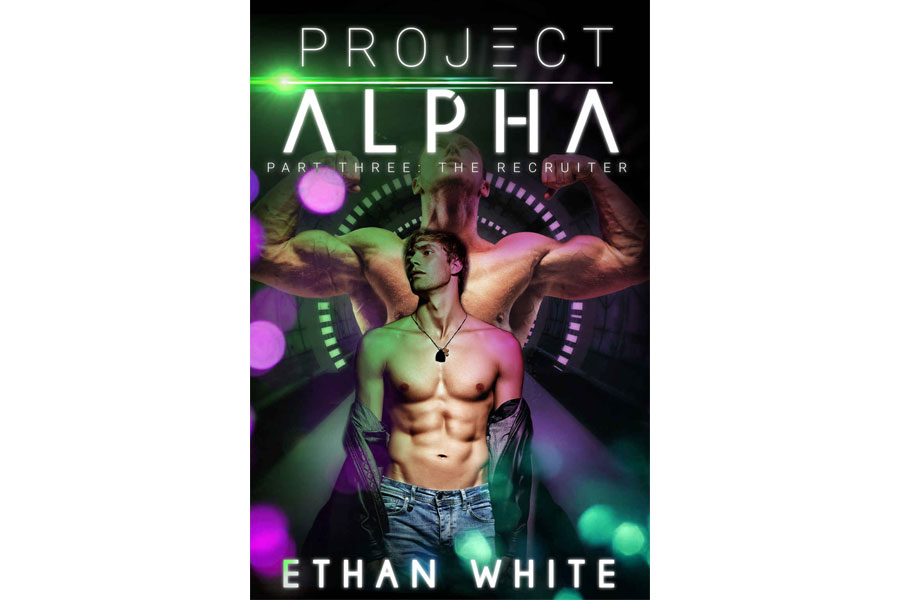 All that said, sometimes Thomas just had to admire the new body that had been given him. A certain amount of vanity accompanied his new confidence, and that was okay. As long as it didn’t become crippling.

For once in his life, Thomas felt as though the word “man” truly applied to him now. It was rather difficult to find anyone that could embody the physical essence of masculinity better than he did. What that word meant philosophically and emotionally, he didn’t know. Nor did he think it mattered all that much. He didn’t need to be a “man”. He needed to be the best version of himself.

Thomas still found it somewhat amusing that Kenny had thought he would want to go back to his old self. Yes, he had to admit, there were certain aspects of his old life that he would have liked to still have, but he felt so much better now. He was so much better now. Not to mention, he was happier with himself and a lot more confident.

If he was being perfectly honest, Thomas had come around to thinking that his old self, Tommy, was a pretty pathetic young man. Not by any fault of his own, of course, but rather than become bettered by adversity, Tommy had let himself get battered.

Thomas didn’t recall how he had come to know about the Facility’s program, but he still vividly remembered why he had sought it out. After the kerfuffle with his manager, Tommy had believed that his life had been ruined. He remembered that Tommy had thought it would be better to just give up instead of fighting and trying to fix things.

It was that part in particular that Thomas couldn’t really stomach anymore. Tommy had volunteered for the program knowing full well that many of the guys that had undergone the procedure before him had died. Tommy had gone in, hoping that he would be just another of those failures. It had been Tommy’s way of committing suicide — because he couldn’t bring himself to do it.

The only good thing that had come out of it, as far as Thomas was concerned, was that he had been born out of it. All because Tommy had been as bad at getting killed as he was at confronting his many, many faults.

Of course, at first the pendulum had swung a little bit too far the other way. The young man who would have never hurt anyone turned into a savage, instinct-driven creature. “The Beast”, Kenny had called the thing that had manifested immediately after Thomas’ inoculation with the serum.

The nickname was a bit of a riot, but it was fitting. Thomas had lost control back then, after all. There had been no human element to The Beast, just raw emotion and instinct.

Thomas remembered that there had been a battle between the two aspects of himself. There had been the old, more submissive part of him that wanted to just lay down and be done with everything, and there had been the newly born aspect of himself, tired with the abuses of the world and filled with nothing but the desire to conquer.

Thomas recalled the mind-numbing arousal that had swept over him as he gave in to his animal desires. He remembered the all-consuming need to breed and display his dominance. It wasn’t really all that surprising that Kenny had — as Kenny put it — nearly shit his pants when The Beast punched through the bullet-proof glass of the control room.

Fortunately for everyone involved, that aspect of Thomas’ personality did not take him over fully. Gods knew how things would have turned out. Needless to say, after a little while, The Beast’s rage and endless desire to rut was tempered by the genuine kindness and compassion that Tommy had managed to cling onto despite his depression. Thomas, as he was now, was the end result of the balance that had been struck between his two aspects.

Over the last few months, Thomas and Kenny had settled into their new roles in life quite nicely. Thomas was still a bit leery about the labels that Kenny had given their two roles, especially once he got online and saw how they were used in a sometimes-abusive context there.

The thing was that Thomas couldn’t really argue that the labels were pretty catchy and illustrated who they were now. Kenny had pointed out that since Thomas had been subject 5-15 Alpha, and he was the dominant half of the relationship, that he should be the Alpha. Kenny, on the other hand, by virtue of being Thomas’ complement, would be the omega.

The conversation about labels had come at the end of a pretty long heart-to-heart about a week after Kenny and Thomas escaped the Facility. It would have happened a lot sooner, but it had taken Thomas some time to figure out how to get Kenny to be intelligent again. Draining Kenny’s genius-level intellect out through Kenny’s cock and turning him into a cock-hungry simpleton had been a lot of fun. But, even then, Thomas had known that he would eventually need to return Kenny’s intelligence not only because it was a valuable asset, but also because he had rather liked having intelligent conversations with the old Kenny.

Thomas and Kenny had talked about what had happened. Thomas, feeling guilty for changing Kenny against his will, had offered to let him go. Kenny, for his part, had given Thomas quite a big, profanity-laden piece of his mind. And although he had sounded rather incensed at being changed without his consent, Kenny eventually admitted that he liked things better as they were now than as they had been before.

Thomas threaded his fingers through Kenny’s coarse dark hair and grunted. A shiver of pleasure traveled leisurely up the length of his spine as Kenny tongued his frenulum. Over the last couple of months, this had become one of their favorite pastimes as a couple. For hours on end, Kenny would kneel between his spread legs and work his cock with lots of spit and slobber — just the way that he liked it.

Thomas groaned, digging his fingers into Kenny’s scalp as he grabbed a handful of hair and bucked his hips. His cock slid in with no resistance whatsoever. Kenny’s soft, pliable lips wrapped around the base of his cock, tongue wriggling underneath his significant girth. Kenny was so good. Almost too good for him.