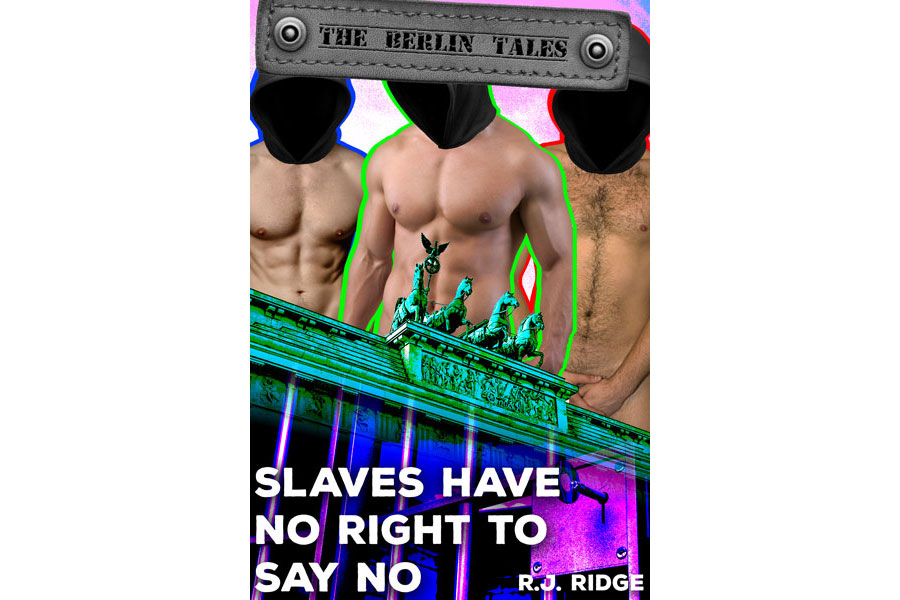 Despite Mark's warnings, Peter accepts Tomas and Karl's invitation to join them for dinner at the exclusive Antinous Society on the outskirts of Berlin. While he's introduced to powerful moguls who could make his professional dreams come true, the realities of what men must do for membership into this ancient, elite world leave him wondering if it's worth the sacrifice. But Peter soon learns that sacrifice is the very right to say no.

Inside was more like a modern sex club than a Roman dungeon. Vinyl covered boxes, netted rigging and stacked black barrels beneath a dim red light created a sex-fueled atmosphere of twisting passageways that stretched deep into the darkness. Two distinct ways were laid out just beyond this wide entrance area through the plastic where half a dozen black hoods like myself milled around the three white-hood candidate members strategically placed in a receiving position.

Directly in front of me, kneeling on a vinyl bench was the man I’d noticed upstairs with all the tattoos on his chest. They also extended to his back; a large pair of detailed angel wings stared directly at me. The tattoo extended down to his ass cheeks with a gothic devil on one side and an angel on the other, both pointing towards his hole which waited for whoever might want. There were red vested servers here too. One scurried forward carrying what looked like an oil lamp. Without any warning, he inserted the tip of the lamp into the kneeling man’s rectum and tipped it up, then pulled it out and wiped the slick runoff from the spout with a damp towel.

Immediately, a tall Scandinavian man in a black hood like mine walked right up to the tattooed white hood guy, took his ample foot long cock in one hand and slid straight into the kneeling man. I didn’t even hear the whimper I expected, or even a scream as the black hooded man started thumping away.

It wasn’t actually easy to hear much because of the commotion over to the right. In a corner lined with rope and rigging, a barrel-chested Black man, a broad-shouldered white man and one heavy set Middle Easterner had a white-hooded, stick-thin Caucasian lad held over a barrel. This white hood had been the smallest guy of the lineup on stage. Barely a five-foot-five twink, he was completely stretched out. The broad-shouldered guy held onto his emaciated arms and had actually lifted the guy’s hood up to his nose so he could fuck his smooth cheeked mouth. Me and the few other black hoods milling around could all hear the young white hood horrendously choking on the top’s ample dick.

But that was probably because the Black guy at the back was ripping into his ass and shoving his tiny throat even deeper onto the front guy’s cock. The guy at the back had one heavy leg up on the barrel as his thick, tennis racket-like hands gripped white thighs like a couple of chicken drumsticks.

The same could be said for the lad’s throat. The man at the front had amped up the pressure. He now gripped the white hood, still covering the bottom’s eyes, and violently fucked into his skull while phlegm dripped from the sides of his overstuffed mouth and even shot out his nose. The Middle Eastern guy meanwhile egged on his fellow tops, groaning along with them, pinching the bottom’s nipples, smacking his ass cheeks while gently stroking his own cock. I was worried that he wanted to double stuff the bottom lad when clearly there was no room at either end.