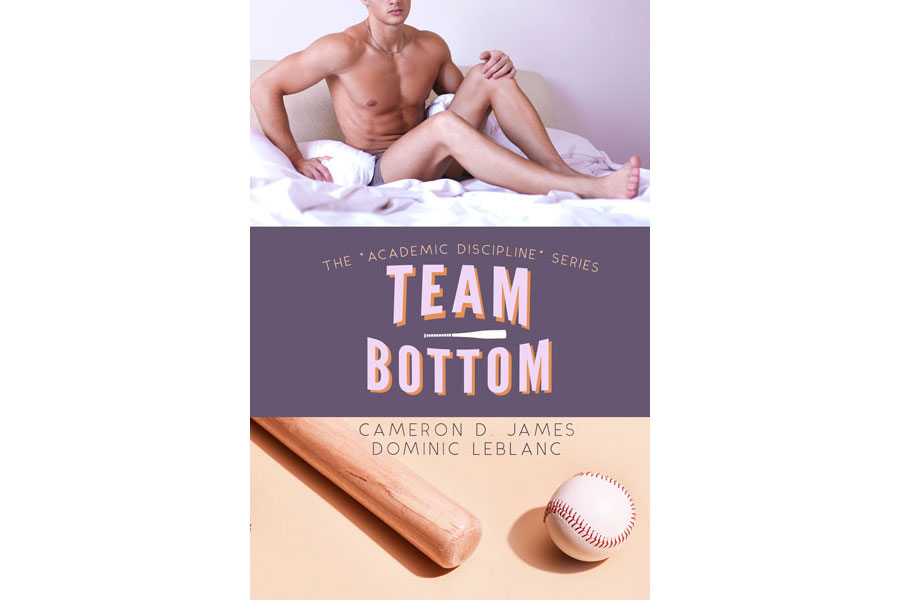 Andrew, one of three coaches for a college men’s baseball team, gets the short straw and has to buddy up with one of the players when the team goes out of town for a tournament. All of that would be fine except for the fact that he’s bunking with Cole, the cocky, moody, infuriating jock who is also extremely attractive. Plus, Andrew is a closeted gay man and Cole is certainly homophobic. Andrew knows this whole trip will be hell.

But after the team goes out for a night of drinking, Cole comes back to their shared hotel room more than a little buzzed, and he does something that Andrew never thought would happen. Cole kisses him.

When the next morning comes, both men are stewing in guilt and uncertainty. Did that kiss mean something? Or would pursuing it lead to disaster? One thing is for sure, though — Andrew is unable to rid his mind of the image of Cole’s perfect butt and all the punishment and pleasure he wants to inflict upon it.

A rattling interrupted me, resounding through the room. I stared wide-eyed and slack-jawed at the door. Someone was trying to come in. My heart beat heavy and hard and felt like it was lodged in my throat. I quickly shut off my phone and pulled my pants up, zipping them closed right as the door swung open and Cole entered.

He paused in the doorway, wavered, and looked at me. He had such anger and resentment in his eyes. Fuck, like, seriously. Of all the players, why did I get stuck with him?

Cole closed the door behind him, wavered again, then stumbled toward his bed. But instead of collapsing on his mattress, he came around it and stood in front of me. I looked up at him. God, he was drunk — and I wasn’t much better than him.

“Cole?” I asked after he’d been standing there for what felt like minutes, just staring at me, not saying anything.

The look in his eyes was no longer anger and resentment, but I couldn’t figure it out. He didn’t say anything, didn’t respond to me.

Then, before I could even process what was happening, he leaned forward, put his hand behind my head and kissed me. His mouth was soft and warm, tasting like all kinds of alcohol. I didn’t respond at first, but then he kissed me deeper, pressing his tongue into my mouth.

I let out a soft groan and he took that as permission to get closer. He climbed onto the bed with me, straddling my legs. I put my hands behind his head, ran my fingers through his soft hair, and kissed him back. I shouldn’t be doing this, I kept telling myself. But I was too drunk to care.

Cole reached for my crotch, grabbed my hard dick through the jeans, and squeezed. I groaned in pleasure and leaned my head back. He kissed my now-exposed neck, nibbling along the base of it, sending sparks of pleasure through my whole body.

I need to stop this, I told myself. I was starting to sober up, these kisses drawing me out of my drunken stupor. This is wrong.

But it feels so good.