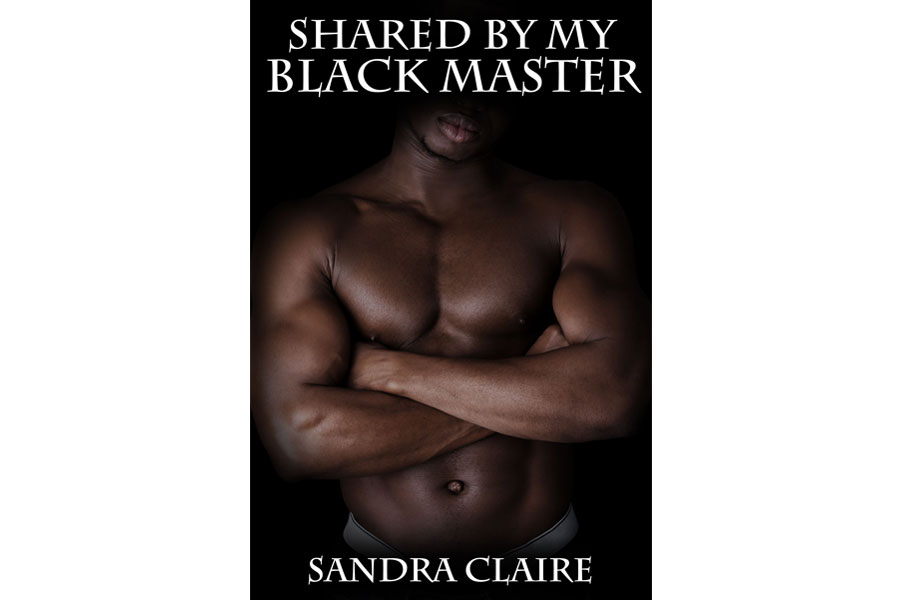 Adam’s time in prison is almost over and he doesn’t know what he’ll do without his Master by his side. While Master will soon be out of jail, too, it won’t be for several months later, a very long time to be without his Master. However, Master has a plan to keep Adam under control and fully submissive while they are apart, a plan that includes sharing Adam with a new, temporary Master. To prove this plan will work, Adam must submit sexually to his new stand-in Master — something he’s unsure of, at first, but something he very quickly realizes will open new worlds of erotic pleasure.

WARNING: This 6,000-word short story contains an explicit sex scene between a submissive twink and two dominating men that will get you hot and bothered, and is intended for mature adults only.

I blinked several times to clear the thoughts of John and I from my mind. “Sorry, Sir. I was just thinking of tonight. I hope that what I do with John will please you, Sir.”

A grin grew and spread across Master’s lips. He was so handsome when he was happy. It occurred to me then that it was almost time for John to come to our cell and have his way with me.

“Good,” he said. “John’s a good guy, so I’m sure you’ll do fine with him. It’s also clear he cares deeply for you as a friend.”

“Sir...” I said, as thoughts started to come to me, “what are the limits on what John can do with me? Or are there no limits?”

“No limits, kid. John has complete and total control over you — but only when I tell him he has it.”

I marvelled at the power that Master had. It seemed that through the process of arranging this, he had pulled John under his control. Yes, John could do whatever he wanted with me, but only when Master allowed it. John seemed to be one step away from being a sub alongside myself. I think the only thing that prevented that from happening was that I doubted Master had any sexual interest in John. In fact, that may be why Master arranged this — since he saw no attractiveness in John, he didn’t consider John a serious threat to the Master/sub relationship that we had. I doubted Master would’ve arranged this with a younger, more attractive man to be my stand-in Master.

The soft shuffle of feet drew my attention to the door of our cell. The range was unnaturally quiet this evening — I bet Master had something to do with that — so the almost imperceptible sound of John’s footsteps was surprisingly loud.

John walked in with his hands in his pockets and his gaze downcast. When he came to a stop, he looked up at us rather shyly.

Master stood up and walked over to John, leaning in to whisper something in his ear. Given the harsh tone, it sounded like instructions. I could’ve sworn I heard the words “be confident.” John nodded and Master looked back at me.

“I’ll be back in half an hour. I’ll ensure you have complete privacy until then. Do me proud, kid,” Master said. He had a big grin on his face. It seemed he wasn’t concerned in the slightest of how this might go wrong — I would do my best to live up to his expectations.

“I will, Sir. Thank you, Sir.” I watched him walk out of the cell, leaving John and I alone. My heart was pounding against my ribs. I was ... nervous. But I was also turned on, as evidenced by my aching erection.

John looked at me. He seemed a bit more confident, a little less intimidated. Still, he didn’t move and didn’t say anything. Perhaps he needed me to get us started.

“How can I please you, Sir?” I asked, giving him my best submissive look.

He jerked, almost as if he had been startled, but then he relaxed and began to smile. “You can start by getting naked,” he said. There was a slight tremor in his voice — while he now looked like he was ready to be in command, he sounded like he was still struggling with the idea.

“Yes, Sir,” I said. I stood up and quickly took off my shirt, shoes, socks, pants, and underwear. I was fully naked, gaze directed at his feet, my cock rock hard and dripping, pointing straight out in front of me. I stood there, quiet and motionless, waiting for my next command.

Slowly, John came closer to me. He circled me, looking at me from all sides, but still didn’t touch me.

“I have to tell you something, sub,” he said. I liked his use of the word “sub,” as it helped cement our newfound relationship. “I’m a little ... inexperienced and out of practice. I think I can dominate you, but I’ve never actually done it to a person. And as for gay sex ... well, it’s been quite a few years.”

“Good, good...” John said, trailing off. Though he was my stand-in Master, I still couldn’t mentally think of him as my Master, but only as John. To me, my real Master would be my one and only Master.

John circled around me again. He brought his hands close to me, but still didn’t touch me. He wanted to, I knew, but something was holding him back. Perhaps it was nervousness, fear that this would all come to a screeching halt. But I was desperate for him to touch me — the tension in the room was driving me wild, making my cock ache even more.

“Touch me, Sir,” I begged, “please.” It was something I could never request of Master — he had to be the one in total control — but I had a feeling John was a little different.

And just like that, he put his hands on me. One hand trailed down my slim chest and my tight abdomen and the other hand cupped my balls. I let out a heavy sigh of pleasure.

“You like that, don’t you, kid?” John said, in a tone of voice very much like Master’s.

“Yes, Sir.” I trembled under his touch. As he fondled my balls, electric sparks of pleasure shot through me.