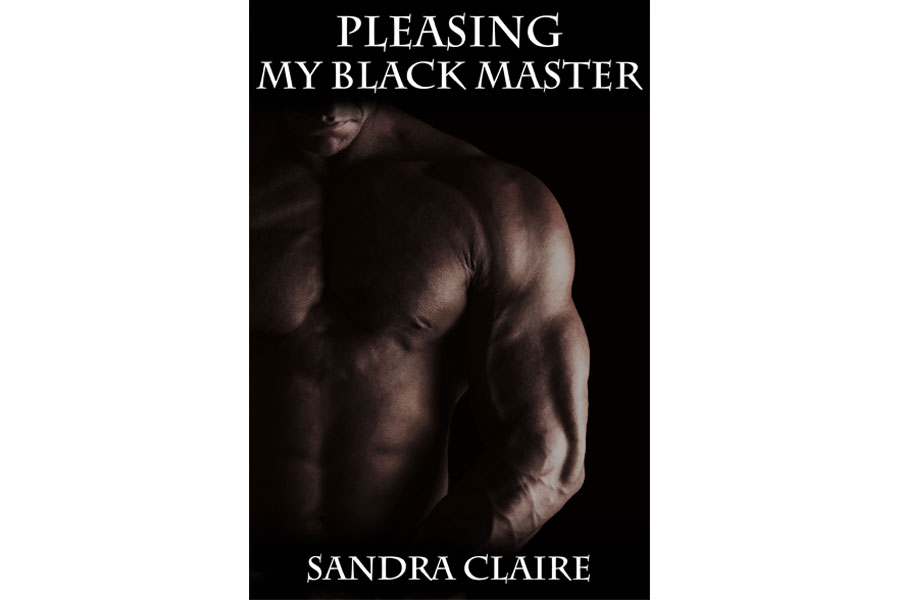 Adam has been in prison for one week—and he’s been Tyrone’s submissive the entire time. But that week of submitting to this dominant man has awoken something deep inside Adam, a desire he never knew he had, a driving need to service as many men as possible. He’s seen the other men in the showers, knows what they’re packing, and he craves what he sees. Adam wants to live into his newfound urge for gay sex with as many men as possible. The only problem is that Tyrone would never allow it. Tyrone has always made it clear—Adam is his and his alone. But Adam no longer accepts that.

WARNING: This 6,700-word short story contains an explicit sex scene between a skinny white guy and several dominating men that will get you hot and bothered, and is intended for mature adults only.

“Good morning, white boy,” Tyrone whispered into my ear. He pressed a finger against my hole, testing its resistance. “You’re tight this morning, sub.”

“Tyrone,” I said, but before I could continue or roll over to look at him, he grabbed my ass hard and pressed his finger harder against my tight hole, slowly pushing past my resistance.

“I told you to call me ‘Sir.’ Don’t make me remind you.” His words were harsh and sharp, underscoring the threat implied by his tight grip on my ass.

“Sir...” I began again, accommodating his order, even if just for the moment. “We need to talk.”

Tyrone’s other arm, which had been folded under the pillow beneath our heads, quickly moved and his calloused hand grabbed the front of my throat — not dangerously, but with enough pressure to reassert his dominance.

“We don’t talk, boy. What happens is you shut the fuck up and enjoy my cock pounding your tight man-cunt. Got it?” I felt a spray of spittle across my cheek as he bit off his words.

“No,” I said. I grabbed the hand clasped around my throat and tugged at it — he resisted, but eventually let me pull it off. Despite all of Tyrone’s violent dominance, I knew there was a kind and decent man hidden under all the layers of bluster. But I would never tell anyone about that, because he’d surely kill me or at least leave me wishing that he’d kill me. He might have a soft center, but it didn’t mean he was a pushover.

I rolled over so I could look him in the eye, something I rarely did as his submissive. I saw defiance in his gaze, like he was about to rebuff anything I said and put me back in my place. But I also saw a small amount of fear there, like he knew what was coming and couldn’t find it in him to stop me. If I didn’t know better, I’d swear he was starting to develop deeper feelings for me — but Tyrone didn’t do relationships, he just did sex.

“I’m no longer your submissive,” I said, deciding to just blurt it out.

“Yes, you are. Only I decide when this arrangement ends,” he said. He grabbed my cock, holding tight. I could see through his bluster; he was already hurting. It wasn’t obvious; most people wouldn’t be able to see it, but then, most people weren’t as close to Tyrone as I was.

“No, Tyrone,” I said, choosing to use his name again, instead of calling him “Sir.” I hoped it drove my point home. “I’m moving on. I will always show respect and deference to you, especially in public, but I’m moving on.”

“Why?” he asked. His grip on my cock loosened and his voice wavered on his one-word question.

There was sadness in his eyes, but, if I was reading him right, I also saw acceptance. He let go of my cock and took his hand back. “Fine,” he said. “But don’t expect any protection from me. If someone beats you to a bloody pulp — if someone kills you — don’t expect me to stop him.”

The lights in the cell and in the rest of the facility flickered on to full brightness. In a few moments the cell door would unlock and slide open, allowing us to access the showers. And with that would be the next stage in my sexual awakening, when I could be the true bottom slut I knew I wanted to be.

“Fine,” he said. “You want to get fucked over by half the guys here and die, then so be it. Fuck you, Adam.” That was the first time he’d called me by name. Tyrone got off the bed and stood at the cell door, waiting for it to open.

I stared at his back and ass and legs — all of it was heavily muscled and a lot of it was decorated with tattoos and scars. Tyrone was an impressive mountain of a man, one that I desired immensely, but one that I couldn’t submit to any longer.