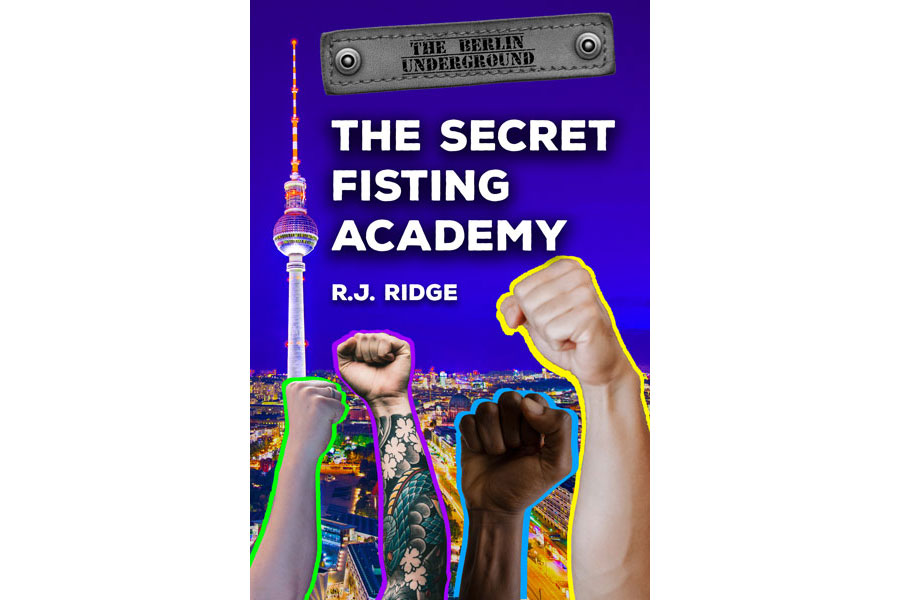 “Number four-nine-five!” a voiceover said in English. People started to look under their drinks.

Sure enough, under my glass was a small strip of plastic stuck to the bottom with the lucky numbers.

“Oh God,” I said, “what now?” Dolf had inserted a random fan’s beer bottle into his ass, and given it back for him to drink. Although I could respect his talent, if having a wide-open hole could be considered as such, but I was hardly a fan. I had a flashback to Noah and my night at a Berlin bar when a young twink got fisted on stage. My body shivered with the thought Dolf might do the same to me. “I don’t want to get fucked on stage,” I yelled to Mark.

“Just get up there,” he said, and started pointing at me so the whole warehouse knew who the lucky winner was. Gulping, I had no choice but to make my way to the stage, surrounded by perfect bodies and mean, jealous eyes.

“What’s your name?” the famous Dolf asked me. He smelled like lube and poppers.

“Roll up your sleeve,” said his leather-bound assistant. With nowhere to run, I did just that. He unfurled a black silicone glove, long enough to birth a calf. With all the tenderness of a doctor’s office, the assistant raised my arm and slid the leather sheath over it. The crowd edged closer as I saw Dolf take a blast of poppers and realized what was about to happen. They wanted me to fist Dolf.

“Are you ready, Peter?” Dolf yelled to the crowd.

“Um…” My glove was slathered in lube as Dolf shuffled backwards. His hole beckoned. It didn’t look very open, but the crowd was starting to chant and clap their hands in time.

“Come on, Peter, give me your best shot. Who wants to see me get fist fucked?”

The crowd cheered. I had no choice. Sucking in an anxious breath, I approached with one gloved finger. It slid straight in. Dolf arched his back and pushed into me. I didn’t even have to move for his ass to expand around my knuckles.

“Fist him, fist him,” the crowd chanted.

What was I to do? I withdrew the half of my hand already inside, and more lube was squeezed on. Dolf pulled his cheeks apart and showed me the open target. I made a fist to the crowd, and they cheered. Tightening my grip, I held onto one of Dolf’s ass cheeks for support, then hurled my fist straight at his hole.