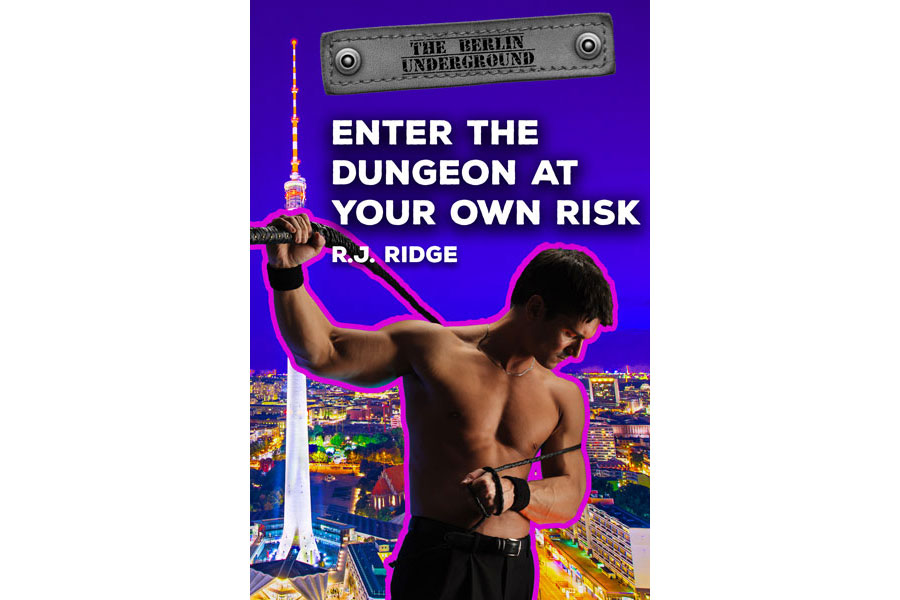 As the fabled Berlin dungeon games take place, a first-class ticket to the Antinous Society final trials is at stake. The men will stop at nothing to win. Despite the raucous crowd and mean-spirited master, Peter is forced to fight off his rivals to secure a place in the final round. Losing is not an option. To fall at this stage is to be subjected to the tortuous instruments of the most extreme dungeon in Berlin. What fate will the losers face in the dark, twisting world of the Berlin Underground? Peter is determined to never find out.

Enter the Dungeon at Your Own Risk is a 9,500-word short story.

There was enough screaming rippling through the room we’d just left, though. The five losers of round two of the dungeon games were presently tied to chairs, hooded, cuffed, their holes torn apart with whatever abuse the horned-up Berlin audience chose to subject them to. And who could complain? We’d all signed up to this, even if we’d not all read the fine print of the contract.

“You’re not alphas and betas anymore,” Stefan, the dungeon master said as the five of us who've made it through to round three stumbled punch-drunk and exhausted down a chilled basement corridor. Lukas, my arch-nemesis, trotted up front beside the hairy-armed Stefan decked out in a tight tank top. Bareiß, the senior politician turned winning sub walked alongside him, whispering together, and obviously about me. They turned back, looked me up and down, and carried on whispering. “Round three is a free-for-all. Three-for-all, get it?” Stefan groaned as none of us laughed, or even paid much attention to what he was saying. The concrete corridor froze my feet, and my body shivered from being naked and streaked with cum.

Double doors greeted us at the end of the corridor, with a sign above reading Extreme Dungeon: Enter at your own risk. But Stefan blocked the way forward, arms folded. We all stumbled to a halt. I walked straight into one of the others’ naked backs; a young, slim Indian guy who even if I didn’t know that Lukas and I were the only alphas to make it through, I’d assume he was a sub.

“Sorry,” I whispered. He smiled in response. The thin act of kindness a welcome change to the Lukas-Bareiß axis of evil constantly on my ass. “I’m Peter,” I said, craving the slightest chance of an ally.

“Vivek,” he replied, cautiously covering his cock even though we were all naked. He stood in stark contrast to Bareiß and Lukas, like two jocks swinging their cocks in a locker room. Our fifth winner was a muscled Black man with a shaved head and tattoos covering most of his torso. He could’ve passed as a professional wrestler. Who he must have lost to in round one to end up as a beta I didn’t want to imagine. Perhaps I was lucky to have faced Bareiß. The Black guy’s cock hung low and heavy, like a weapon. If round three was a dick measuring contest, he would win hands down.

“The audience in here are the elite,” Stefan said, nodding to the closed door. “Long-standing members of the dungeon. Some of them underground masters themselves. Now, does anyone want to take advantage of the pussy clause in their contract? If so, you can fuck off now.” None of us did, although I sprung gingerly from foot to foot, watching Lukas and Bareiß watch me. I breathed quietly but harshly; my gut twisted like I needed to pee. Maybe I did, the wrecked orgasm played havoc with my balls. “Go get your sorry asses cleaned up and ready,” Stefan said, nodding not to the double dungeon doors, but to an unmarked door to his right.

We crowded into a small shower room. Three pipes, cracked tiles and a pile of threadbare towels gone gray with too many bleaching’s were stacked on a bench. I was about to ask if we should take turns, but the other four went straight in. I joined Vivek on the right, while Lukas and Bareiß shared the left and the Black guy squeezed himself alone under the middle shower head. The water was harsh and hot. Sharp streams hurt my balls and still-sensitive cockhead as I tried to wash away all the lube and unseen memories of being blindfolded on the chair.