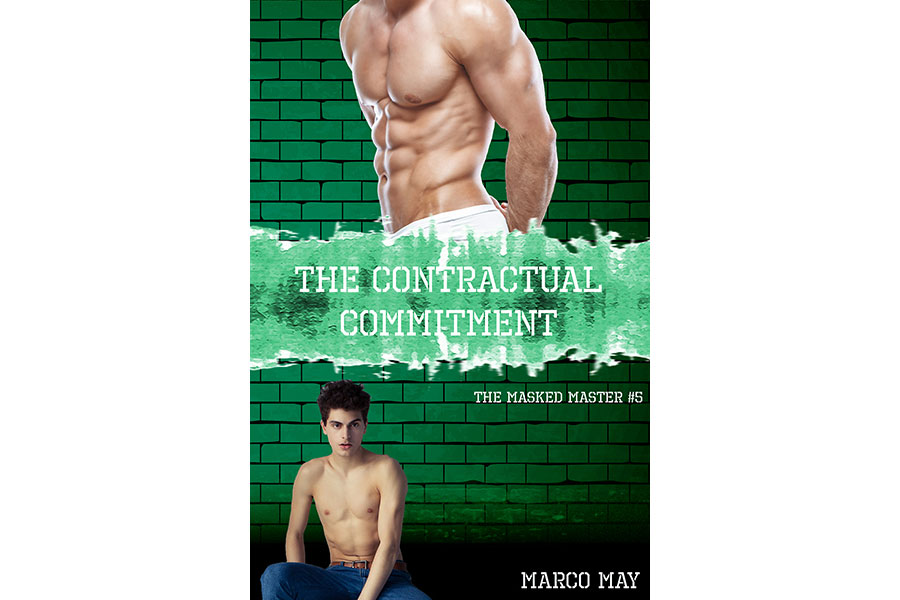 It’s a month later, and it’s finally time for Adrian to lose his virginity. He’s seen Sir more than thirty times, and they’ve connected so well and grew close enough to give Adrian hope for something more than just temporary. By now, he’s not just smitten by Sir; he’s falling for him in a way he’s never felt before. Sir is becoming Adrian’s first love as time goes by.

But what’s going on inside Adrian’s mind right now? Why is tonight—a very important milestone in his life—suddenly…off? What’s gotten him to be so emotional? It was all supposed to be just a one-time hookup fueled by a bold lie. Once Sir takes Adrian’s virginity, they go their separate ways just as planned. But why can’t Adrian accept that anymore?

Could this really be the end?

The Contractual Commitment is a 7,800-word short story and part five of a five-part series.

As soon as I reached the front porch, the door opened.

Sir gently pulled me inside the pitch-dark living room. He closed the door and held me in his strong arms.

Despite the darkness, I could still picture his looks that turned me on for him being forty-eight. He was huge in a Hulk sort of way, definitely well above six feet. There was almost no hair on his body, just a bit on his limbs and a bush for his pubic hair. But his monster cock still intimidated me.

If only he’d kiss me, though. I missed his kisses, but they were probably going to be rewards that I had to earn now. If he did something that I liked a lot, he’d probably turn that into a reward too. Maybe that was the point. Of course, this was all assuming tonight wasn’t our final night together.

I snuggled in his arms while he still held me, getting semi-hard and a bit horny for him. He never failed to make me melt into a sappy mess, and it’d been that way for a while now. I didn’t want to let him go. I knew it now. I might’ve been confused as to why I had to feel like this, but I wasn’t confused about how I really felt about him. The truth was that I liked him. I liked him a lot more than I’d realized. It’d taken meeting up with him again to feel it more.

“Tonight, I’m going to take your virginity, and everything will have gone just as we planned. Got it, boy?” He’d said it as sternly as usual.

Club 21 is known across New York City for having the hottest go-go boys. They groove to the beat, fuel fantasies, and leave you begging for more.