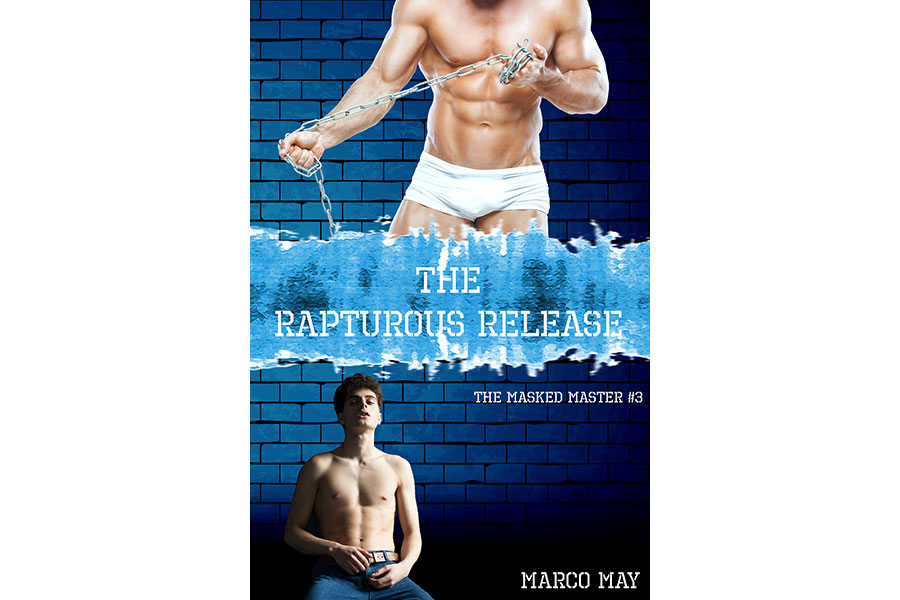 It’s time for Adrian and Sir’s second hookup, but it won’t be the last one. After Adrian received his painful punishment, they agreed that Sir could take his virginity before they go their separate ways. But because of Sir’s monster size down there, it requires a gradual process for a more comfortable experience. That starts tonight.

By now, Adrian is more submissive than ever. He wants to see more of Sir, hence the reason he looks forward to the hole-stretching process. He has yet to earn the privilege of seeing Sir’s face, but that’s become part of his mysterious charm. Though, Adrian doesn’t get to ejaculate until Sir says so, which has been torturous these past couple of days. Could that change tonight?

And what about Adrian’s feelings? Now that he’s getting to know Sir, albeit mostly physical, he continues to be intrigued by the mystery of Sir’s masked face and secret life that he’d do whatever it takes to see him indefinitely. Could there be room for a little something extra?

The Rapturous Release is a 4,400-word short story and part three in a five-part series.

Sir closed the door and pulled me into his huge arms for a kiss on the lips, having to hunch over because of being well above six feet tall. My shirted back was pressed against his front. From what I could feel, he didn’t have any clothes on, and his smooth, hulky body got me harder. His monster cock that intimidated me poked my clothed little butt.

Since I hadn’t come since before meeting him for the first time, the pressure bubbled up inside my balls the longer he held and kissed me. We made out with tongue for a long while, which surprised me. I’d just assumed we’d go straight to the basement for some kink. I tried to keep up with his pace while we kissed, and I felt like I was already getting better than the other night.

He stopped kissing to yank my shorts down enough to reach for my ass, and he stretched to his left to grab something. It sounded like a bottle squeezing, probably some lube. He placed the bottle back somewhere and found my hole. He rubbed it with his lubed fingertip. At first, it felt strange and slimy, but then, it felt okay. It was weird how easy I was able to melt in his embrace, though. Why did I have to feel this way? Why did the affectionate nature he’d kept so hidden most of the time make me feel different in a good way? Why did I suddenly enjoy it more than the rough stuff?

Sir continued rubbing my hole for minutes with our mouths still connected, and he managed to burrow his way inside with his fingertip.

I felt a little uncomfortable again, but it was only because the feeling was something I had to get used to, slimy and all. I hoped it would go away soon. At least, he cut his nails, which helped.

After a bit more of our tongues wrapping around each other, Sir moved away from my mouth down to my throat for a few sucks, moved back up to ear for another few sucks, and then on my mouth again. He was enjoying me before the kinky stuff came, and I could get used to it.

His finger slowly entered farther inside me until it felt like he was all the way in, and I practically rested my ass against his hand. The discomfort started melting away, and in came a pleasure I’d never felt before. I let out a gentle moan, continually melting under the power he had over me. I was entranced by his touch, his kisses, his embrace, and the pleasure he gave me from behind. It was all a new feeling because I’d never done any of this before. I’d masturbated so many times since middle school, and the greatest release of all time still didn’t compare to actual sex.

Sir broke the kiss, slowly pulled his finger out of my ass, and tugged at my shirt. “Take off your clothes, boy.” His tone was still as stern as ever.

In this sequel to Go Deep, the temperature goes up when Simon invites a friend to join him and Brad for sweaty sex!

Jay’s quiet night in the ski resort’s hot tub is interrupted by an anonymous man. And this man—hairy, hunky, older, dominating—knows exactly how to end Jay’s day with a bang.

Dominated in the Hot Tub by Cameron D. James