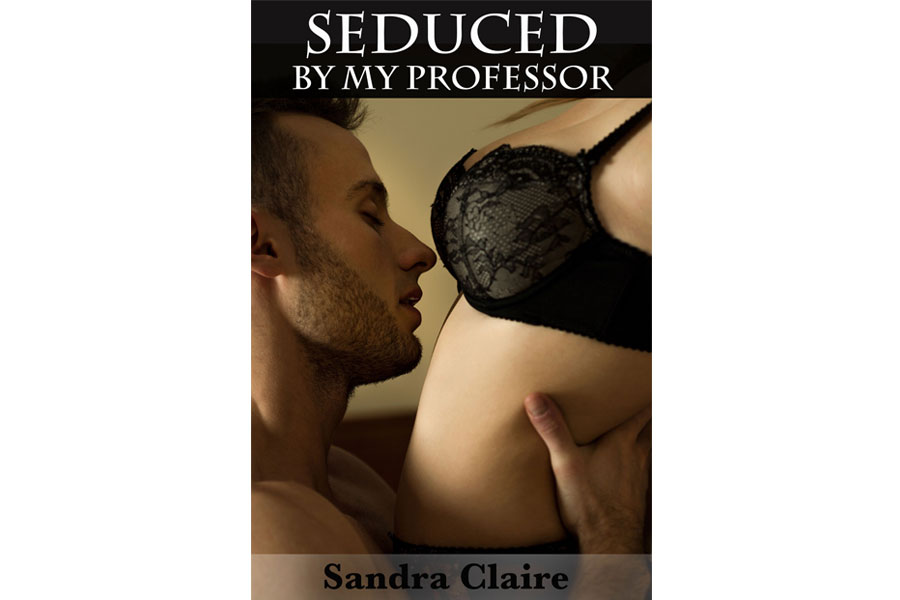 Kevin has been lusting for Professor Cameron since the first day of anatomy class. With her large bosom, slim waist, and her commanding personality, Kevin would do anything for her. When he struggles with the subject matter and goes to her for some help, he’s soon drawn into a very personal and private exploration of anatomy…and things quickly heat up as he responds to his professor’s demands.

Kevin reached out and knocked on the door.

“Come in,” Professor Cameron called. Her honey voice, with just a bit of a husky edge, always went straight to his groin. He nudged the door open so she could see him. She leaned back in her chair, her short skirt riding up her crossed legs. “Ah, Kevin, nice to see you. What can I do for you?”

“I’m having a little trouble with yesterday’s assignment. I was hoping to get a little help,” he said. He tried not to stare at her milky thigh. She pointed at the only other chair in her cramped office and he sat down opposite her.

She looked at him over her thick-rimmed glasses. Kevin couldn’t quash the fantasy that she looked like a naughty librarian, especially with those glasses, that skirt, and the tight white blouse she wore that barely contained her large breasts.

“That’s what I’m here for, Kevin.” She bit her lower lip. “I’d love to help you with anything you need.”

But his runaway imagination didn’t explain why she squeezed her arms together just slightly, pushing her chest out. Her heavy, melon-sized tits strained at the fabric, the buttons holding her blouse closed nearly snapping off.

Kevin watched the gap at the center of her blouse—there was no sign of a bra underneath. He swallowed hard and cleared his throat, then forced himself to look up, to make eye contact.

“I’m glad you came in, Kevin. Your last quiz didn’t go so well, and it was basic anatomy.” She uncrossed her legs and parted them slightly, her dark skirt rising just a little higher. The skin of her inner thighs was smooth and shiny, drawing his eye up toward her crotch.

“Yeah, I just—I just don’t seem to get it that easily,” he said, voice cracking a couple times. It was difficult enough to concentrate on the subject matter when he was in Professor Cameron’s classroom, along with a hundred other people. But in the warm, cramped space of Cameron’s tiny office, concentration was just damn near impossible. Professor Cameron was like a wet dream come true. God knows how many times he’d jacked off to fantasies of her.

“What area are you struggling with right now?” she asked.

Kevin couldn’t stop the blush that heated his cheeks. He looked down at the papers clutched in his hand and then up at her again. “Um, the, uh...sex organs.” He put his papers down on the desk, to show her the diagram of a cross-section of the female reproductive system. “I’m, uh...unfamiliar with it and I’m struggling with memorizing it.”

Jason's father has been in jail for years. But now he's home and Jason barely knows the man. They reunite, though, when one of them drops the soap.

Seduced By My Ex-Con Father by Master Dominic

From running to Scotland to having lots of random sex... no matter what Jake does, he can't shake what his heart really wants...