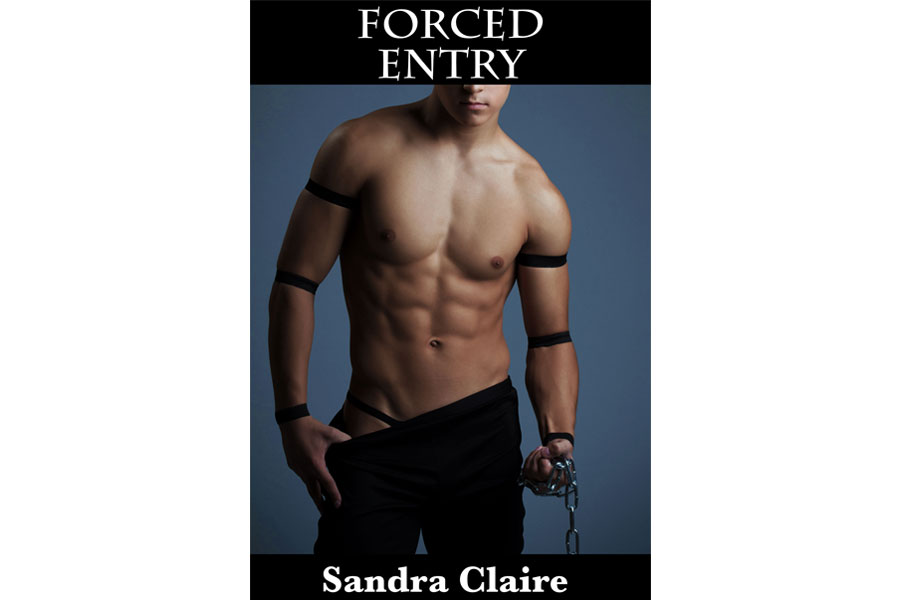 Dylan is down on his luck and resorting to petty theft to make ends meet. But when he breaks into the house of a gay dom, he gets a surprise he never saw coming. Nick, the dom, is furious with Dylan’s attempt to rob him of his valuables and is determined to teach this young man a lesson and discipline him for his mistakes. But when Dylan gets strapped to a table and Nick breaks out the floggers, Dylan is no longer scared, he’s turned on.

“Fucking hell!” a deep, masculine voice from down on the first floor shouted.

Adrenaline coursed through my veins — I had to get out of there, and quick! But if the guy was downstairs, I was stuck here on the second floor. I bolted from the bedroom; it wasn’t the greatest place to hide. There were only two other doors in the hallway. The open one was obviously the bathroom, so I went through the other door. I carefully closed it behind me and tiptoed through the darkness. I couldn’t turn on the light — it would be visible in the crack under the door. I realized I still had the dildo in my hand, so I quickly shoved it in my backpack.

I bumped into something and a noise like jostling chains punched through the silence. I grabbed whatever it was — and it felt like pieces of leather suspended by chains — and stilled it. I continued across the room until I reached the window on the other side.

I heard footsteps stomp up the staircase. I had no more than a few seconds to open the window and escape. I threw the blind aside, unlocked the window, and struggled to lift it. It was stuck — it was fucking stuck. The footsteps had reached this floor and they receded for a moment as they went into the bedroom.

I still struggled with the window and — finally! — the pane slid upward an inch. I repositioned my arms and shoved upward, hoping to get it higher, but it wasn’t moving.

The door behind me opened.

“Who the fuck are you?” that voice, so masculine and deep that it stirred something in my loins, shouted. The light flicked on in the room.

I spun around and found a tall, muscular man in his thirties with the angriest expression on his face. I searched the room for anything to use as for self-defence — and it was right then and there that I realized what kind of room I’d run into. A leather sling hung on chains from the ceiling, various locks and chains and benches were organized around the room, and a series of floggers, paddles, and whips hung in an orderly fashion on one wall. I’d run into some sort of BDSM playroom. My gaze jumped frantically from item to item, imagining the pain they would inflict — and what it might mean for what happened next. And I tried to ignore the fact that my cock had suddenly grown stiff again.