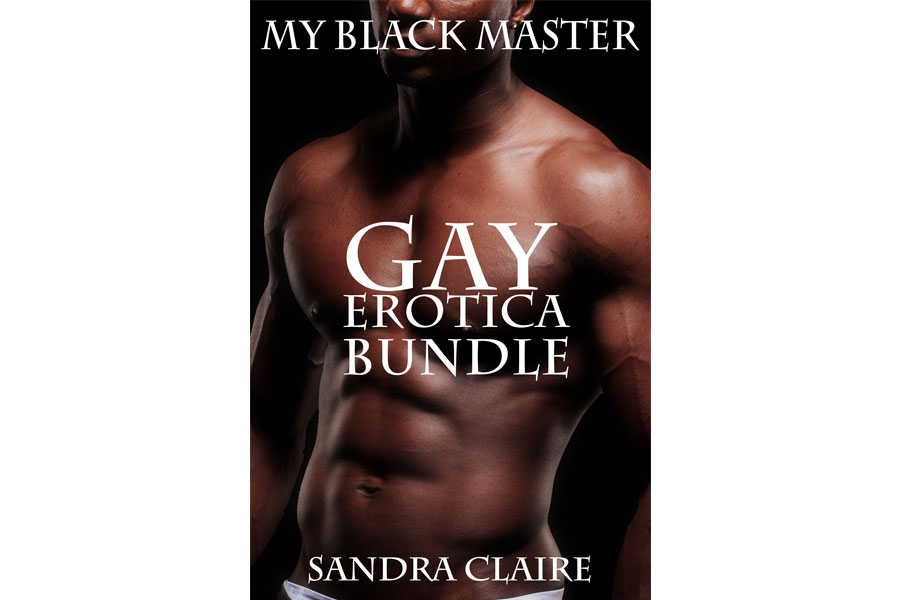 This hot and sweaty bundle collects all five of Sandra Claire’s gay prison erotica stories. Each throbbing volume follows the journey of Adam as he submits, obeys, and comes to depend entirely on Tyrone, his black master.

Included in this volume are:

SUBMITTING TO MY BLACK MASTER: It’s Adam’s first day in prison and he has Tyrone, a terrifying and sexy black Dom, as his cellmate!
PLEASING MY BLACK MASTER: Adam has happily been Tyrone’s submissive for the past week, an arrangement that’s kept him sexually satisfied and physically safe in his new life in prison. Today, though, he’s lusting for some of the other men he’s seen in the showers.
MY BLACK MASTER PROTECTOR: Not everyone in prison is happy with Adam submitting to Tyrone. Paco, one of the most dangerous men in prison, is determined to steal Adam and make him his own!
SHARED BY MY BLACK MASTER: To prepare for Adam’s upcoming release from prison, his Master has a new erotic task for him.
LUSTING FOR MY BLACK MASTER: Adam’s Master is finally released from prison, but the first thing Master asks is the question Adam doesn’t want to answer: “Did you behave while we were apart?”

WARNING: This 32,000-word short story collection contains several explicit sex scenes between a submissive twink and dominating, powerful, older men, that will get you hot and bothered, and is intended for mature adults only.

Not interested in the bundle? Here are the individual ebooks...