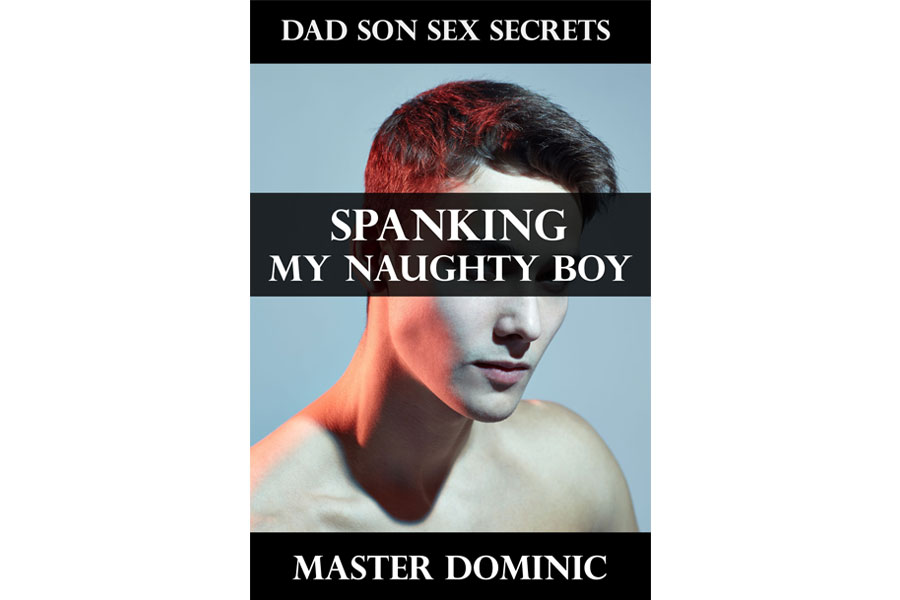 Mark is still grieving from the death of his wife, Marie, but his nineteen-year-old son, Brendan, is taking it even harder. For months now, Brendan has been coming home drunk and high — and with an attitude that gets on Mark’s every last nerve. Tonight, Mark has had enough of Brendan’s self-destructive behavior. In the heat of the moment, he pulls Brendan into his lap and gives him the spanking he deserves. But in the moments after the spanking, when Brendan’s rear is still glowing red, Mark hears a confession he never thought he’d hear. Brendan’s attitude and behavior isn’t all about the death of his mother, it’s also about the lust he has for his father.

I didn’t even realize I was still holding him down with my left arm. I lifted it off him and then helped him into a sitting position next to me — I saw him wince as his ass touched down on the leather couch. And then I saw something I didn’t know if I ever wanted to see — something I certainly never expected to see.

Brendan had an erection. His cock was rock-hard and standing straight up. I felt an odd surge of pride, knowing my son was so well-hung. I bet the girls he fucked liked the size of his dick, too.

I tore my gaze from his crotch when I realized he was looking up at me. I finally met his eyes — they were red-rimmed with tears, but they were also sober. The spanking had cleared his mid, at least.

“I have to tell you something,” Brendan said. His lips quivered, as if he was scared.

“What is it, son? You can tell me anything, you know that.”

“Dad ... I...” his words faltered and he looked away from me. I took the opportunity to look down at his dick again — there was something oddly entrancing about it. I’d never really looked at another guy’s meat before, and the fact that it was my son’s sent an illicit shiver through me. He looked at me again and there was new steel in his eyes. “Dad, I’m gay.”

It took a moment for that to sink in, but then I threw my arm around his shoulders and pulled him in for a half-hug and kissed him on the top of his head. It didn’t really surprise me — a father knew these things about his kids. Brendan had never had a girlfriend that lasted more than a week, and he was very close to some male friends who I knew were gay.

“I love you son, you know that. Nothing can ever change that. Thank you for telling me.” I kissed him again.

I let go of him so that I could look into his eyes. This was good — we were getting to the bottom of what had been tearing him apart these past several months. I was ready for anything he could tell me — anything.

A completely unexpected thrill ran through me and I shivered with anticipation. Acting on desires I didn’t comprehend and wasn’t ready to even think about, I reached for his cock, tentatively wrapping my fingers around it. The warmth of his cock felt good on my fingers, so I tightened my grip. Brendan gasped and sunk deeper into the couch.