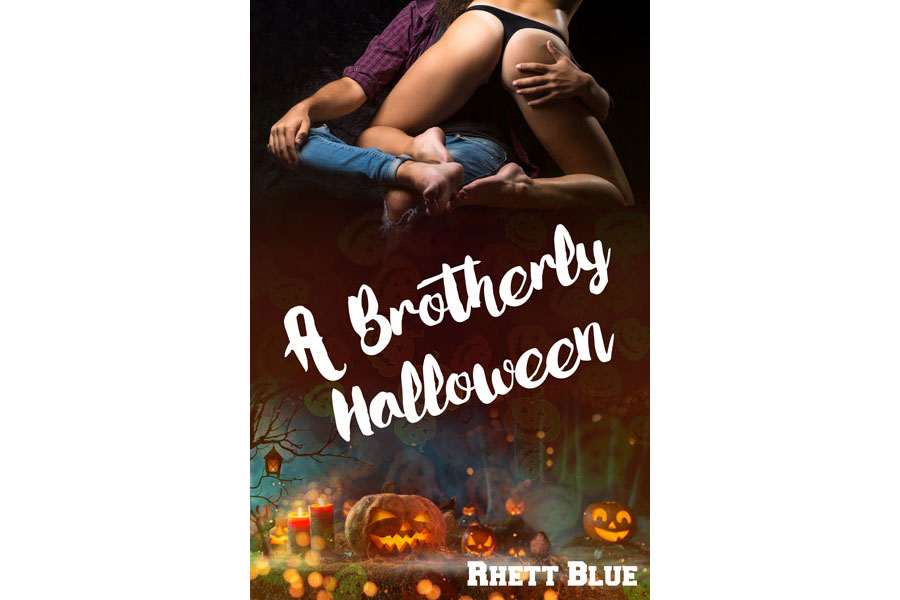 It’s Halloween. Teen brothers, Liam and Lyle, have family over from out of state, leaving them to share a bed. Since they’re only a year apart, they’re pretty close. So close, in fact, that they touch each other in the way blood-related brothers are forbidden to do.

It turns Liam on whenever twinky Lyle roleplays as a submissive girl who needs to be owned, even though Liam continually tells himself he’s straight. His brother gives him the kind of submission his girlfriends never could.

Five years later, it’s Halloween again. And Lyle is back home from graduate school, ready to reconnect with Liam after drifting apart. Lyle is now so sexually experienced that he revels in being a dirty slut. He also hasn’t let go of his cross-dressing fetish as he continues to wear skirts and panties, and being a twink with a boyish face makes it more convenient to fool anyone.

But no matter how many hot men Lyle can get lucky with, his heart will always belong to Liam, the real love of his life. Unfortunately, Liam has a new girlfriend, so he seems to have moved on from their naughty past.

Now that the two brothers are finally home alone, they find themselves in a familiar situation. This time, however, the sexy games they played in the past just might prove that they were an appetizer to what could be the main course.

A Brotherly Halloween is a 7,500-word short story.

For all of Halloweekend, we had extended family here who had just come from out of state, so the house would be full for the next few days. I shared my bed with Lyle because it wasn’t that big for our two uncles, and we were the only teens, so it made me feel more comfortable. Our uncles slept on an airbed, while all the other rooms were occupied—all women in Lyle’s room. I was used to the sleeping arrangements since they had all been coming here several times a year for as long as I could remember.

Lyle finally returned after taking forever, like a typical girl, probably making sure he was clean back there. The moment he crawled into bed on my right side, my dick grew. Just like plenty of other times, it would happen again tonight. We just had to wait until our uncles fell asleep, which wasn’t too long.

Our uncles finally snored away, and Lyle pushed Erin’s jack-o-lantern-themed panties down to his knees—one with a carved face printed on the back—and flipped around on his stomach, keeping his green T-shirt on. No one knew I’d stolen a few panties from Erin’s dresser when I’d once been in her room while she’d had to use the bathroom, just for my brother. My heart had pounded hard, but I’d gotten lucky and hadn’t been caught. I’d never do it again, but I didn’t have to anymore.

Lyle started humping the bed in a feminine way, unleashing his true mannerisms that no one but I knew about. No one ever suspected him because he’d been on the high school baseball team and was fairly masculine in front of everyone.

There was nothing but silence between us for a little while except for his small, clipped breaths from the humping. This was our little “game” that led to more. It always started like this.