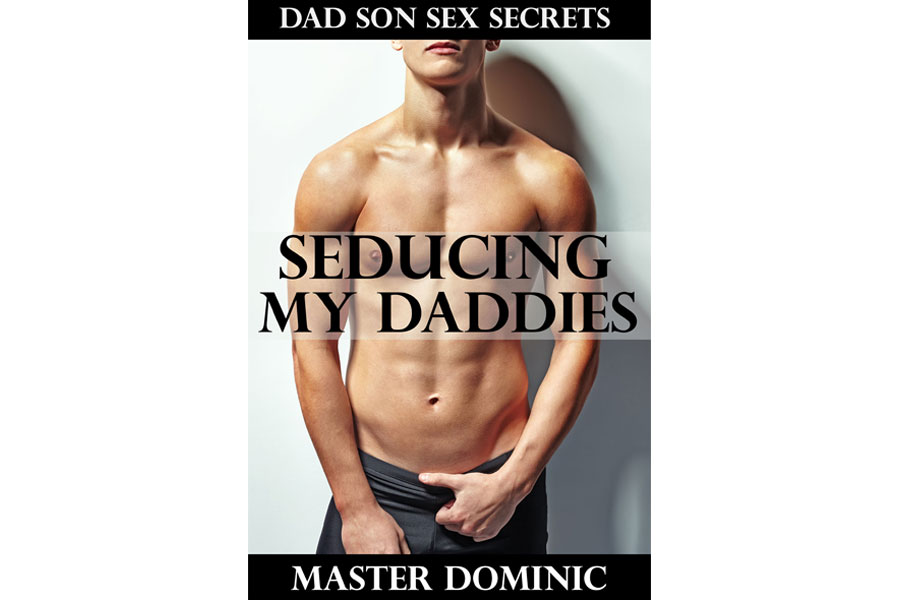 Ryan is spending a week with his dad and his dad’s new husband, Devin. Late at night, Ryan lies awake with two problems running endlessly through his mind — he’s not sure when to come out as gay and, much worse, he’s lusting for his dad and new step-dad. He’s desperate for relief from his burning libido, but knows he can’t get off by his own hand as long as he knows his dad and step-dad are sleeping in their underwear in the next room. Acting irrationally, and doing the only thing that will end his desperation, he enters his dad’s bedroom, totally naked, and openly touching himself. When his dad wakes up and finds him standing there, Ryan has no idea if he’s going to be kicked out of the house or invited into bed.

And that one thing was taboo ... off limits ... forbidden.

I stood up and left my boxers in a pile on the floor and went to stand in dad and Devin’s doorway again. I nudged the door open further so I could get an even better view. The light from the bathroom reflected down the hall and added a faint glow to the scene in front of me.

“Ryan?” The sound of my dad’s voice saying my name sent a shock of cold fear through me. I’d been caught. I’d been fucking caught. “Ryan, what are you doing?”

Acting on instinct again, and not saying a word, I got into bed with them, lying between Devin and dad, facing dad. Behind me, Devin rolled over and I felt his bulge brush against my ass crack. Dad looked at me, the weak light glinting off his eyes, and as he parted his lips to say something else, I put a hand on his cheek and leaned in to kiss him. It was long and passionate — at least on my end. Dad’s lips didn’t move. He didn’t reject my kiss, didn’t push me away, but he didn’t kiss me back, either.

I kept kissing him, kept getting something I’d been aching to do. And then, so subtly that I almost missed it, dad let out a low groan that rumbled in his chest. That groan, that rumble, that sound of base desire, was like flipping a switch. Dad put a hand on my slim waist and leaned into me, kissing me hard, his tongue flicking into my mouth. Devin leaned into me, too, pressing his bulge against my ass and nibbling at the back of my neck, his facial hair adding hot friction to his touch.