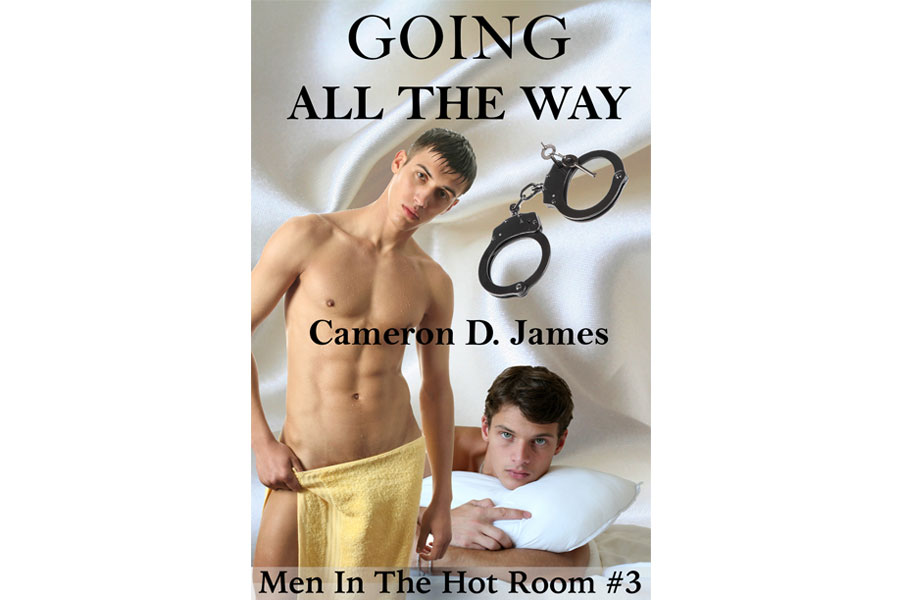 Instructor Brad has cute young Simon all to himself, and this time he has a lot more than yoga sex in mind.

Join this hot duo for more of their secret exploits as teacher gives his eager student a few surprises. Amidst lessons about submission and daring public displays of lust in the heart of Toronto's gay district, Brad takes Simon to levels of pleasure he's never imagined.

A fling that heated up in Go Deep and Go Deeper takes on a new flare as Brad dares to dream of more than just pleasure.

They entered the hotel lobby and then the elevator. As soon as the doors closed, Brad threw Simon against the mirrored wall and nuzzled his neck. Simon hugged him tight, pulling him closer, his rock-hard dick jutting against Brad’s thigh.

“Is this allowed under the rules, master?” Simon gasped.

“Fuck the rules.” Brad grabbed the boy’s woody cock and squeezed, then kissed Simon on the lips, a trace of warmth from the martinis lingering on his breath.

When the elevator dinged, they pulled apart. Brad took Simon by the hand and marched him down the hall. He wanted to run, to get to their room as fast as possible, but he had to hold it together, hold his domination over the boy...the game wasn’t over yet. His heart kicked at his ribs as he calmly inserted the keycard.

The door opened. Simon went through and Brad followed. The door closed behind them.

“Lock it,” Brad commanded his boy, and as the lock slid in place a dam of excitement erupted within. He pounced.

The act drove Simon against the door. Brad humped him and he humped back, feathered light kisses on Brad’s lips and neck.

“It’s tortured me to go without you,” Brad hissed. He fingered open the buttons on the boy’s shirt and ran his hands over Simon’s smooth chest and abs. “We’ve waited long enough—you’ve been such a good little slave boy. Now I have you...all to myself. Do you want your reward?”

Simon wrapped his arms tight around Brad’s neck, trying to get closer, deeper into his mouth. He thrust his hips upward, grinding his crotch against Brad’s. The boy wanted him just as bad and Brad was ready to unclothe him, to take him right here, right now. He so wanted to abandon his plans.

Brad bent and picked up Simon, scooping his hands under the boy’s thighs, then carried him across the room. The king size mattress squeaked when Brad dropped the boy on it.

Cougar On The Prowl by Sandra Claire