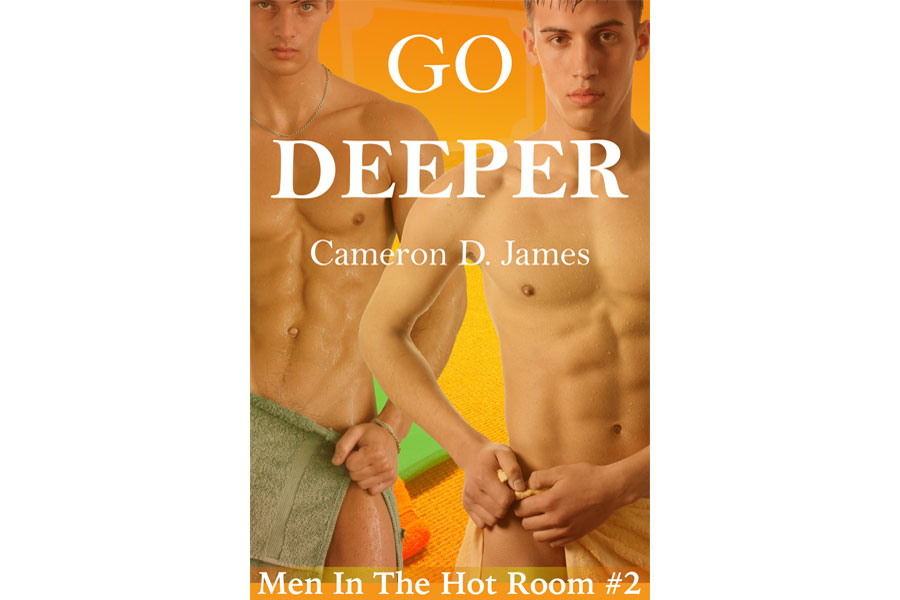 Three weeks ago, Brad was seduced by Simon, a sexy young yogi twink. Every hot yoga class since then, he’s hoped the boy would return for another steamy encounter, but it seems their rendezvous was just a one-night stand.

When Simon does finally show up, though, it’s with a friend, a young man who’s just as hot, and they can’t keep their hands off each other. Brad is pissed and intends to humiliate the young men and put them in their place, but Simon and his friend have something else in mind.

The flow of students trickled then stopped, and still there was no sign of Simon and Randy. No longer needing to hide his prominent bulge, Brad pushed himself to his feet and locked the front door. He double-checked that the women's room was empty, then walked down the hall to the men's.

What's taking them so long? A deep-seated ached pulsed through his groin--he need to jack off and he needed to do it soon.  As soon as those boys are gone...

The men's room was empty, but just as Brad left it, he heard voices on the other side of the hot room door.

"Fuck...aaaaw--that's it. Yeah...let me grind your ass.  Hard." The words were muffled, but still clear.

Brad touched the doorknob. He stilled his breathing, and brought his ear close.

He couldn't hold himself back. Brad turned the handle slowly, then nudged the door open a fraction, enough for him to get a glimpse. Simon leaned on his hands and knees, spine arched down so that everything from his forehead to his chest touched the yoga mat beneath him. Randy kneeled behind, hands on Simon's hips as he humped at a fast rhythm. Both still wore their skimpy shorts.

Sweat rolled down their bodies, splattering on the mat below them. Randy grunted, leaning all his weight against Simon's deep crack, supported by the strength of Simon's curved lower back.

Jacking off to a free show beat imagination any day. Brad's heart pounded. He slipped his fingers beneath his waistband and caressed the head of his cock. Within seconds, his fingers were wet with precum.

"Oh, fuck, you're gonna make me cream." Randy screwed his eyes shut and grabbed Simon's shoulders, pulling his body in even harder. A shudder ran through his frame and he groaned with the sound of orgasm. When his body stilled, he let go of Simon's shoulders and stood up. "Suck me. Lick me clean."