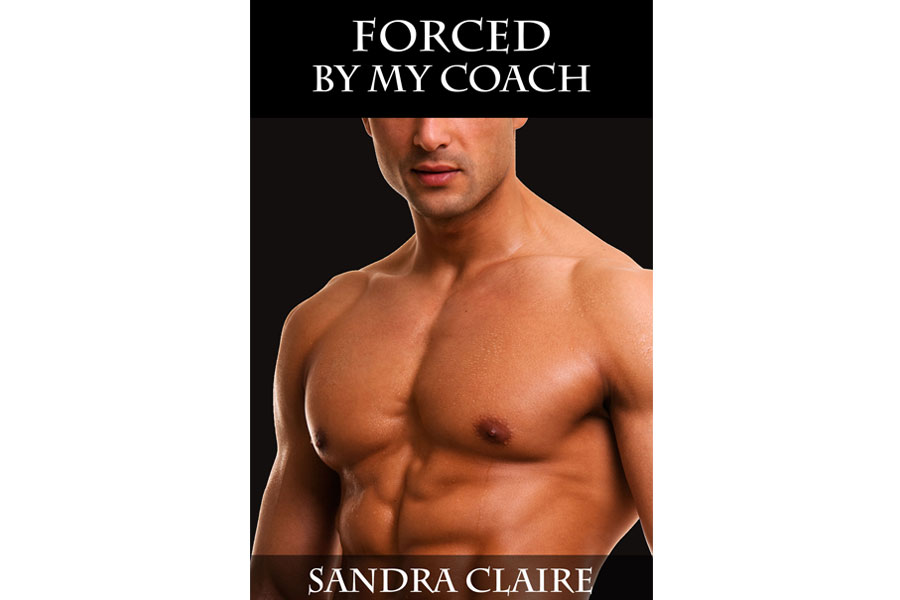 Coach Brown has had enough of Kevin, the disrespectful and undisciplined hockey player who’s also the son of a major donor to the university. As much as he wants to get rid of Kevin, he can’t. After a night of running Kevin through a series of punishing drills, he overhears the younger man trash-talking him in the showers. All of Coach Brown’s self-control vanishes as he storms into the shower and confronts Kevin — he’s off the team unless he gives Coach Brown a real good reason not to.

WARNING: This 4,400-word short story contains an explicit sex scene between a dominating older coach and his younger athlete that will leave you hot and bothered, and is intended for mature adults only.

Coach narrowed his eyes and let his dominating side take over. Even though his heart was pounding against his ribs, Coach stood his ground and showed Kevin he meant business. Coach grabbed his cock and shook it, the head of it rubbing against Kevin’s hip.

“I’m deadly serious, punk. Suck my cock or you’re off my team.” He considered pushing Kevin to his knees and forcing his cock in the jock’s mouth, but this domination would be all the more sweeter if Kevin would willingly submit.

But Kevin’s cheeks blazed red with anger and his eyes continued to glare threateningly. His lips, though, trembled. And Coach felt something brush against his thigh — he looked down and saw Kevin’s cock swell and rise and grow thick and hard. This turns him on, Coach realized.

Coach held his ground and crossed his arms over his thick chest. He clenched his jaw, growing angry at this reluctant submissive’s disobedience. “I said,” Coach repeated, “suck my cock.”

Then Kevin fell to his knees. Coach watched him, stunned, even though he somehow knew Kevin would comply. I won... Coach realized, but then all thoughts fled from his mind as soon as the jock’s hot, wet, tight mouth closed down over Coach’s cock.

The punk’s lips slid up and down his shaft, not quite reaching the base, and his tongue massaged every square inch of skin. Kevin grabbed the base of Coach’s shaft to stroke the parts he couldn’t fit in his mouth. He bobbed his head back and forth with exuberance — with far more enthusiasm than someone who didn’t want this.

Kevin moaned as he sucked, the vibrations thrumming through Coach’s cock and up into his pelvis. Coach shuddered and his knees buckled, but he put his hand against the wall and stopped himself from falling on top of Kevin. He was now fully under the spray of the showerhead. The hot, steamy water massaged his skin and cascaded down him, sending pleasure through all his nerve endings, only adding to the eroticism that consumed his body.