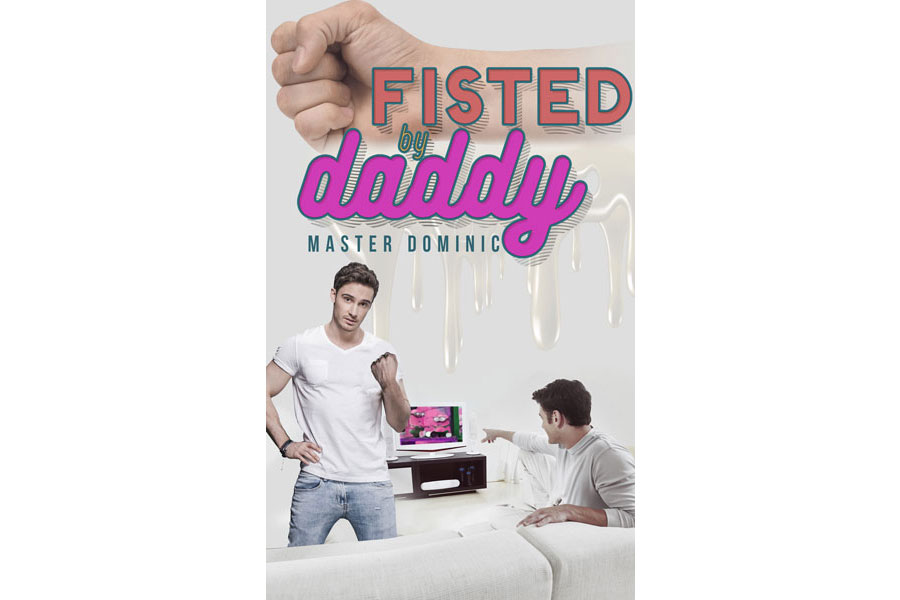 “Son,” he said, with a stern look on his face that made me whither and desperately want to just hide under the blanket I had over my legs. “I think we need to talk.”

I felt my cheeks burn extra hot with a blush that had to be deep scarlet. “Were you snooping in my room?” I asked. I knew it was obvious I was trying to avoid the real discussion, but I was desperate to talk about anything but the massive rubber dong in dad’s hands.

“That’s not the point,” dad said, not taking any of my bullshit. “Turn off the TV.”

“I…” I couldn’t get out more words than that. I felt my cheeks burn even hotter, so hot they felt like they were on fire. I looked away — I couldn’t make eye contact with dad.

Dad sighed, then put his hand under my chin and forced me to look up at him.

My lip quivered in utter nervousness, but I was determined to answer this question. “Yeah, dad, I am.” I felt an instant rush of both relief and even more nervousness — I had just come out, but what would the consequences of that be? It had taken me a long time to accept this fact about myself, with only my recent discovery of the college gay club giving me the strength to do so. For dad, though, this had to be all so sudden.

Nobody does it better than family! In the mood for some kinky gay incest smut? Check out the super hot stories by Rod Rey!

Otto has long been sexually involved with his dad, but when his own son comes of age and wants to join in on the special bonding, it brings three generations of men together for an experience none of them will ever forget!

Bruce's sexual relationship with his nephew Cody enters into a decidedly kinkier stage when he locks his nephew in chastity.

Locking My Bratty Nephew in Chastity by Master Dominic