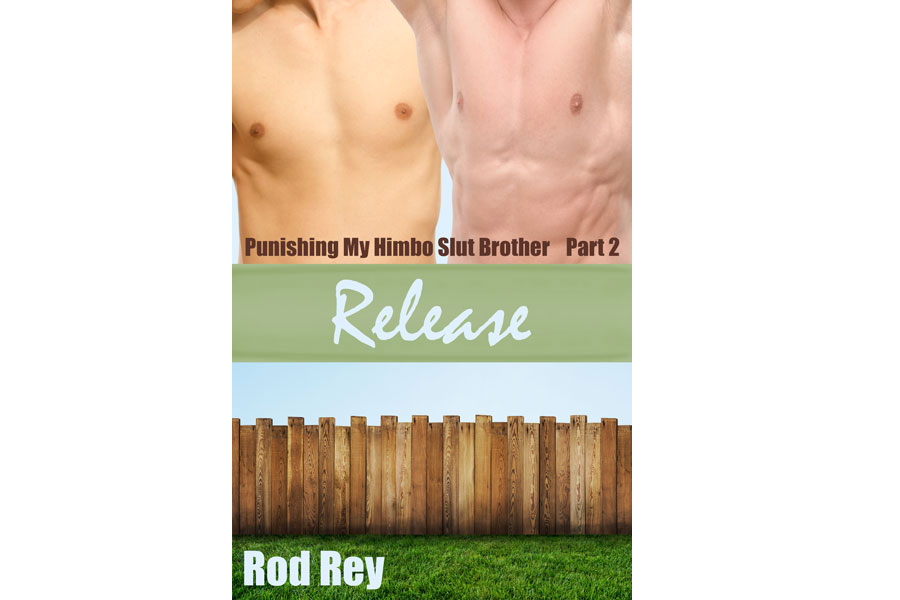 Noah continues on his mission to save his older brother, Ark, from living his secret life of sin by punishing him. Because Noah does ministry work, he believes God sent him to save Ark from the temptations of the Devil. As part of the punishment, Ark will be living with Noah in his new apartment while Noah goes away for college, just so that he's never able to continue living his sinful life. It does mean that Noah will have to succumb to the incestuous desires the Devil has instilled in him, but in turn, it'll steer Ark away from sex with other men.

Now, the brothers are ready to hit the road. But first, their father has a private concern to discuss that can't wait. So, Noah follows Dad to the backyard where they talk about Ark living a sinful life. Of course, Dad doesn't know the truth and believes it's women Ark is sleeping around with.

However, Dad has a private concern of his own, and it's affecting his life in ways Noah has never imagined. Because of his ministry work, Noah wants to help Dad take care of his personal problem, which is an agonizing frustration Dad is desperate to release.

But Ark also has his way of releasing Dad from this torturous frustration. Just because he's a himbo who isn't very bright doesn't mean he doesn't know how to come up with his own solution to alleviate Dad's pain.

Maybe both sons just need to show Dad how much they're willing to help him.

I furrowed my eyebrows because I had no idea what Dad specifically meant. “What kinds of urges?”

“Well? Your mother hasn’t put out a single time since you were born.”

“She just completely lost interest and refused whenever I tried so much as to touch her. Turns out she never enjoyed being with me in that way, and she cried every time it happened. Just because I’m in charge doesn’t mean I’ll force myself on her, so I had no choice but to become celibate.”

I frowned, still not knowing exactly what to say because this situation was so foreign to me. Would it apply to me too? I wasn’t gay at all because I refused to believe it, and my punishment for Ark didn’t mean anything but saving him from more sin. Also, Dad’s hand was still on my shoulder.

He sighed. “I pray about it every single day and night. You say God talks to you, right?”

I nodded, my sympathy for Dad growing enough to make my heart hurt a little. Why did all of us have to suffer? It was the mysteries of the unknown that only God could ever answer. “I can help you, Dad. Tell me anything you need from me, and I will alleviate all your frustrations by supporting you in any way I can. Just name it.”

He sighed, and for the first time in front of me, his eyes watered.

“Let it out, Dad. Stop listening to this toxic belief that men can’t cry and just cry in front of me. Your secrets are always safe with me, I promise. God’s telling me it’s okay, so do it. Cry.”

Within seconds, Dad shocked me by bursting into silent tears and wrapping his arms around me for a tight squeeze. We had so much privacy right now. No one could hear him because he fought any sound from coming out as the tears wet my shirt. No one could even see us because our privacy fence was high, our neighbors were very far apart, and open fields and woods surrounded us.

I’d never known that, but then again, why would I? It now made sense why Dad had been so cold and distant, especially moody. I was just as moody and frustrated but for a different reason.

“I’m going insane, son. Help me, please.” That pained look on his face.

I wasn’t sure if Satan was trying to seduce me again, but I found myself desperate to alleviate Dad’s pain in the most forbidden way. I sighed. “How can I help? Just say it. You will never weird me out with whatever it is, and whatever you share with me stays with me. I already made that promise to God as part of my ministry work, and I won’t break that oath.”

Dad swallowed, sniffling again. “Can I alleviate myself here?” He’d just never looked this distraught, ever. He was like a different person the longer we connected. He gave me hope that I could change his mind someday about disowning a gay son. I’d happily cure Ark of his homosexuality, but I’d eventually find a way to sway Dad never to disown him over it.

Desperate to cure Dad, I gave him a nod. “I already told you that whatever you need, just ask. I’ll do it. Anything.” Anything? Then again, Ark wasn’t the only one in need of my specialized help.

I shook my head, even though I wasn’t entirely sure. I chose to believe that ministry work required all forms of help, not just the traditional ones. If saving my father like this led him to become a better and happier man of God, then why not? “Do it, Dad. No judgments. Just do it.” I couldn’t believe my growing boldness over letting my ministry work get to my head.

He let go of me and paused, looking away with shame. Then, he gazed back into my eyes and unzipped his khaki shorts, pulling out his cock that I didn’t dare to look at, not that I was interested because I didn’t experience those kinds of feelings for him. That only proved to me that Satan seduced me with Ark because the situation was different. Dad simply needed to release like any man did. There was nothing gay about this.

He took a few steps, took his T-shirt off to reveal his smooth, slightly-flabby body that was still good for his age, like a dadbod-to-be but not quite. I only hoped he wouldn’t burn like a lobster like I typically did under this hot sun. He covered his cock by wrapping his shirt around it, and he quickly stroked while his gaze continued holding mine as if no longer ashamed to give me eye contact. “I have thoughts, Noah.” Probably of all sorts of naked women.

“No judgments, Dad.” Why would I, given my new experience with Ark?

“But…they’re thoughts I shouldn’t have.”