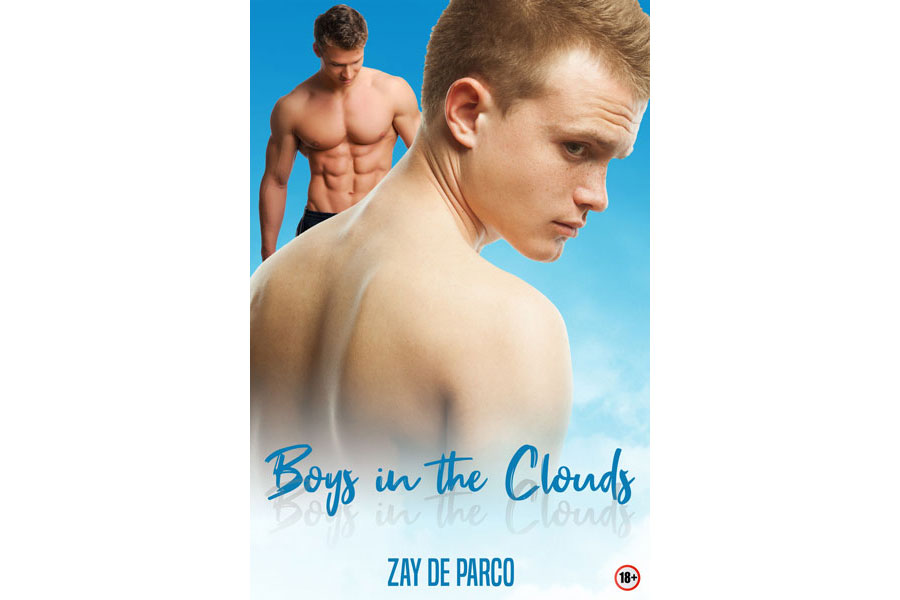 It's summer vacation, and Bailey has the house all to himself. What better way than to take advantage of lots of alone time with his best friend, Claud. The two of them plan to have so much fun before their last year of high school in the fall.

Now that Bailey and Claud came out to each other, there are many new things to explore in their lives. They can relate to each other's personal struggles, and they're able to confide in each other more than ever. They can also check out other boys together, because why not?

But maybe instead of checking out other boys, they can check each other out and take their friendship to a whole new level. Testing the waters with a serious flirt here and there could be a promising start. They've already flirted harmlessly before, after all. It would just be the next step. If only being virgins didn't make them more anxious.

Bailey also has a crush on Claud, so it's not only physical on his part. He just doesn't know how to go about it. He's more outgoing than the shyer Claud, yet he doesn't feel like it in a unique situation like this.

Who will make the first move? Where will things lead between them? What will happen to their friendship? What they do know is that this summer isn't going to be the same as any other hot one.

It's going to be hot in a whole new way.

Thank God school’s out for the summer.

Claud and I just came out to each other. It took us long enough after suspecting each other’s sexuality for a while. We flirt with each other a lot, but we never question it. We flirt because it’s fun and something we got used to doing. I swear we’re the only gay guys in town, even though that might not be the case. It just feels that way because of how conservative our bumfuck Michigan town is. If we’re not the only ones, then there can’t be many others.

What’s awesome about this summer is that my parents are away. Since they went to Hawaii last year, they decided to go to Puerto Rico this year. They’re still very much in love and enjoy spending lots of alone time together. It works out in my favor because I have the lake house all to myself for the whole summer.

Now, Claud and I are floating on our blue, inflatable rafts in the large in-ground swimming pool, the hot sun tanning our backs. We had a splash war a moment ago. I didn’t win because Claud is bigger and stronger than me. Even though we’re both jocks, he’s just huge in comparison. He’s on the wrestling team, so he wins at everything. I never win anything. Plus, he’s taller, so there’s that too.

After being too antsy to stay in one position for too long, I flip around and gaze while Claud remains on his stomach. The clear, blue sky looks pretty with how the fluffy clouds almost form a heart, a rare shape for such a thing. It makes me wish I could fly up there. Maybe I’m just in the mood for some weed. Maybe Claud and I could buy some off our neighbor.

I turn my head to glance at Claud, smiling while my heart and body tingle everywhere. What a hottie who has the ability to make me want him more than he knows. Eyes focused, I trace the outline of his back and stop at his clothed bubble butt, then trace his long legs and toned calves. Who would’ve thought I’d end up feeling this way about my own best friend?

He forms a grin, oblivious to my gawking at him. “Hey, Bailey, do you ever regret our slack-off year in the ninth grade?” He has a real deep voice for hitting puberty after a delayed growth spurt. And I thought mine was deep. “Well, our first ninth-grade year, not the second one, obviously.”

I shift my gaze back to the sky. “Why, because we’ll be the only eighteen-year-old seniors for a while when we go back to school this fall?” I didn’t really care if we were mocked for it. Then again, most of the students probably didn’t, either. Claud’s worrying over nothing.

“Well, maybe that too, but more like colleges won’t be impressed that we failed a year since it’s permanently on our high school records.”

“That’s a good point, but I’m not planning to go to some pretentious university that won’t guarantee my acceptance even with perfect grades.”

“So, we’re probably stuck going to a community college, then, huh?”

“Not necessarily. There might be some universities out there that are more lenient. Besides, it was just the one year, and that was a few years ago.”

“Because of that stupid challenge to see what would happen if we did literally nothing at school.” Claud chuckles.

I grin. Yeah, we were pretty stupid for skipping school, not doing our homework, and getting drunk and high all the time like stupid asses. Well, we still got high at times, just less stupid. I’m not sure how Claud felt at the time, but I wanted to spend so much extra time with him because of whatever it was I felt and still feel for him.