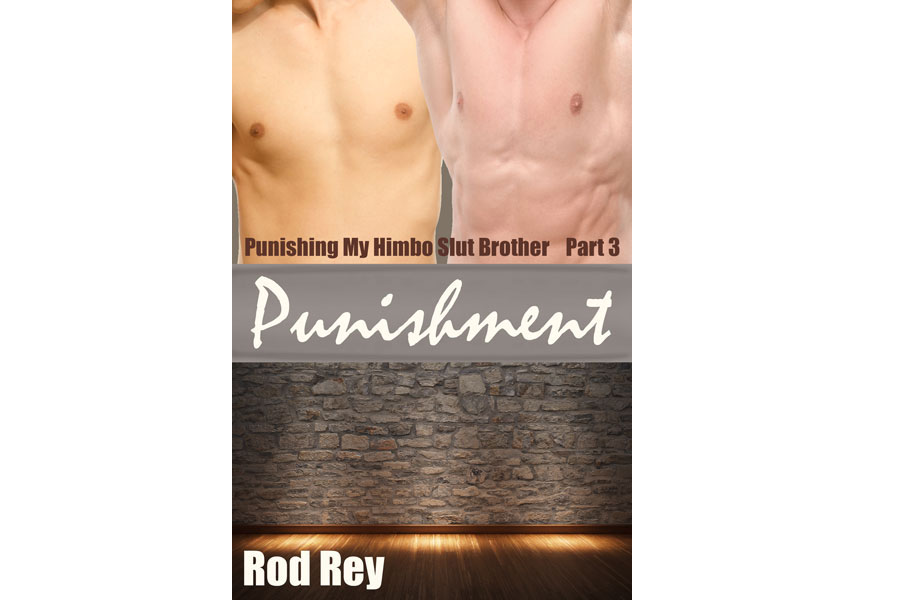 Noah is finally on his way to his new apartment in time to start college for his ministry work. His older brother, Ark, is moving in with him as part of Noah's mission to save him from sin. This will be done through a punishment Noah has in store for Ark. By now, Noah completely sees Ark in a different light, and there's no turning back. It's the sinful kind of light that continues to arouse Noah like the Devil wants him to feel.

But the punishment isn't supposed to be permanent. It's meant to be a temporary way to steer Ark away from other men and have him be with just Noah, which could then steer Ark away from sin altogether as he becomes influenced by Noah's godly presence, enough to want to change his ways. After all, Ark is a himbo with a lack of faith, and he's very easy to persuade into doing whatever Noah wants.

However, it's not as simple as Noah thought. In fact, is it even possible when he continues to want Ark as more than just a brother? It's not about lust anymore. It's not just fulfilling Noah's suppressed sexual needs. Like Ark, Noah wants love too.

And he doesn't want it from anyone else.

“Thanks for letting me live with you,” Ark said. Whenever he looked at me, it was in the same way one would when having a crush on someone. His greenish-blue eyes sparkled with the kind of emotion that told me I affected him in the greatest way. Topped with his red hair and lightly-freckled face, he really looked so much like me, a jock version than my skinny self.

But it was the Devil making him feel enamored with lust for his own brother. Satan continued to instill sinful thoughts about me in his mind, and I was here to repel the Devil out of him. Granted, this particular repellent wouldn’t be approved by most Christians, but I believed God would understand my special purpose since He knew the future before it even happened. If doing this ended up curing him, then how could that be wrong? God would’ve already known that.

I managed a little smile, ignoring my twitching boner. “You’re welcome. Just remember, though. It’s a studio apartment. What that means is there’s no bedroom. Well, not a divided one, anyway. Everything besides the bathroom is in one space.”

Ark formed a pensive expression, clearly not getting it.

“It’s okay. Don’t worry about it. You’ll see when you enter the apartment.”

“Okay.” He continued looking out the window.

I’d never hurt my big brother. This plan wasn’t pain or betrayal or anything bad like that. It was an eye-opener to get him to realize where his life had been headed. But since I wasn’t sure if it was a permanent fix, I decided to have him live with me forever. I was his savior. He needed me.

And I needed him.

“Noah, you’re suffering,” Ark said as he shifted his gaze to the front of my beige shorts. He frowned.

I lowered my eyebrows and attempted a sheepish chuckle. I’d just realize the huge wet spot from so much precum. Truthfully, Satan had gotten to me so hard that I was ready to burst. The unusual horniness was too much to bear because I’d never been in a situation like this before. While I hadn’t been turned on by Dad during our private moment together, I’d been turned on by Ark and hadn’t been able to get off yet.

Ark pulled something out of his pocket and showed it to me. It was a tiny bottle of lube. Why did he have that? What was he going to do with it? “I always take this with me in case of any emergencies, and it looks like you need to take care of that problem right now.”