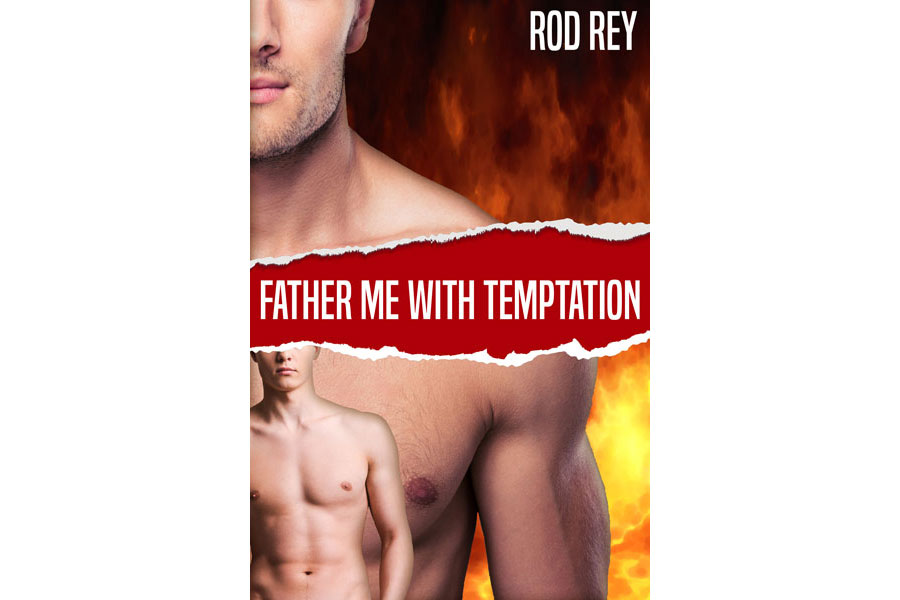 Evan hasn't been that close with his dad, Adam, since he was a kid. Somehow, they drifted apart and did their own thing. Now, Evan is eighteen, and his parents are separated, leaving him and his dad all alone in the house.

Adam leaves his bedroom door cracked open while Evan is in the shower, something he never does. When Evan gets out of the shower with just his towel on, the cracked-open door entices him, and he falls into temptation by taking a peek.

What he sees inside the room shocks him so much that his towel drops. That's when everything between father and son changes forever, and they discover a whole new way to bond.

But just how far will temptation lead them?

Father Me With Temptation is a 4,000 word short story.

I wrapped my towel around my waist and stepped into the hallway. As I turned right and headed back to my room, I noticed Mom and Dad’s room door was cracked open at the far left where the darkening hallway ended. I could’ve sworn it’d been shut all the way. Had Dad come back from wherever he’d gone after yet another big fight with Mom? Since she was out of town staying with family, he and I were alone.

The idea that he was alone in his room was enough to make my toweled cock twitch a few times while it slowly rose to the illicit occasion. It was wrong to feel like this, but my body didn’t care about what was forbidden. It just felt, period. Besides, incest between adults was legal in this island fittingly shaped like a flaccid penis, and I was eighteen now. It was just highly frowned upon. Like I’d ever get lucky to do anything with my own father, anyway.

Just a few inches closer, and I stopped almost against the wall of the hallway’s end, peering into the crack. My eyes grew wide, and my mouth was slightly open. Dad must’ve returned while I’d been in the shower because he was right in there, but he was also naked on the bed, his left side facing me. His mostly-smooth and muscular body with just sprinkles of brown hair was too hot not to notice, and he tanned nicely under the sun, unlike my paler skin. His fingers were wrapped around his pink cock while making the squishy sound of lube with each stroke, looking lost in his own world.

That size, though! It wasn’t a whole lot slimmer than a beer can. How long was it? Nine inches? It couldn’t be any longer than that, which was long enough. Mom could take that monster meat? Even his lightly-hairy balls were big.