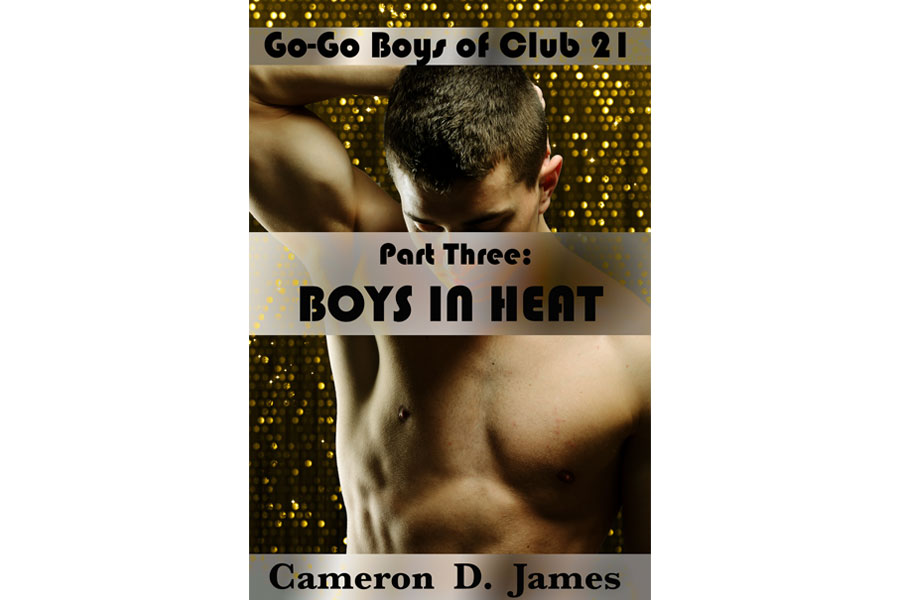 Lance, however, is sure there were sparks in his kiss with Liam, and with Ryan now out of the picture, Lance figures it's only a matter of time before Liam realizes how good his life would be with Lance. Lance is on the hunt, but will his persistence break through and win him the boy of his dreams, or only drive him away?

Enter the hot, sexy world of Liam, Lance and Ken as another Saturday night comes to Club 21. When the boys are in heat, anything can happen, be that surprises or dreams come true.

Fuck, why did I have to jerk off? Yanking my cock meant I was now late for work. I tried not to shove people aside as I charged down the sidewalk and through the intersection.

I stepped off the curb and a taxi blared its horn at me, nearly taking my knees out. Shit! I slammed my fist on the trunk of the cab as it zipped past me. The cabbie flipped me the bird, hand sailing through the air. Another car honked and whizzed by and I nearly lost it with him too. What was wrong with these assholes? I looked up at the lights, then saw the cars had right of way.

That didn’t make me feel any less angry. I swore under my breath and avoided eye contact with a nearby grandma glaring at me.

My phone chirped. I pulled it out and read the message from Ken. You coming, man?

I texted back that I was almost there. God damn it, I’ve never been late for a shift at the club before. I was supposed to be in the back room ten minutes ago.

Finally, I rounded the last corner and Club 21 came into view. There was a small line-up across the front of the building. Max, the bouncer, stood at the head of the line with his arms across his chest. He was so massive. No one fucked with Max.

When he saw me running up, Max grinned and held the door open. It must have been an enviable sight to those wannabe daddies in the crowd watching how we smiled at each other, but make no mistake—Max was straight. “Have a good night, Liam,” he said as I rushed past him. Before I was out of reach, he gave my bum a quick grope. Okay, so he was mostly straight; even the straight daddies liked a firm twink bum now and then.

Inside the club, it was dark, hot, and the music was already thumping. The crowd was a little thin, but the line outside promised a crowded night. I bit my lip as I passed the pool tables, the place where I first spotted Ryan two weeks ago.

“Liam, you’re late.” Rachel’s voice pulled me out of my disjointed thoughts. Somehow, I had come up right beside her and not even noticed.

Rachel smiled. I suspected she knew bits and pieces of what had happened between Ryan and I. “That’s okay,” she said. “I’ll let you off the hook this time. Try to shake it out of your system tonight and just have fun, okay?”

She gave me another smile and nodded toward the back of the club. I rushed around the dance floor and past the bar, toward the back. I took a deep breath before opening the door to the back room. There was a second reason I was late, and it was to avoid who was waiting inside.

Lance. He’d kissed me last weekend. To my surprise—shock, confusion—I kissed back and...I liked it. But I was with Ryan. My future was with Ryan, if I could just grow some balls and take what the man was offering me. I was on the cusp of finally doing something with my life and then Lance went and made a move on me. Fuck.

I pushed the door open and plastered a smile on my face. Both Lance and Ken were facing each other wearing only their dancing shorts, which were hooked under their balls.

“Perfect timing,” Ken said, holding his cock in his hand. “We were just about to start.”