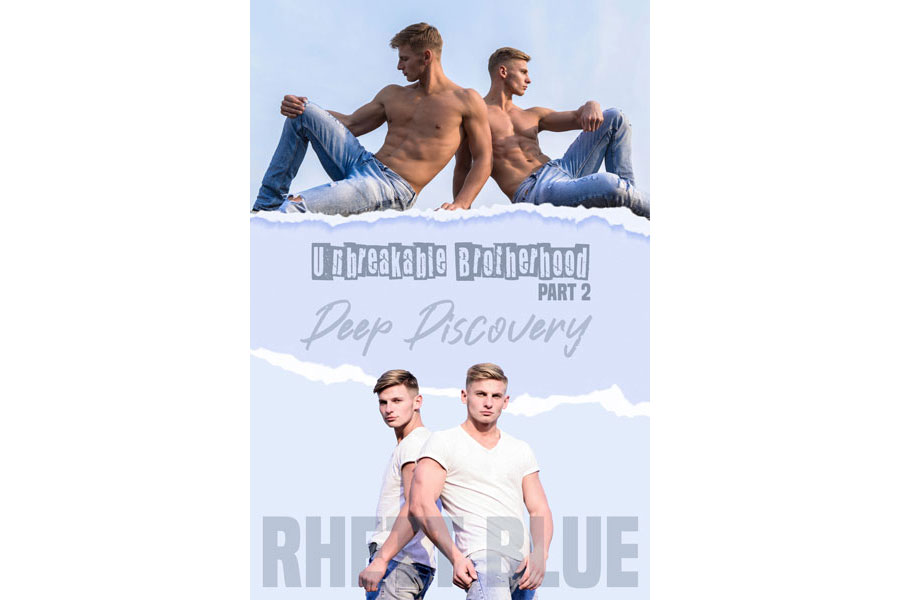 Gorgeous twenty-year-old twins River and Ryder prepare for their second hookup while at a gay resort. While they are secretly in love with each other and would prefer to be monogamous, that doesn’t really work with two bottoms, so these hookups are keeping their sex life alive.

When the twins meet another set of jock brothers, they’re surprised to learn they’re not the only brothers in love. These muscled hotties from Italy are both dom tops—which seems to be exactly what River and Ryder need. In fact, this could very well change their romantic lives for good.

But will it be for the better?

Ryder glanced around the beach, and no one was at this spot right now, if they would ever be. We really were alone. He shuffled around to get his clothed butt to face Alessandro like a silly puppy. Since he was directly across from him with the bonfire separating them, Alessandro had to move to the side a bit to see.

Mugh! What was he doing now?

He pulled down his speedo just enough to moon us and wiggled his smooth butt, smiling seductively like the thirsty horndog he was.

Ryder! Though, to be honest, my penis hardened all over again the more I looked at his hot butt, tempting me to dig in for a nice taste of his hole like I already had multiple times at the hotel. I could never get enough of his body, especially the taste of him. His masculine smells alone drove me wild. I suddenly leaked quite a lot.

“Mmm.” Alessandro was just as hungry. “I’m going to eat it like a good meal and then fuck it even better with my huge dick.”

Angelo smiled as if full of lust, probably just as turned on as his big bro. Romantic or not, he was still a typical guy like the rest of us were, and while I had my qualms, they were temporary enough to melt away my reservation and strike me with the same carnal lust that filled the air of this private space.

Vulgarity aside, what was it like to suck both brothers off and have them inside me? Would they be rough, gentle, or somewhere in between? They had to have considered my and Ryder’s lack of experience, right? After all, they were apparently bigger than monsters down there, assuming the claim was even true.

Ryder yanked off his speedo and got up to face us, grinning while stroking his thick seven-incher. We had the perfect size because it wasn’t huge or small. “Okay, let’s fuck, then,” he said. 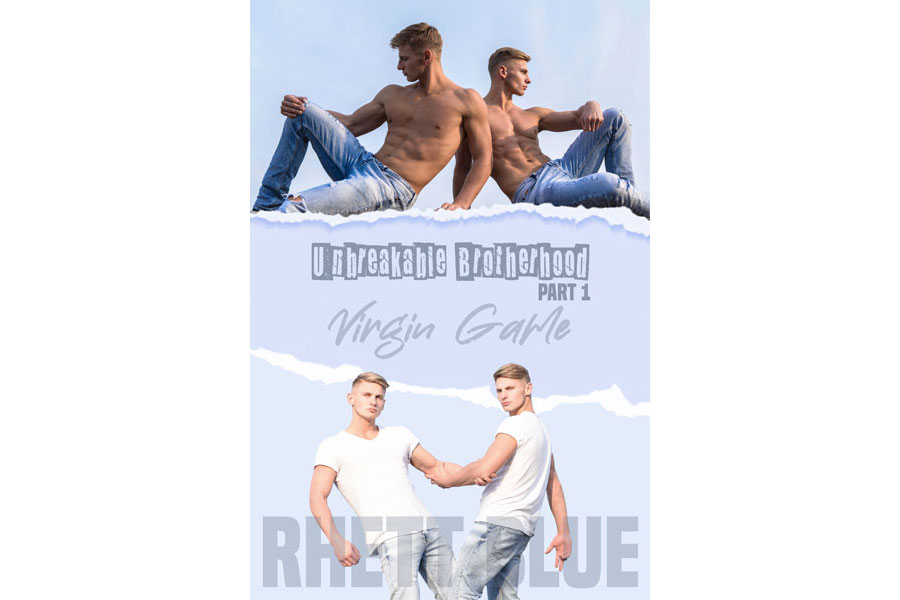 River and Ryder are beautiful, buff, Ken-doll-like twins…who love each other more than brothers should. Their taboo relationship turned sexual years ago and were it not for the fact that they’re both total bottoms, they’d be completely monogamous. They want each other and no one else. But there just doesn’t seem to be any hope for them

With a summer trip to a gay resort, River and Ryder make it a mission to expand their sexual adventures, one hookup at a time. It’ll be the first time they share themselves with others.

The first contender to take both their butt virginities is a hot and beefy ginger jock who is more than willing to make his own incestuous fantasy come true. He’s not just big all around, but down there as well.

I let go of Chris’ dick to switch to River’s while the two of them continued making out. I loved the taste of my twin’s smooth skin, and I especially loved it whenever he came inside my mouth. Willing to serve, I licked just the head for a moment while grinning up at River. “You like my mouth, broby?”

I’d marry him if I could.

The greed took over me the longer I sucked my brother while he and Chris made out again, me going back and forth between the shaft and River’s smooth balls, sometimes just the head for an extra sensation. I wanted it all for myself. Bobbing my head, I showed him nothing but devotion. I would love nothing more than for us to own each other for life, never allowing anyone else in our exclusivity. This was my dick.

River started panting, little breaths as his warning. “Ryder, you’re…you’re gonna make me…ungh…” He gripped my head as tightly as always whenever he released in my mouth.

In this sequel to Go Deep, the temperature goes up when Simon invites a friend to join him and Brad for sweaty sex!

Jay’s quiet night in the ski resort’s hot tub is interrupted by an anonymous man. And this man—hairy, hunky, older, dominating—knows exactly how to end Jay’s day with a bang.

Dominated in the Hot Tub by Cameron D. James