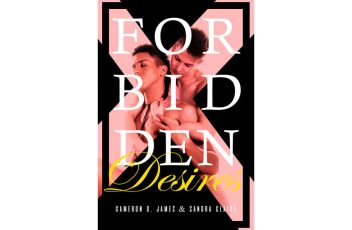 There are some lines not mean to be crossed ... some desires that are forbidden. But try as one might, some taboos are simply too irresistible to hold sacred.

From a young man hooking up with his best friend’s dad, someone he’s always considered to be like a father, to a priest who engages in carnal sins with a parishioner, to a bombastic American president and his illicit love affair with an illegal Mexican rentboy ... these men explore the forbidden, indulging in their deepest, darkest desires.

Collected in one volume are three such stories — tales of forbidden passions and devious desires.

Not interested in the bundle? Read the individual novellas here: