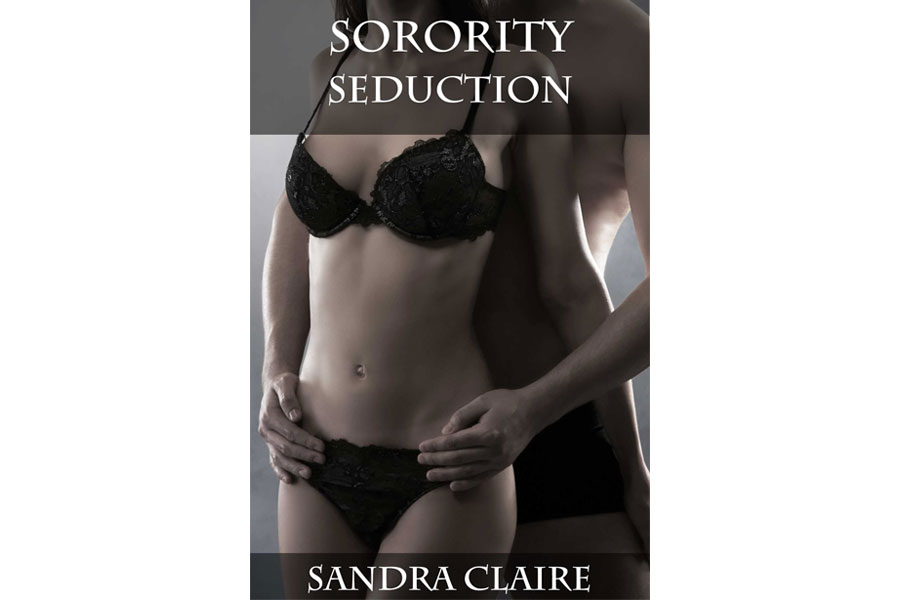 In retaliation for last weekend’s panty raid, Jessica’s sorority sisters drag her along on a jockstrap raid. Jessica wants nothing to do with that frat house or the men in it — for one of them is Josh, her cheating ex. Her sisters have other ideas; they want her to personally steal Josh’s jockstrap as a sort-of revenge for the hurt he caused her. But when she rummages around in his dresser in the dark, she discovers she’s not alone — Josh is in bed and under the covers. In a moment of weakness and lust, Jessica’s old feelings for Josh come roaring back, and no matter how hard she fights those feelings, she knows she can’t resist him much longer.

WARNING: This 4,300-word short story contains an explicit sex scene and is intended for mature adults only.

On the second floor, I made my way down the hall to the end, to where Josh’s room was. My heart pounded harder and harder as I got closer. Josh wasn’t in there, I had to keep telling myself. He was at the football game with the rest of the assholes in this house.

Maybe ... maybe stealing his jockstrap would feel slightly cathartic. Perhaps trashing his room would feel even better. My nervousness seemed to dissipate as I contemplated how furious I might make him by invading his privacy like this. I could come to enjoy this.

I flicked off my light and put my cell in my pocket — there would be enough moonlight coming in the window to see my way.

Still not knowing why I strove to be so quiet, I gently laid my hand on the doorknob and entered, closing the door behind me without even the softest click. On the left was Josh’s bed and on the right was his desk and dresser. I crossed the room to his dresser and slid open the top drawer, where I knew he stored his socks and underwear. A bit of a funk wafted up and hit my nose — not everything in here was clean.

I grimaced as I reached in, vowing to slather my hands with sanitizer as soon as I got back to the sorority house. I pulled a few things out, holding them up to the moonlight to see if it was a jockstrap. Nope — these were briefs. I rifled through the contents of the drawer, hoping he had more than one jockstrap and that this wasn’t futile effort. If he was wearing his jock at the game right now, I’d have to settle for some briefs or something.

“Jessica?” a masculine voice said. My heart stopped and it felt like my stomach fell. Josh was here?

I turned around, slowly, still holding briefs in my hand. Josh was lying in bed, shirtless and under his blanket. Somehow I’d missed him when I came in — but I hadn’t expected to find him, anyway. And, dammit, I felt a warmth growing between my thighs. Despite his whorish ways, the mere sight of him still turned me on.

“Jessica ... what are you doing?” he asked. He rubbed his sleepy eyes, like he still wasn’t sure if he was actually seeing me.

“Why aren’t you at the game?” I asked, words tumbling out in a rush. I suddenly realized I still had his briefs in my hand — I quickly put them back in the drawer and slid it closed.

“I’m on suspension from the team until my grades improve,” he said. “What are you doing here?” he asked again.

I struggled to come up with some excuse, some explanation. “I don’t know,” I finally said.

He pushed aside his blanket and stood up — oh, God, he was wearing only a tight pair of briefs. His muscles shone in the moonlight, making him seem like an Adonis, and his bulge stood out prominently. And I knew that bulge intimately — I knew that even though it was large, he was still soft. Josh had a massive dick and managed to do things to me that no other guy was even capable of.

“What do you mean you don’t know?” he asked. The anger I’d expected to hear in his voice wasn’t there; he didn’t seem to mind that he’d found me in his bedroom, uninvited.