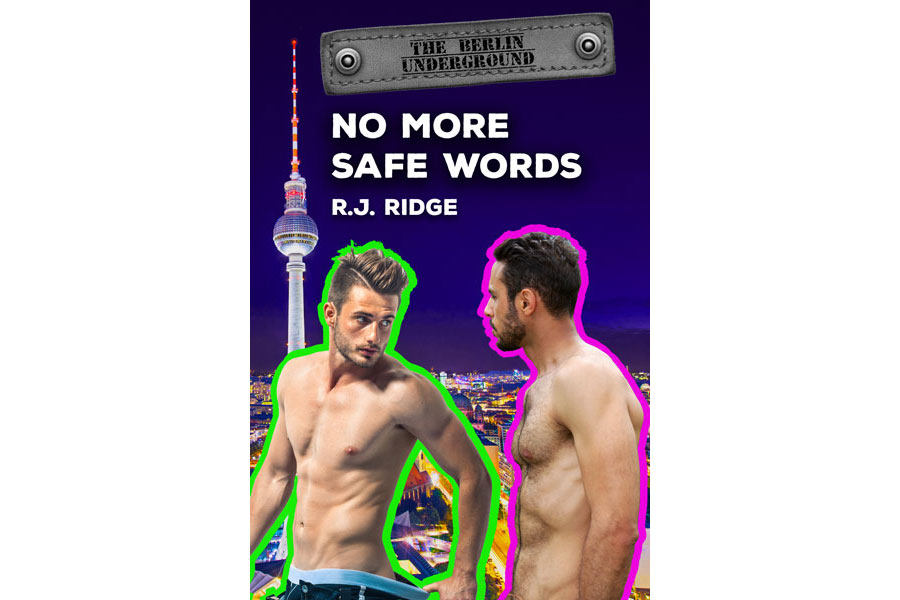 Peter and Lukas are forcibly brought before the Antinous Society for a final, harsh test by master Richard. But far from a final round, the boys are just beginning their journey into the depravity of the secret society's initiation. An abandoned hospital in the Berlin woods will be the venue where men must hunt, or be hunted. In this fight for dominance and survival, there will be no more safe words.

The door slammed closed. I did not touch it.

Even the green bulbs of our watches did nothing to change the absence of light. There was a black hole sucking it all up. The faintest drops from under cuffs and coats escaped, dabbing only the occasional outline of a hand, a bed frame, a naked back, to prove this was not the void. I listened for breaths, there were many. Some rapid and heavy, others smooth, relaxed. A sound like water gurgling through a blocked pipe picked up. A dick was being sucked, deep-throated, from a different corner of the room where the bed began to squeak again.

I was conscious of what happened in the bathroom. This place was either fuck or be fucked, and I didn’t care to lose my only point. I stepped forward blindly, hands out, hoping to not trip over anyone already on their knees. It was my leg that stopped me. My shin hit the bedframe and I bit my lip instead of breaking the silence with a curse. Body heat was near. My eyes kept adjusting, suggesting lines of muscles moving, sliding, fucking.

The heat rose like in a sauna when water is cast over the rocks. Sweat buffeted my tastebuds, the scent of bare skin was near. I edged forward as the slurping from the other side of the room became a gurgled choke. I reached out a hand into the unknown and touched a body. Impossible to know if he was standing up or lying down. Knee or shoulder, I couldn’t tell, but I kept tracing the invisible lines, making my way down to a leg or an arm. An elbow. His wrist. The watch tucked under a thick sweatshirt. He was standing, but moving. His bottom half sliding in and out of another creature I didn’t dare reach out to touch but assumed was there.

I crept behind this other top, catching the beat of his breath in the menagerie of this busy, cramped dark room. I touched bare ass. Round, hairy, filmed with light sweat. Low balls swung like a pendulum, out of the man he was fucking and into my hand. I was now fully behind him, his furry ass cheeks stealing the chill from both my hands. I reached around slowly, gently grasping the thickness of his cock as it slid in and out of another body. Hairs from the unknown tingled against my hand. It could have been a beard or an ass, I would never know.

The top kept me in place behind him. He angled his bare ass deeper into the nook of my crotch and gently returned my hand to the tightly trimmed base of his cock. I hoped we were communicating that I was next for a turn on this hole. To seal the deal I loosened my trousers, shuffling them down to just beneath the hip, letting my cock grow hard against his ass cheek. That’s when he let out a groan. It spiked the room, unusual in the enforced silence, as if the location of this secret place should never be shared. If he’d came, he kept on going. Not dropping a beat.