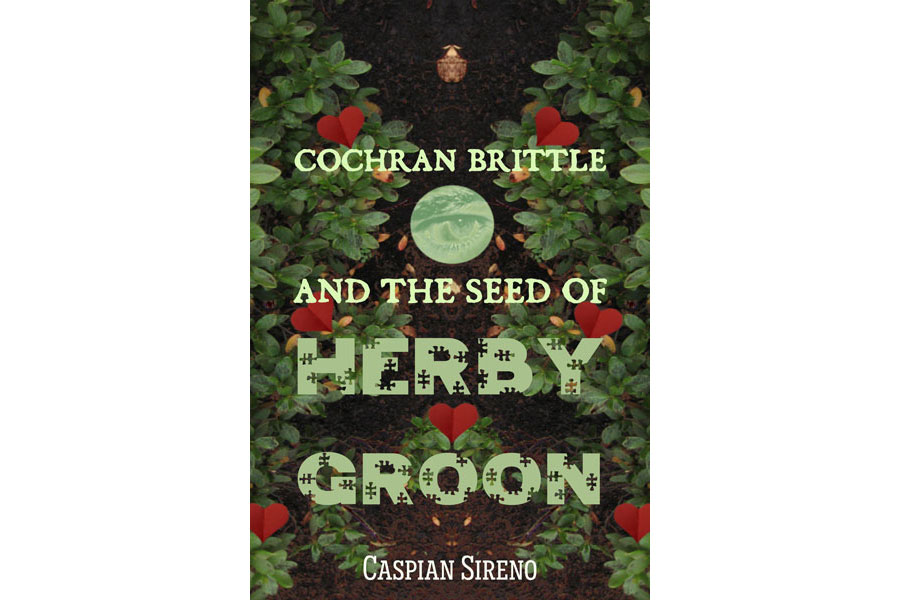 Cochran is a flora appreciator who purchases a peculiar plant on his nineteenth birthday, and he names it Herby. Little does the poor virgin know that Herby can shift into the green and leafy stud of his (wet) dreams.

Could there be room for romance? Who knows? But pleasure comes first in what could turn into a unique experience.

Too bad Herby doesn’t speak English. Oh, well. He certainly speaks body language, and quite well from what Cochran is about to discover.

Cochran Brittle and the Seed of Herby Groon is a 6,200-word short story.

Quite a distance from sullen, but not quite lively or animated. It just was, and it needed a permanent windowsill to rest on. It needed to be given not just proper care, but the tenderest of love that only an appreciator of Earth’s diverse flora could give.

And there it was, among the other equally-small plants on the purchase rack: an herbesco succidus, according to the information tag. Er-bess-coh soo-chee-doos? Who knew how it was pronounced? Oh, but lush it was in its semicircular pot like half a blue ball. And it was verdant despite its patchiness, with a thick, six-inch stem resembling a small cactus, but without spines or thorns. No, instead, the smoothness of the non-bushy sections called for a stroke just for kicks.

Cochran Brittle didn’t break his gaze from the herbesco succidus after the male clerk’s words filled his ears. “I can’t stop looking at it. It’s like nothing I’ve ever seen.”

“Oh, it’s not like anything you’ve ever seen. I can promise you that. Virtually all my customers have found this plant to be ugly and it’s just been a tough sell for me.”

Cochran shifted his focus on the clerk whose nametag read Dick. “Hmm.” A barely visible slit on the round tip of the herbesco succidus caught Cochran’s eye, and he hadn’t noticed it before. “Did someone try to cut this plant trying to be funny or something?” He pointed at the inspection.

Dick chuckled. “No, no. That’s the secretion opening, another reason my customers wouldn’t dare to buy this plant. They tend to think it looks a bit vulgar.” He cleared his throat and looked around his shoulders. Only two other customers remained in the shop, standing from afar in a different section. He inched closer to the plant and wrapped his fingers around a smooth section of the thick base. With a nonchalant face, he gave it a repetitive stroking motion, up and down, up and down.

Cochran arched an eyebrow, and he, too, glanced around his shoulders before taking another glimpse with slightly tingly cheeks. He pursed his lips to suppress a giggle.

Stroke after stroke in a speedy pace for about one minute, and a translucent, sap-like substance oozed out of the opening in the speed of molasses. “There’s the sap. If it’s sappy, it’s happy, I always say.”

Cochran’s eyes bulged. Er…more like fappy. His head turned toward the other customers once again before returning his gaze to the herbesco succidus. His cheeks became hotter than ever. How could a plant do such a thing? Was it magical? No way, it couldn’t be. Magic didn’t exist. Real life said so. Just like the one time he’d thought he’d seen a mermaid in the lake. Nope. Not real.

“Too bad it doesn’t have a mate. It could use some company.”

Dick smiled. “Taste it.” He said it so coolly.

“Of course. Unlike most sap, this one’s edible.” Dick lifted an eyebrow. “Would I seriously put my customers in danger after running the most successful flower shop in town?”

Maybe he had a point. What harm could the sap do? It looked neither gross nor delicious. It just was.

Cochran swallowed, his heart rate increasing a little. Yet again, he checked on the other customers first. Everything clear. He extended his finger toward the opening and scooped a decent amount of the sticky sap on it. He bit his lower lip and stared at it.

Cochran licked his lips. Was he actually going to do it? Oh, well. He supposed he could sue the shop if something terrible happened to him. After all, he could use the money to afford an apartment larger than his tiny downtown studio.

Cochran aimed for his mouth, froze for several seconds, and his trembling tongue met the sap.