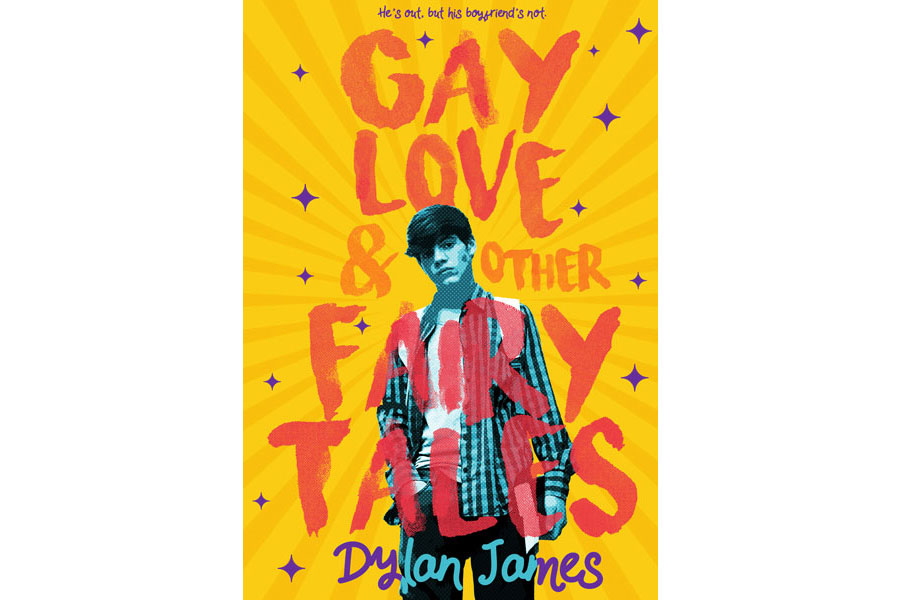 Jordan Ortiz decides he can no longer hide who he truly is. He’s gay. He comes out to his family, then he comes out to everyone, and it goes well. Like, way better than he thought possible. But that’s about where it ends. There aren’t enough out gay kids at school for him to build a queer social life or even consider the possibility of dating. For now, he’s happy to be the gay bestie for his BFF, Hannah.

Benjamin Cooper is the captain of the football team and has known Jordan for almost his whole life. And he has a secret. When they won an award at the science fair in grade nine, Jordan hugged him—and that’s when Ben realized he had feelings for Jordan. As he watches Jordan come out and flower into who he is, he can’t help but feel ashamed—ashamed at what a coward he is compared to Jordan.

When a broken leg and fair-weather friends leave Ben feeling lonely on Christmas break, he spends New Year’s Eve with Jordan, just hanging out in his basement like they used to years ago. But as the countdown to midnight happens and the ball is about to drop, Ben has something else in mind. At the stroke of midnight, he kisses Jordan.

What starts with a surprise kiss leads to a year of shared secrets, hidden love, relationship troubles, and broken hearts. Through it all, one fact holds true—Jordan loves Benjamin and Benjamin loves Jordan. But is that enough to carry them through when Ben wants to stay firmly in the closet, to the very point that this might destroy what hope they have of true love?

I can’t keep counting down like this. I’m going to drive myself insane. I’m going to kill the mood if I’m glued to the clock. I hear some rustling beside me and I see that Jordan has pulled out his phone and he’s scrolling through Instagram. He suddenly angles his phone away from me.

He hesitates, then says, “Nikki’s posting pics of her and Winston.”

“I’m not her boyfriend,” I say automatically. I’ve never actually said that to anyone. I’ve always just let people make their own assumptions and I was happy to play along with it. “We were never together.”

“I make her look good in photos, but I have no interest in her,” I say. I can feel a bead of sweat forming at my temple.

He scoffs. “You put on a good act then.” He goes to her profile and scrolls down until he finds pictures of me and Nikki. Together. Kissing.

“That’s exactly what it is. An act.” My heart is beating so hard it feels like it’s going to punch through my ribs.

He looks at me like he’s assessing me. “She’s gorgeous,” he says. It’s like he’s pushing me, like he knows what I want to say, even though I don’t think he has a clue. “She’s a control freak sometimes, yeah, but she’s gorgeous.”

“Oh?” He shuts off his phone and tosses it on the couch between us. “What is your type?”

You. You’re my type. But can I say those words out loud? Hell no. Coward.

Instead, I turn my attention to the TV. Fourteen minutes left.

“I’m still figuring that out,” I say.

He seems to accept that as an answer, or at least accepts that I’m not ready to talk more about it. We silently watch the rest of the countdown and inwardly I’m kicking myself again — way to ruin the mood right before the hug! I’m saving my last mouthful of Bud Light for midnight, so I’m just sitting here idly holding an almost-empty can of beer.

Finally, what seems like ages later, we’re down to less than a minute. Slowly, the energy in the room warms up. I lean forward, like getting closer to the TV is going to somehow make this more exciting. Beside me, Jordan does the same.

“Ten!” he says out loud, joining the cheering people on the screen counting down.

I take that final swig of beer, letting the alcohol give me a burst of courage. I stand up and hold my arms out and Jordan stands up and comes into them. I wrap my arms around him, holding him tight.

“Happy new year,” he whispers back.

I know I should let go, end this hug, because it’s getting too long — it’s past the limit of how long friends hug. But I don’t want to let go.

I never want to let go.

Jordan feels so right in my arms.

But there’s something I want even more.

I loosen my arms a little bit and he backs up just an inch or two and he looks up at me. His eyes sparkle in the light and I can see a question behind those clear, brown eyes. He knows something is different.

With the alcohol pushing my decisions, I angle my head in and kiss him.

He puts his hands on my chest like he’s ready to push me away, but I keep kissing him, even though he’s not moving his lips, even though he’s as still as a statue. Panic starts to rise in me and I can feel myself starting to shake. Jordan isn’t responding.