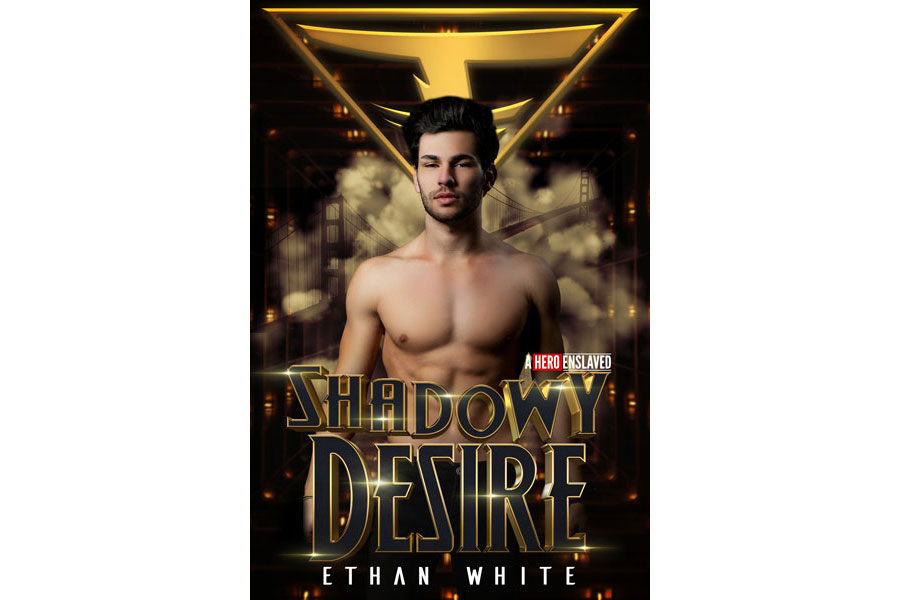 A large screen on the wall crackled with static. For a brief moment, the black-and-white spiral that had been whirling for what felt like an eternity seemed to glitch, and a quiet moan, delirious with pleasure, drifted through the air. “Oh ... Oh ... What was that?” teased a familiar figure dressed in royal blue edged with brazen gold — Imperious. “Did I just hear a moan?”

“Nnnh...” was the only response that the villain got from the young man trussed up in the chair facing the screen. The stark white ropes stood out against the midnight blue of his skin-tight suit, at least on the parts where the suit was intact.

Tempest had been staring at the screen for what felt like an eternity. He didn’t know how he had gotten there, though granted he didn’t know much of anything anymore. His head was foggy, his thoughts impossibly slow, like all of his brains had been sucked out by the spiral on the screen in front of him.

The suit, engineered to withstand even the highest voltages coursing through Tempest’s body, and fabricated out of the strongest composite materials available, was in tatters around Tempest’s tight, muscular body. His ass, still wrapped in a sleek black jockstrap, was fully exposed.

The chair that Tempest was tied on was no ordinary chair, either. It would have fit better in a gynecologist’s office, what with the stirrups that kept his legs spread open and in the air, his erect cock poking up from between his legs.

Struggle was something that Tempest had long since given up on. His eyes were fixed on the spiral, his head gently bobbing as drool dribbled from his lips onto the glistening muscles of his chest. His cock twitched, pre-cum dripping from the tip onto the chair underneath him.

Imperious chuckled as he walked around to the back of Tempest’s chair and placed his hands on either side of Tempest’s head. He forced Tempest to look right at the spiral. “Yes ... Yes ... That’s it my precious little hero ... just keep looking at that spiral ... letting it drain away every pesky little thought in that heroic head of yours...”