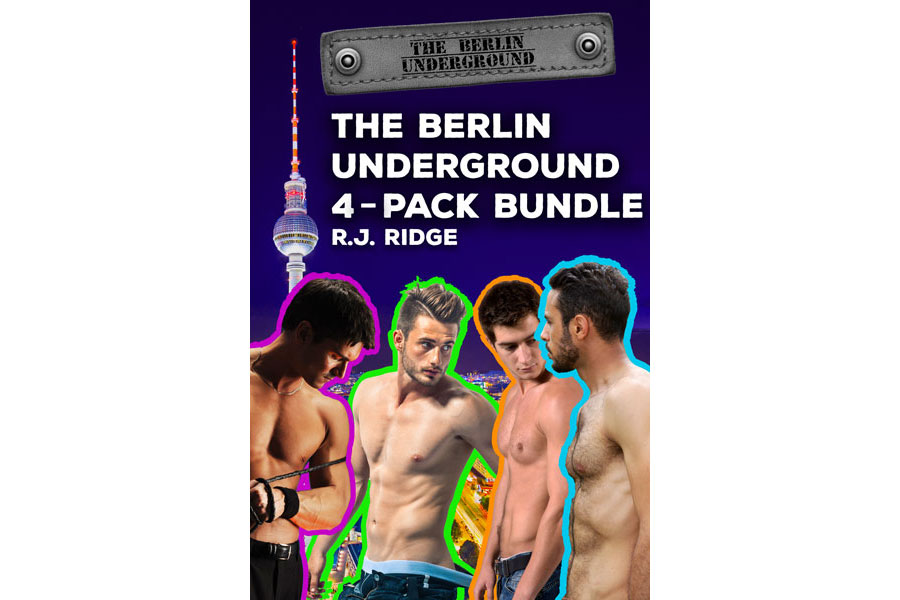 The Antinous Society is an elite club of Berlin’s most powerful men who engage in their most carnal desires. Peter craves nothing more than to take his place among these men. But to become one of them, Peter must not only survive the dreaded Dungeon Games, he must come out on top.

“Number four-nine-five!” a voiceover said in English. People started to look under their drinks.

Sure enough, under my glass was a small strip of plastic stuck to the bottom with the lucky numbers.

“Oh God,” I said, “what now?” Dolf had inserted a random fan’s beer bottle into his ass, and given it back for him to drink. Although I could respect his talent, if having a wide-open hole could be considered as such, but I was hardly a fan. I had a flashback to Noah and my night at a Berlin bar when a young twink got fisted on stage. My body shivered with the thought Dolf might do the same to me. “I don’t want to get fucked on stage,” I yelled to Mark.

“Just get up there,” he said, and started pointing at me so the whole warehouse knew who the lucky winner was. Gulping, I had no choice but to make my way to the stage, surrounded by perfect bodies and mean, jealous eyes.

“What’s your name?” the famous Dolf asked me. He smelled like lube and poppers.

“Roll up your sleeve,” said his leather-bound assistant. With nowhere to run, I did just that. He unfurled a black silicone glove, long enough to birth a calf. With all the tenderness of a doctor’s office, the assistant raised my arm and slid the leather sheath over it. The crowd edged closer as I saw Dolf take a blast of poppers and realized what was about to happen. They wanted me to fist Dolf.

“Are you ready, Peter?” Dolf yelled to the crowd.

“Um…” My glove was slathered in lube as Dolf shuffled backwards. His hole beckoned. It didn’t look very open, but the crowd was starting to chant and clap their hands in time.

“Come on, Peter, give me your best shot. Who wants to see me get fist fucked?”

The crowd cheered. I had no choice. Sucking in an anxious breath, I approached with one gloved finger. It slid straight in. Dolf arched his back and pushed into me. I didn’t even have to move for his ass to expand around my knuckles.

“Fist him, fist him,” the crowd chanted.

What was I to do? I withdrew the half of my hand already inside, and more lube was squeezed on. Dolf pulled his cheeks apart and showed me the open target. I made a fist to the crowd, and they cheered. Tightening my grip, I held onto one of Dolf’s ass cheeks for support, then hurled my fist straight at his hole.

Not interested in the bundle? Read the individual stories... 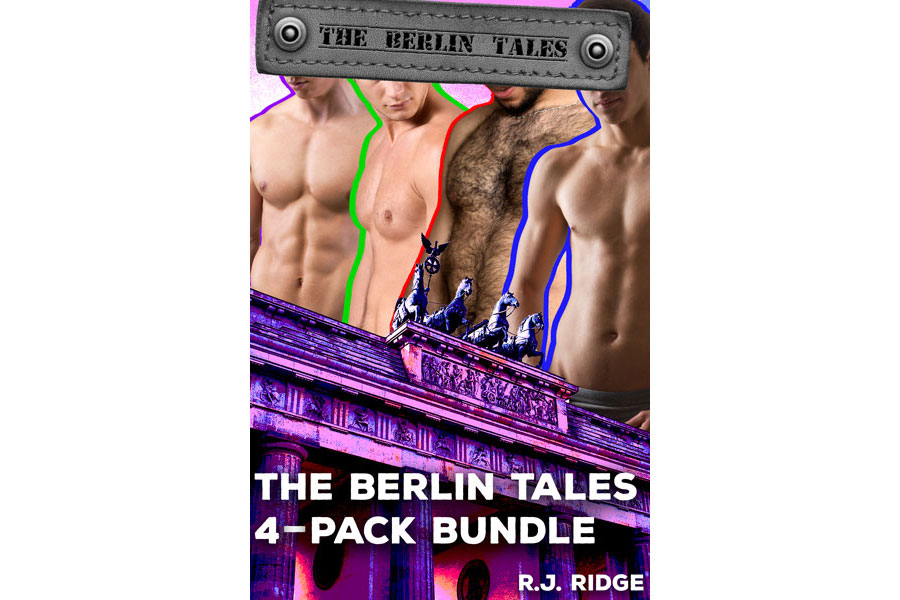 Peter has come to Berlin to do what he’s always wanted to do—give in to his most base sexual desires.

What starts with an anonymous hookup in the dark at a sauna is actually the first step Peter takes on his journey into the sexual underworld of Berlin. As Peter goes deep into kink and forbidden desires, he comes to learn of the very secret—and very erotic—Antinous Society, an elite club of Berlin’s most powerful men engaging in their most carnal desires.

Included in this bundle are:
- The Chastity Cuck of Kreuzberg
- Servicing My Dominant Chastity Boss in His Office
- Slaves Have No Right to Say No
- A Bull at the Forced Chastity Cuck-Fest

I was a few steps behind, but he led me to a part of the sauna I hadn’t discovered yet, and wasn’t sure I would’ve found on my own. The dry sauna was near the showers, and the sandy heat wasn’t my thing. But he led me down a dark corridor that turned into a surprising six-man shower block, then a translucent door to the steam room. The twink hung up his towel outside and slipped in, watching me as I hung my towel up too. Unsure of whether to fully commit (the story of my life), I hung my own towel up and stayed under a cool shower for a good few minutes, trying hard to let the apprehension wash away.

Surprisingly, the steam room was empty. I wondered if the twink had evaporated, but then I noticed a dark door inside the steam room itself. I went into a stifling hot, pitch black room. It seemed to be an open space rather than a maze, but I staggered with my hands out just to be sure. Yet my eyes were useless in the hot steam and thick blackness. I had to listen, to taste the air. Without a doubt there was more than just the twink and I in this hidden place. In fact, it seemed to be the reason why the men I passed by in the corridors before disappeared into nothing. They were all here.

I didn’t make it to the other side of the dark steam room from where groaning sounds and growing sights were also coming, because the tall man reached out a long hand and grabbed my cock. In the darkness there was no need for permission, and no chance to be rejected. He smacked my balls like a cat pawing string as I discovered the outline of his large dick laying against his thigh. I’d found what I never knew I wanted.

Passion overcame me. And the thrill of being alone and utterly unseen. Dropping to my knees on the hot floor, I tongued the tip of his cock, salty and thick, exploring the shaft with my wet lips and having him moan out loud as I did. Maybe this was a signal to however many others were here, the twink included, because as I worked his cock, the heat coalesced around me, as if the men were moving to the back corner of the steam room.

But I concentrated on sucking this ever-expanding cock. His balls were so heavy they rested on the hot tiles themselves, and it took both hands to twist and play with them. He liked that, lifting a heavy leg over my shoulder to draw me in closer. With his hand pushing the back of my head almost to the base of his cock, wiry pubes scratched my nose and it was getting harder to breathe. Eventually I had to retreat from his cock, the hot, wet air reflating my lungs. But he wasn’t letting me go.

I had to stand and stretch my back and click my sore knees, so his hand found my ass. He squeezed and slapped it, ringing the bell out to the men around who I sensed were nearer. I saw the door at the other end of the dark room, the crushed light flicking in the moving shadows of naked bodies. More seemed to be coming in than going out.

He was sitting forward now, jerking his cock as two thick fingers explored my hole. Perhaps he was content to do just that, but I had not come this far, over seas and mountains, carrying luggage and drinking from strange water bottles, to not take what I’d come for. Maybe tomorrow I would wake up feeling different. Maybe I would retreat back to my own world, but I couldn’t come all this way, come to Berlin to have sex, and run away the second it presented itself.

Prefer to read the individual parts of the bundle?