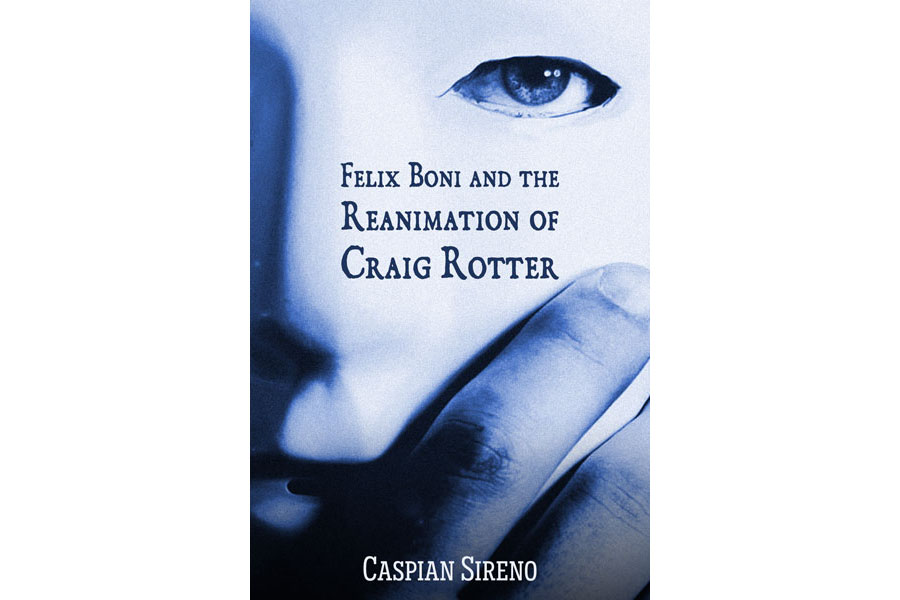 After the death of Felix's first love, Craig, a mysterious man gives Felix a proposition to bring Craig back to life. The catch? Felix and Craig have to take part in a study that records the interactions between humans and reanimated corpses. Why is this experiment a problem? Because they'll be watched with every single thing they do, including the most-intimate moments.

Despite his reluctance, Felix can at least have Craig back, which makes him so happy. Unfortunately for Craig, his new state is anything but pleasant. It's bad enough that he can't be seen in public without a mask. He can't even see his own family!

Now, Felix has to make a choice. He could continue with the experiment indefinitely, facing a rough life with no privacy. Or he could simply break it. But if he chooses the latter…

Felix Boni and the Reanimation of Craig Rotter is a 15,500-word novella.

Someone knocked on the door several times in an off-kilter pattern. Felix’s eyes fluttered until he was fully awake. He lifted himself and sat on the edge of his full-size bed, yawning. Should he change out of his shorts into something decent? Or just throw on a T-shirt? Then again, maybe if whoever it was saw him shirtless and in this mood, they’d get the hint and leave him alone. Just because it was still his birthday didn’t mean he needed company. He’d already ignored his neighbors’ texts to go out to a bar as their way of cheering him up, but they didn’t know Craig the way he did, so they’d never understand the grief.

Felix grabbed his phone from the end table and glanced at the screen. He’d napped for three hours. He might as well have gone to sleep for the whole night. He placed the phone back on the surface and stood up. He glanced at the large window just a few feet to his left in the center of the living space, the only window in the unit. The lamp posts shone the path for the horse-drawn vehicles that strolled down the brick road with routinely pristine pavement on either side. He managed a tiny, reminiscent smile at the times he and Craig had ridden a carriage since motor vehicles were forbidden in town. They’d hung out at various places as a two-man adventure, especially in the woods at the main park, their favorite spot.

Another couple of knocks.

Felix rolled his eyes and trudged just feet away toward the entry door. If only he could afford a larger unit than his 300-square-foot one to fit more stuff, but the prices for the one- and two-bed chased his wallet away.

He stopped to rub his eyes from the temptation to crawl back into bed, and he let out another yawn.

He nearly jumped from the harder poundings than earlier, especially from the proximity. Incoherent grumbling from the other side of the door filled his ears, and he leaned toward the peephole.

A guy in a hoodie stood there with his head lowered and face hidden. That was a huge hoodie for someone who didn’t seem large enough to justify the size. He was about Felix’s height of five feet eleven inches with exaggeratingly baggy jeans and worn sneakers, all dressed in black. Who was he?

Felix’s heart raced. Should he answer the door? Should he open it and take the risk?

The guy grumbled something like earlier. What was he saying?

Felix bit his lower lip. “I’m not opening the door until you tell me who you are.”

“Fe-lix,” was all the guy said in a throaty tone.

Felix’s heart pounded harder than the door at the familiarity of the voice. No, no. It was impossible. It couldn’t be!

Felix took a few steps back with widened eyes, his body quaking, and his breathing converting into a series of drawn-out puffs. No, no, no.

No! He was supposed to be dead! But who else could that voice belong to? Sure, some people sounded the same as one another, but not in an uncanny way, right? There was only one person who had a voice like the love of Felix’s life, and that was…

More knocking, more pounding. “Fe-lix!” This time, it was as whiney and whimper-like as a drunkard.

Felix gasped. “Craig…” His tone was barely audible. His speech reduced in ability.