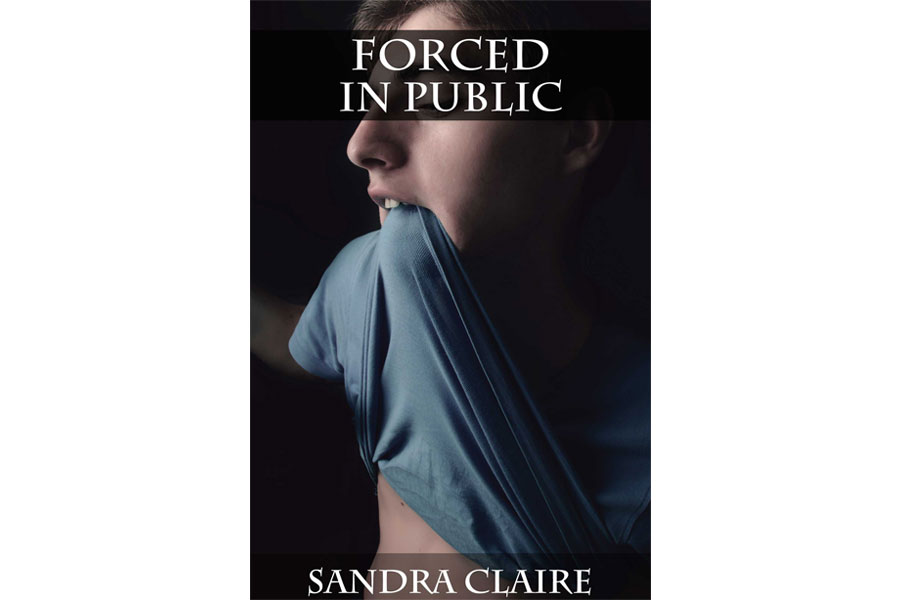 When Kyle gets horny in the middle of a long flight from Canada to Australia—while stuck sitting between two hot, straight men—he can do nothing except try to hide his erection and focus on the vacation ahead of him. But then the straight guy next to him pulls out a gay magazine. With almost all the passengers fast asleep, Kyle decides to go for it and flirt with the straight guy—something timid, shy Kyle would never normally do, but maybe if the guy was interested, they could do something when they landed in Sydney. The straight guy can’t wait that long. He grabs Kyle and forces him to suck him off in the middle of the flight. The guy seated on the other side of Kyle, who had been fast asleep, wakes to the sounds of a blowjob—and suddenly Kyle, a man who never takes risks, is joining the Mile High Club.

WARNING: This 4,200-word short story contains an explicit oral sex scene between a young man and two older men that will get you hot and bothered, and is intended for mature adults only.

The guy went back to reading his magazine, ignoring me. He flipped the page and I glanced out the corner of my eye to find a new provocative shot of the muscular model — now the guy was in the changing room at the gym, putting on his socks, bending over so that his ass was sticking up straight at the reader.

I wondered if this guy’s ass looked as amazing as the model’s. Fuck, I had to stop thinking like that. I needed to get my mind off of this guy and back onto more wholesome things. I could have dirty thoughts as soon as I got off the plane and away from him. I could jack off in my hotel room for the whole vacation if I wanted, but right now I had to get my mind out of the gutter.

I forced myself to think, instead, of the Sydney Opera House and of the Harbour Bridge — the two tourist trap sites I was most looking forward to. And, of course, Bondi Beach. I had plans of laying in the sun for hours, soaking up the rays in my brand new Speedo. I bought some new sunglasses to help me hide the fact that I’d be checking out the asses of all the guys that walked past me in their own skimpy swimwear.

And then my mind turned to the guy next to me, as I wondered how he’d look on the beach. I bet his bulge would really fill out his skimpy spandex shorts and his ass would have a nice curve to it. I’d lower my sunglasses seductively and catch his eye and then look toward a stand of bushes we could romp around behind. He’d grab his bulge and—

I felt my cheeks burn with embarrassment, even though it seemed the hot guy next to me hadn’t noticed. I crossed my arms, trying to keep them away from my crotch. But then I realized that just allowed my bulge to stand out prominently. I quickly folded my hands and lay them in my lap, doing my best to cover the mountain between my legs.

The guy next to me still hadn’t seem to have noticed — thank God — but this was getting increasingly uncomfortable, almost to the point where I wanted to call an attendant and ask to switch seats. I didn’t think I’d be able to last several more hours in this seat. I needed to either move away from him or just jack off in the washroom — but I was still too terrified to do something like that.

And then I heard his magazine rustle again, but he hadn’t flipped the pages or anything. I turned to look at him, to get a better look — his right hand was holding the magazine, but his left hand had disappeared between the magazine and the wall of the plane. Was he ... was he jacking off?

I lifted my gaze to look at his eyes and found that he was looking at me, not his magazine, and that look of disgust was gone. Instead, there was a look of desire. My heart raced in my chest, thumping against my ribs. I felt my mouth go dry as I opened it, trying to form some words, something to say to him. His eyes never left me and it felt impossible to come up with a coherent sentence as long as he looked at me with such heat.

He folded his magazine and tucked it into the seat pocket in front of him. His fly was open and his cock, long and hard, stood upright and his balls dangled against his jeans. His dick was wide and had a thick ring of foreskin bunched around the purplish head. A bead of precum formed at the slit and I licked my lips, imagining the sweet taste of it.