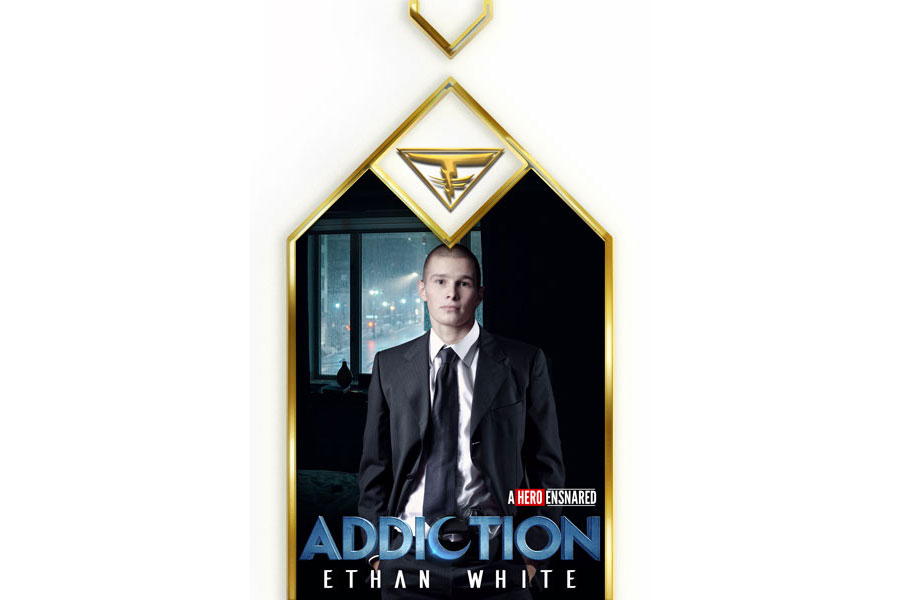 The encounter in the forest haunts Castor. No matter how hard he tries, he can’t get those blue eyes out of his mind. He’d heard the stories but he’d never imagined the archvillain Imperious could leave such an indelible first impression.

He’s almost helpless to resist his body’s wants. Even when he has a mission of utmost importance, he can’t help but indulge his carnal nature—a nature that Imperious had exposed not too long ago.

Addiction is a 6,800-word short story and part three of a four-part series.

He needed to stop.

He needed to resist. Just this once.

He had to pull his hand out of his pants, fix his clothes, and look presentable. Corey’s date was due to arrive any minute now to pick him up. But his hard, swollen cock just felt too good to ignore.

And if there was anything he’d come to understand over the last month, it was that he was powerless to resist the insistent, needy throbbing of his arousal. Fuck.

There was no use fighting. He couldn’t win. He didn’t have the strength, the discipline, or the willpower.

Once upon a time—back when he’d been a real hero—he might have managed to put duty before self-pleasure. Not anymore. That was abundantly clear.

There was only one option now: surrender. He could struggle vainly for the next few minutes only to fail or he could just…let his cock take control.

That way, at least, there was the faint hope he’d finish in the few minutes he had left to spare. If he was lucky, he’d finish with enough time to spare to get all presentable again.

Reluctantly, Castor pulled his hand out of his pants. He unbuckled his belt and unzipped, sighing with relief as the tightness eased on his erection.

He looked down between his legs and licked his lips as he fished his cock out of his underwear. It twitched in the cool air, pre-cum dripping down the underside. It was a wonder he hadn’t yet made a wet spot in his pants.

His breathing became shallower. His chest rose and fell rapidly, his eyes fluttering. He moaned as he worked his hand up and down the length of his shaft.